The View’s Sunny Hostin Accuses Bethenny Frankel of Defamation After RHONY Star Slams Her on WWHL, Plus Bethenny Responds to Kelly Bensimon’s Dig 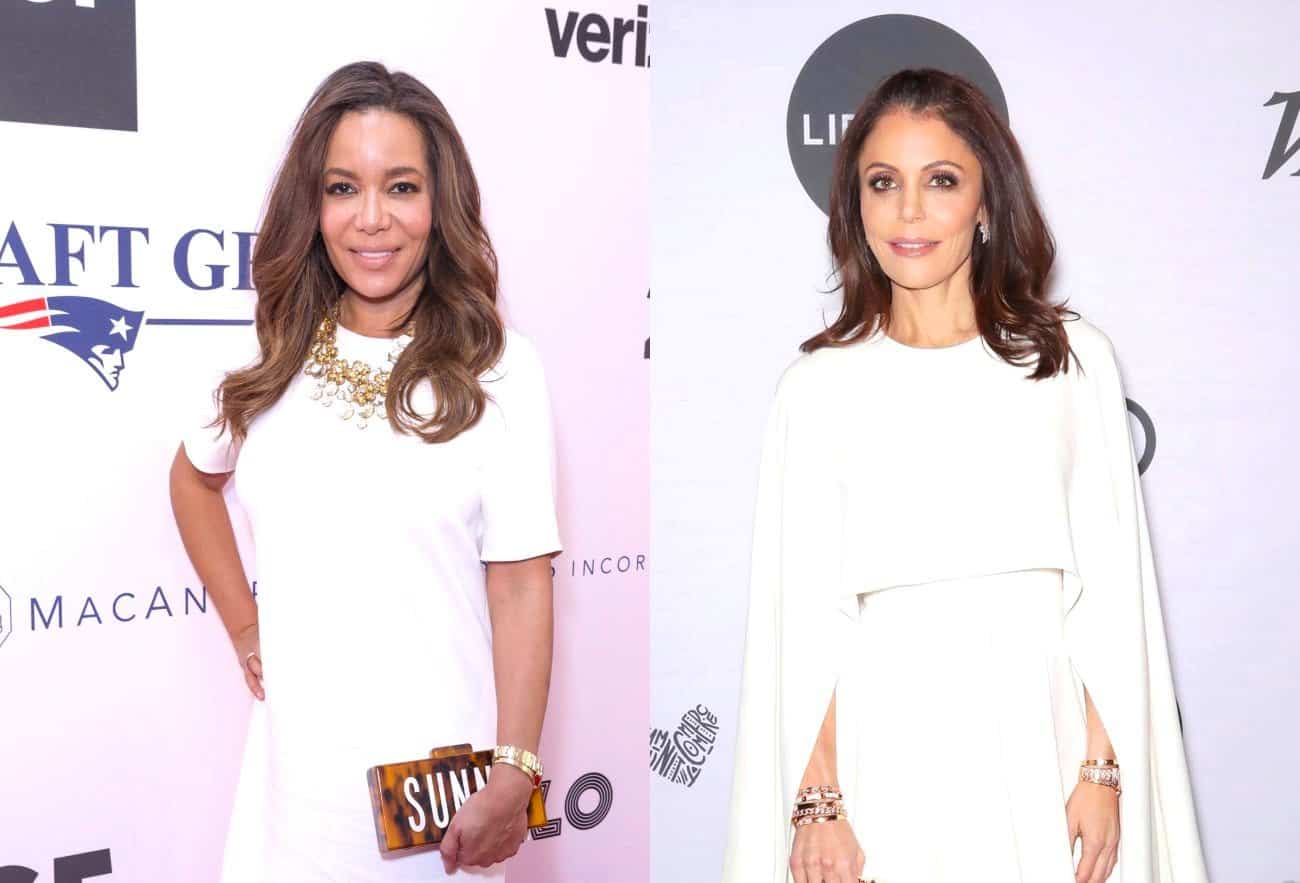 Bethenny Frankel appeared on last night’s Watch What Happens Live, where she spoke of her recent feuds with Sunny Hostin and Kelly Bensimon.

Before addressing Kelly’s comments about not caring about her pregnancy with daughter Bryn, the Real Housewives of New York City star sparked a messy Twitter feud with The View co-host Sunny Hostin. This resulted in Sunny being blocked.

After being asked about Sunny’s claims about Bethenny yelling at her child on a beach, the reality star said she didn’t know what was going on between them.

“I think she’s been drinking or taking some drugs,” Bethenny suspected.

Following Bethenny’s shocking suggestion, Sunny responded on Twitter by accusing her of defamation. Sunny also asked her friend Regina Jansen to speak up about what she had witnessed.

“Not surprising that a Reality TV personality who yells and bullies little kids on a beach lies. But I have witnesses [Bethenny],” Sunny tweeted. “[Regina Jansen] feel free to weigh in. #receipts Oh and [Bethenny] – defamation ain’t cute…….” 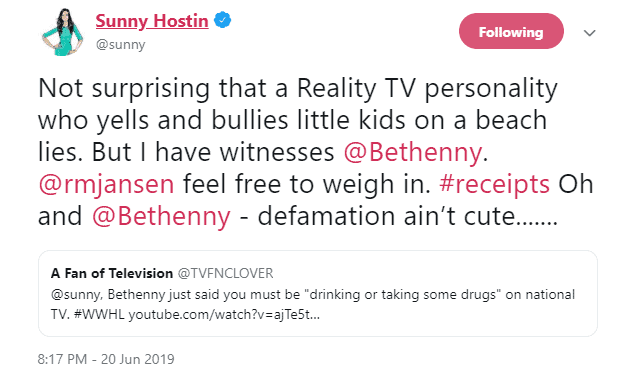 “Co-signed!” Regina replied. “Bethenny you yelled at our kids playing during the day. I was in the house & heard you yelling at our young kids to lower their voices because your baby was sleeping. Heard you & wondered ‘Why is this gown [sic] woman yelling over a fence at my child?’ [Sunny] handled it.”

Co-signed! @Bethenny you yelled at our kids playing during the day. I was in the house & heard you yelling at our young kids to lower their voices because your baby was sleeping. Heard you & wondered “Why is this gown woman yelling over a fence at my child?” @sunny handled it.

After Sunny and Regina shared their posts about Bethenny, it wasn’t long before Sunny was blocked.

As for Kelly’s recent statements on the Out in the Wild podcast, Bethenny slammed her former co-star for acting insane.

“Really? If you want to take a look at insanity, listen to that. Don’t read it because Dorinda said, ‘I listened to it and it’s like watching Scary Island.’ So I’m going to promote these people that are sitting there trying to act normal while she’s like, ‘I am like real. I live and… am. And Andy hates me because I was on Shape Magazine and I have leggings.'”

“If she wanted vindication from Scary Island, this is Scarier Island,” Bethenny added.

During Kelly’s podcast interview, she claimed that Bethenny was neglectful during her pregnancy with her daughter.

“She was pregnant this entire time and was having serious issues with her unborn child and she’s flying back and forth pretending to film with her dying father in LA, but really just filming in the car and never saw him,” Kelly alleged on June 3. “And I’m like – you want me to film with a woman that doesn’t even care about her kid in her stomach? She’s like, ‘Oh, if I have a miscarriage whatever.’