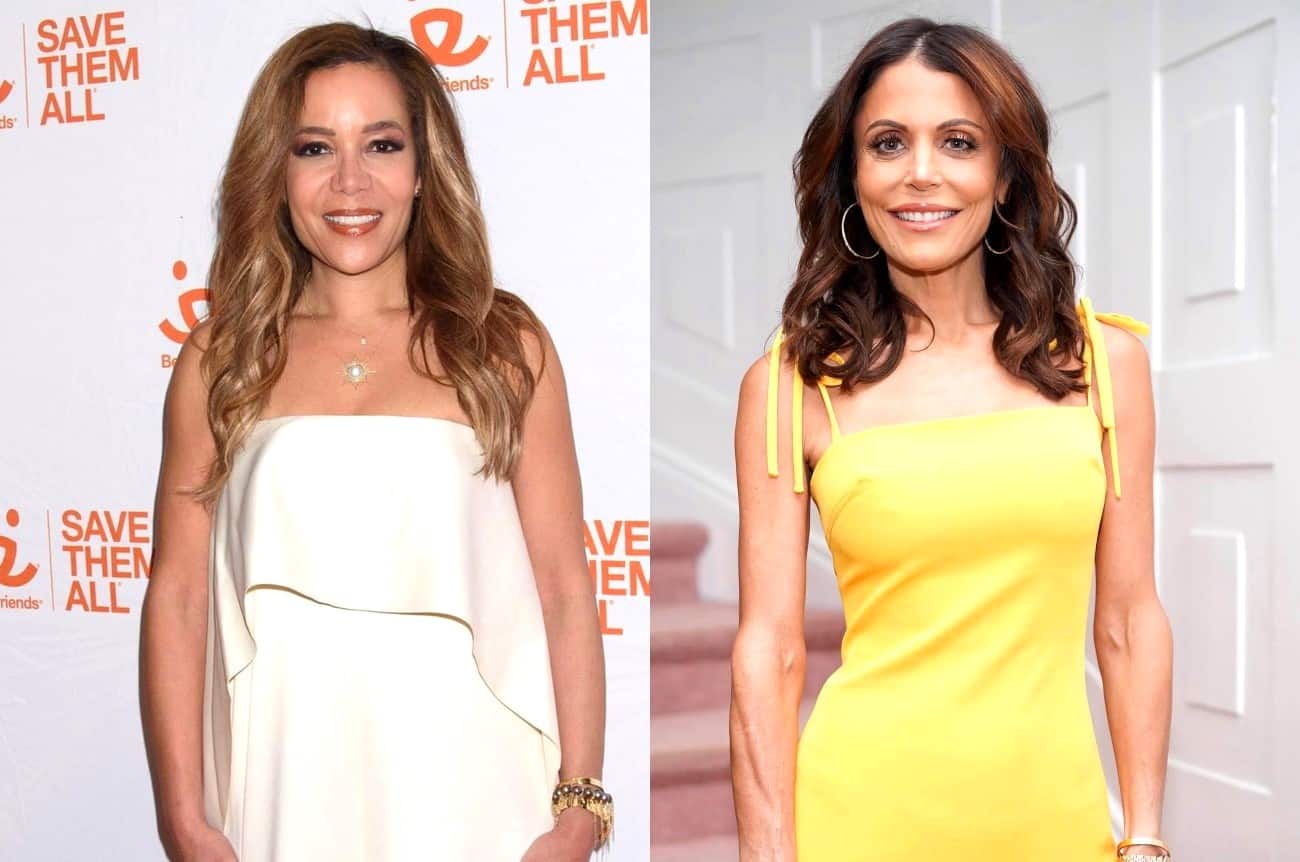 Bethenny Frankel is being called out by The View co-host Sunny Hostin.

During the Thursday, June 13, episode of the talk show, Sunny explained that she had seen Bethenny’s outbursts firsthand after Wednesday’s episode of The Real Housewives of New York City. During the episode, Bethenny Frankel lost her cool when confronting Luann de Lesseps about being self-centered.

While discussing the episode and Bethenny’s breakdown, Meghan McCain guessed that Bethenny was having a “grief panic attack,” as she was bringing up older issues, including the sudden loss of her ex-boyfriend Dennis Shields to an accidental drug overdose.

But Sunny disagreed and repeated a story about her own negative interaction with Bethenny from years ago.

“I don’t know Bethenny, but I’ve seen her behave that way on the beach when she was yelling at my kids,” Sunny started to explain, revealing that producers were telling her to not discuss the issue on the show in her earpiece. “They’re telling me not to talk about it in my ear.”‘

Sunny, however, continued to explain the incident.

“I’m just saying, I’ve seen that kind of behavior when Bethenny yelled at my child on the beach,” Sunny continued. “It was in the middle of the day and my child was about 7 playing with other children at about 2 o’clock in the afternoon and she said that her child was napping inside with the window open and that our children were being too loud on the beach.”

“I went out there and stood in front of my child and I yelled at her and told her adults speak to adults,” Sunny added. “And she knows I’m telling the truth.”

This isn’t the first time that Sunny has expressed her dislike for Bethenny. Just last year, the two got into a Twitter war over accusations that Bethenny publicizing her charity efforts was self-serving. Sunny felt that Bethenny was only helping out so she could get some positive press, including walking around disaster-hit areas with a camera crew.

LUANN DE LESSEPS FIRES BACK AT BETHENNY OVER MIAMI BLOW UP!

Bethenny fired back and stated that the majority of her charity efforts and visits to disaster zones were not captured on camera.