RHONY’s LuAnn de Lesseps Slams Costars and Bethenny Frankel After Miami Blowup! Says it Had to Do With Bethenny’s ‘Own Anger’ and ‘Guilt,’ Plus See Luann’s New Music Video! 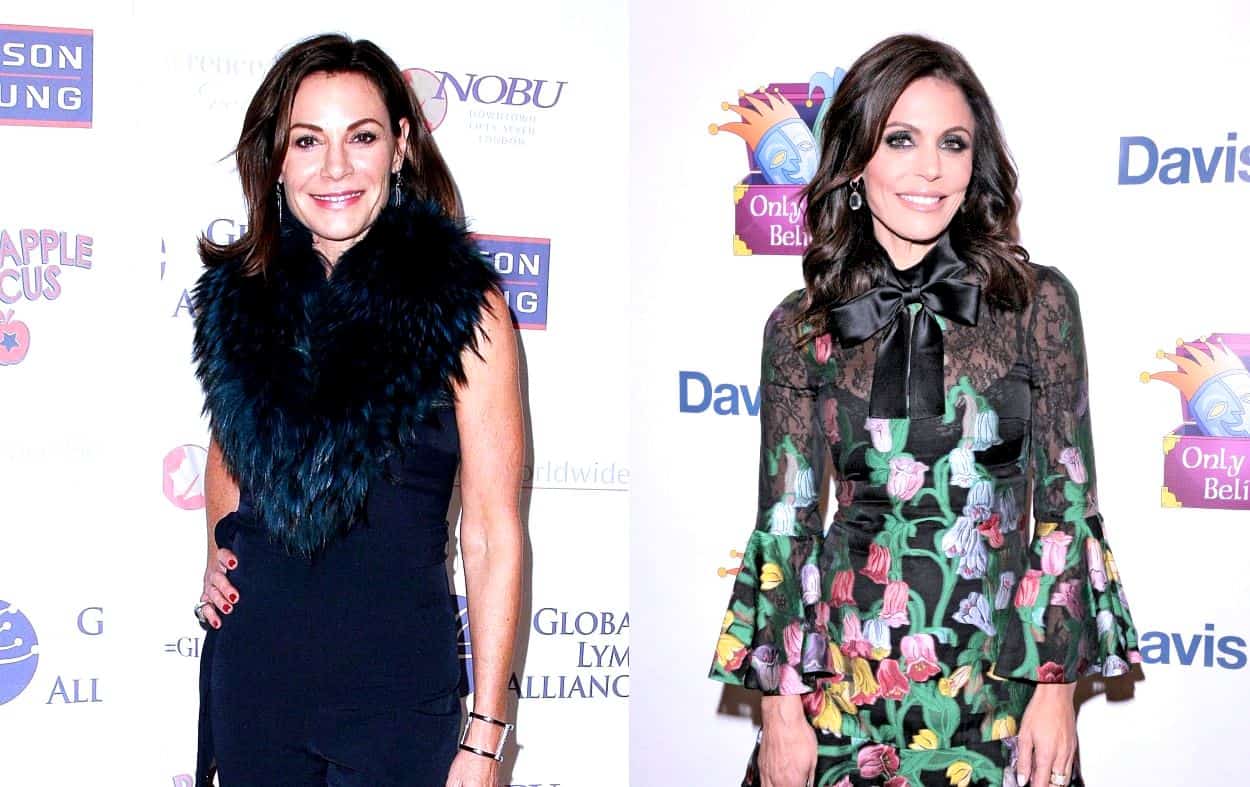 LuAnn de Lesseps is speaking out after her blowout fight with Bethenny Frankel on last night’s episode of The Real Housewives of New York City.

After the two women were seen engaging in a screaming match, during which Bethenny labeled LuAnn de Lesseps “insufferable” and slammed her for failing to check in on her after Dennis Shields‘ death, LuAnn shared her thoughts on their dispute on the series’ After Show.

“At this point, I’m dealing with a bunch of gangsters. It’s really Lu against the Motley Crue,” LuAnn explained. “They are all after Lu. The family is all at the table… and then Tinsley’s got to chime in, and slurring? Forget it! I don’t want to hear it.”

While attempting to enjoy a group dinner, Tinsley Mortimer brought up the fact that LuAnn never checked up on Bethenny following Dennis’ tragic passing, even though Bethenny helped her get back into rehab just weeks prior. In response, LuAnn made fun of Tinsley for slurring her words. This set Bethenny off and led her to accuse LuAnn of dining out on her sobriety.

“I think for Bethenny to say that I dine out on my sobriety, that I use it as a crutch, is really lame and one of the most hurtful things I’ve ever heard in my life. What does Bethenny know about sobriety?” LuAnn wondered during the After Show.

According to LuAnn, she doesn’t believe her behavior set Bethenny off. Instead, she believes she was a victim of Bethenny’s own anger and guilt.

“I think Bethenny’s got a lot of issues and a lot of anger and a lot of stuff going on in there. It’s not just about me,” LuAnn explained. “I think her breakdown had a lot to do with Dennis, with her own anger and her own issues, and her dating and her guilt. There were a lot of things bottled up in that explosion.”

In more Luann news, she just released a video for her new single, ‘Feeling Jovani.’ Check it out below!