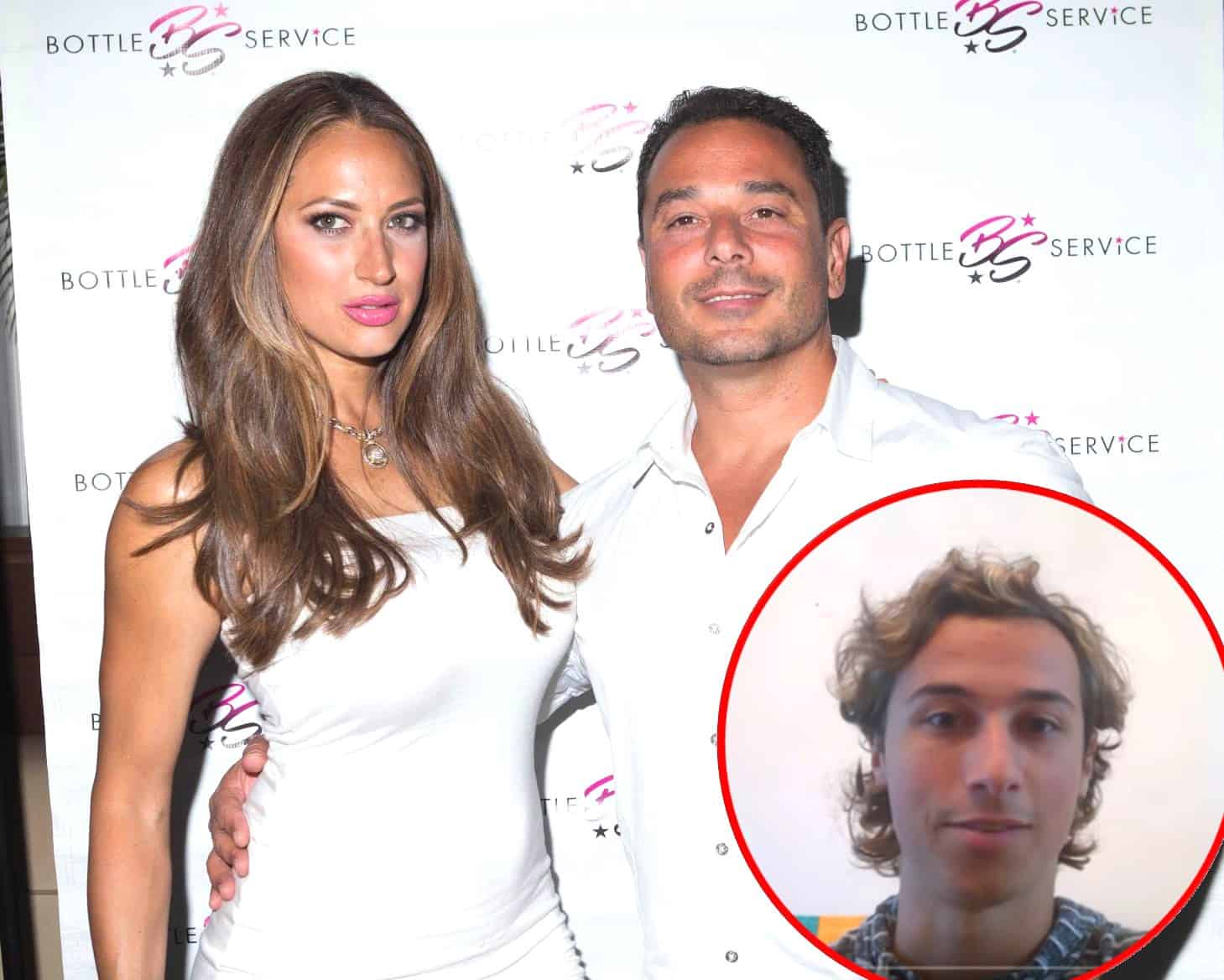 UPDATE: James has vehemently denied any claims that he exposed his younger brother to inappropriate images. The original story is below.

Jim Marchese is speaking out against claims of potential homophobia.

After being accused of refusing to pay for his son’s college tuition because he’s gay, Jim and his wife, Amber Marchese, a former Real Housewives of New Jersey cast member, are admitting that the allegations against Jim have “been hell.” Jim says his son, 19-year-old James, never actually came out to them.

“We weren’t really afforded a sit down saying…’I have to tell you something, I’m gay’ type of conversation, that never happened,” Amber told Celebuzz on June 27.

Instead, they allege that they discovered “p*rnography” on James’ phone, and that Amber’s younger kids saw it. Because James had been lying to them, they claim, they decided to reprimand him.

“We never yelled at him…we never said ‘we hate you’ or ‘we’re never going to pay for anything,” Amber explained.

“He got in trouble because he was allowing friends of his at school…to send p*rnographic images…it should never be in a 14-year-olds hands,” Jim claimed.

Although James suggested on his GoFundMe page that Jim ousted him due to the fact that he’s gay, both Amber and Jim have insisted that they were upset at James because of the graphic nature of what was on his phone—not the fact that the content was homosexual.

On his GoFundMe page, which was launched on June 15, James asked for $35,000 to help pay for his tuition at Fairfield University and said the school “feels like a home.” He also accused his family of ousting him because he’s homosexual.

“At the beginning of 2018, my father ‘found out’ I was gay,” he wrote on the site. “My father has been slowly cutting ties with me until I ‘live according to his standards.’ Essentially, this meant — and still means — that I have to be ‘straight’ and date women while ‘admitting’ that I chose to be gay … With this, my father has refused to help in paying for any schooling because he believes I have to live in his home and follow his preferred life-style to be good enough to receive any financial assistance with school.”

Following the launch of his page, James received over $12,000 worth of donations.

On Thursday, James told Page Six that he has “been working really hard these past two years to try to get as many scholarships as [he] can” to attend Fairfield.

“With not being able to get a co-signer for student loans and me not being able to just take out student loans without a co-signer, I turned to GoFundMe to try raise money just for the rest of the cost for my first year of tuition, because I’m currently working to build up my credit score, so that I can just take out a loan without the co-signer next year and the subsequent years as well,” he said.

Amber and Jim went on to tell Celebuzz that James hadn’t yet agreed to sit down with them and discuss his plans for college.

“He refuses to talk about colleges with us,” Amber said. “As far as the colleges go…I’ve never even heard of Fairfield University, and Michael wants to be a teacher. Economically that is just a bad investment. During arbitration…Jim has made it known that there are other colleges such as Rutgers…or Seton Hall that Jim went to. We were very happy to pay for any of those colleges.”

In regard to James’ GoFundMe page, Amber claimed that it is “one hundred percent complete fabrication, scam, lie.”

“He is very much using the gay card and the emotions of the LGBT community during this month of June. He’s known he’s wanted to go to Fairfield for how long? And he’s waited until this week,” she concluded.

Amber and Jim also spoke out with statements on social media denying James’ claims of homophobia.

Amber and Jim were featured on the sixth season of The Real Housewives of New Jersey.