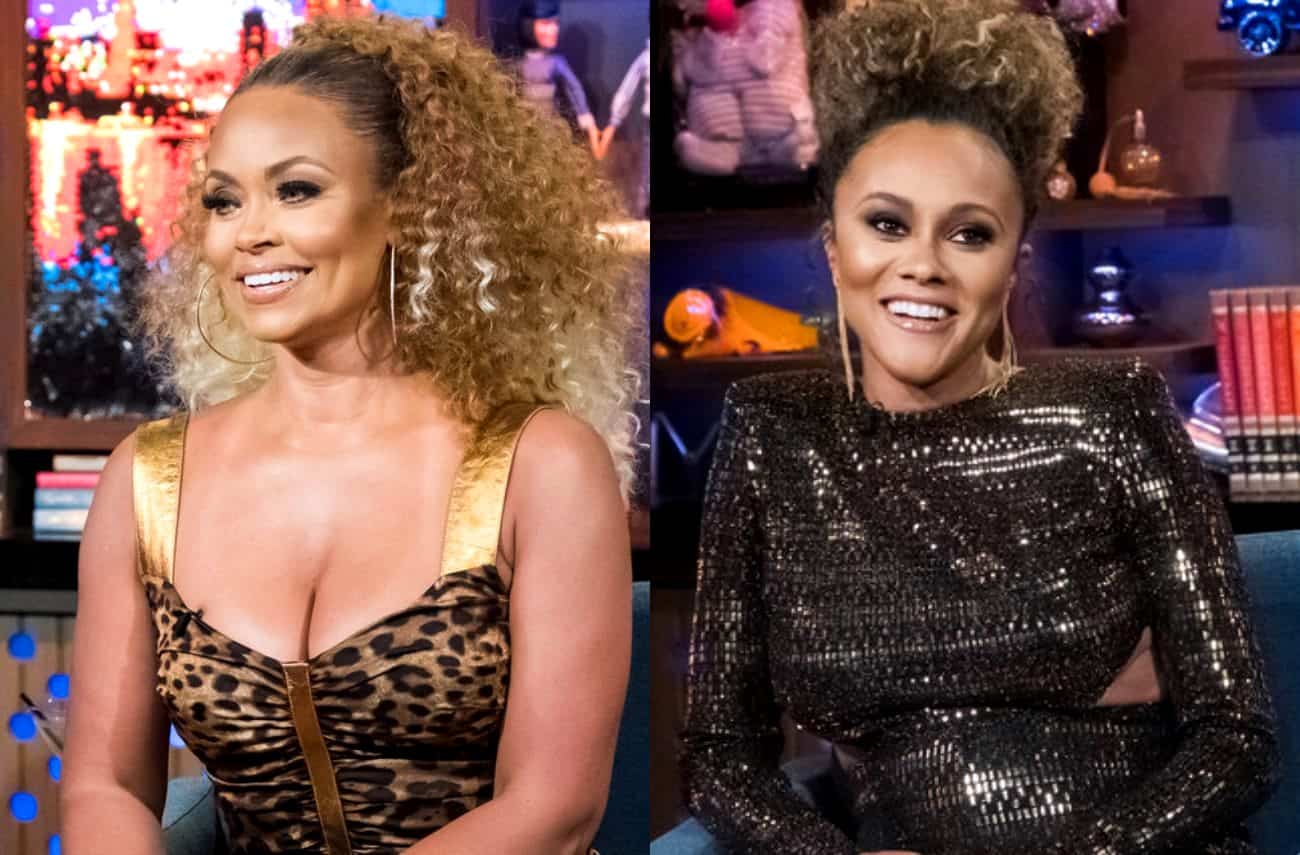 When it comes to standing by her man, the Real Housewives of Potomac star Ashley Darby has her knees locked, as in she’s not going anywhere.

In last week’s episode, Ashley was forced to deal with the aftermath of accusations that the housewives had thrown at her, primarily about how her husband, Michael Darby, allegedly said he thought about being intimate with another man.

As seen in a preview clip from tonight’s new RHOP episode, Ashley confides in Gizelle Bryant, telling her that Michael doesn’t want her hanging around the women anymore as long as they continue to fuel rumors about him.

“‘If these women are going to keep saying these things about me and bashing me like this, I don’t really want you hanging around them,'” Ashley states, repeating what Michael told her. “‘I don’t want them in our lives.'”

Gizelle, obviously taken aback by this, tried to justify the women’s harsh words by claiming they all had her best interest in mind, but Ashley simply didn’t buy it.

“I’m really concerned about Robyn [Dixon]. She did not have my back at all, as a friend, not even as a person. It’s like, if you had these strong convictions, I just don’t understand why it wouldn’t have been brought to my attention before,” Ashley griped.

Ashley saved the most biting words for Candiace Dilliard, who she boldly referred to as a “rabid dog.”

Gizelle, however, wasn’t buying what Ashley was selling and accused her of being in denial when it comes to Michael.

“Yo, classic case of denial,” Gizelle blurted out in her confessional. And, admittedly, it’s starting to seem that way.

This isn’t the first time Ashley had to deal with the nastiness thrown at her husband. Between sexual assault charges (which have since been dropped), failed businesses and more, this marriage continues to be put through the wringer.

Whether or not Ashley decides to permanently distance herself from the other RHOP ladies remains to be seen, but one thing’s for sure: there won’t be as much drama without her around, so hopefully, it won’t come to that.

The Real Housewives of Potomac season 4 airs Sundays at 8 p.m. on Bravo TV.