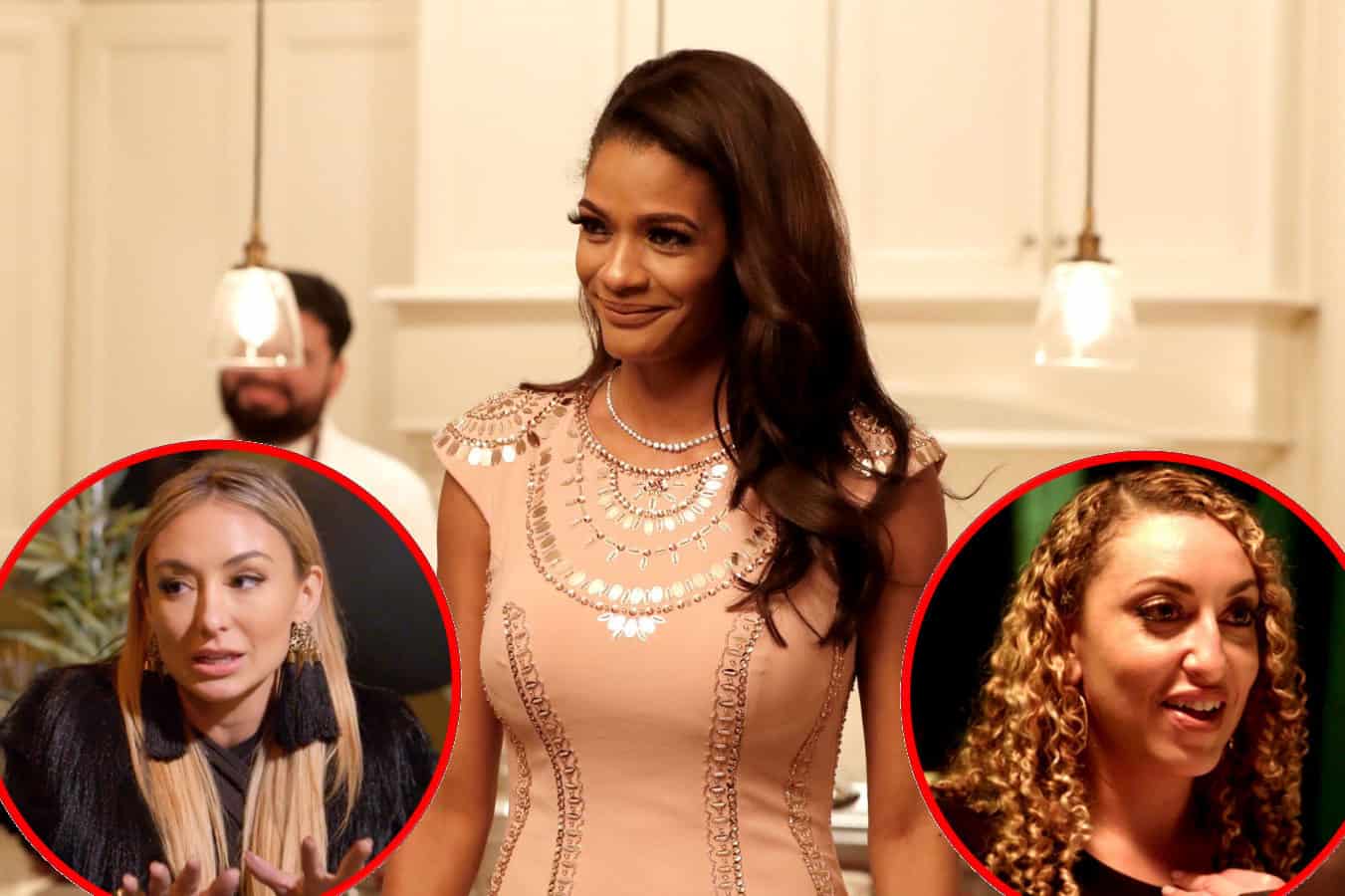 During a couple of recent interviews, Tamica opened up about where she stands with Reagan after her co-star chose to keep her engagement and pregnancy from her and explained her beef with Justin Reese‘s girlfriend, Kelsey Nichols.

While Tamica and Reagan used to be the best of friends, Tamica couldn’t help but question their friendship after learning about Reagan’s big news at the same time as the rest of the cast.

“I’m finding out with everybody else, which is interesting. I don’t like it,” she admitted to Showbiz Cheat Sheet.

Although Tamica wasn’t given a heads up about Reagan’s baby news, she reveals she has met her baby girl, Reece, who was born on June 12.

As for their future friendship, Tamica said, “We’ll see,” and added that she and Reagan are “working on things.”

While she and Reagan attempt to mend their friendship, things are seemingly growing more and more tense between Tamica and Kelsey.

During an appearance on AfterBuzz TV, Tamica admitted to looking like a “mean girl” towards Kelsey on this season of Southern Charm NOLA. However, she also insisted that the reason she isn’t warm with Kelsey is because she believes Kelsey is acting out and amping up drama in an attempt to get more camera time.

“I think when cameras are up, she was drinking a lot and trying to kind of fit in because it was uncomfortable on some level,” she explained. “It was abrasive. It was a lot. We never saw this [behavior from her] for so many years.”

While Tamica has never said that she doesn’t like Kelsey, per se, she doesn’t believe she and Justin will ultimately wed.

“I’ve said since day one… They are never going to get married. So, I will stand by that,” she confirmed. “I would love to be wrong. I don’t mind being wrong but I’ve always stood by that.”