Kyle Richards Denies Teddi Mellencamp is a ‘Bad Influence’ and Defends Their Friendship, Plus She Talks RHOBH Ratings and Live Viewing Thread! 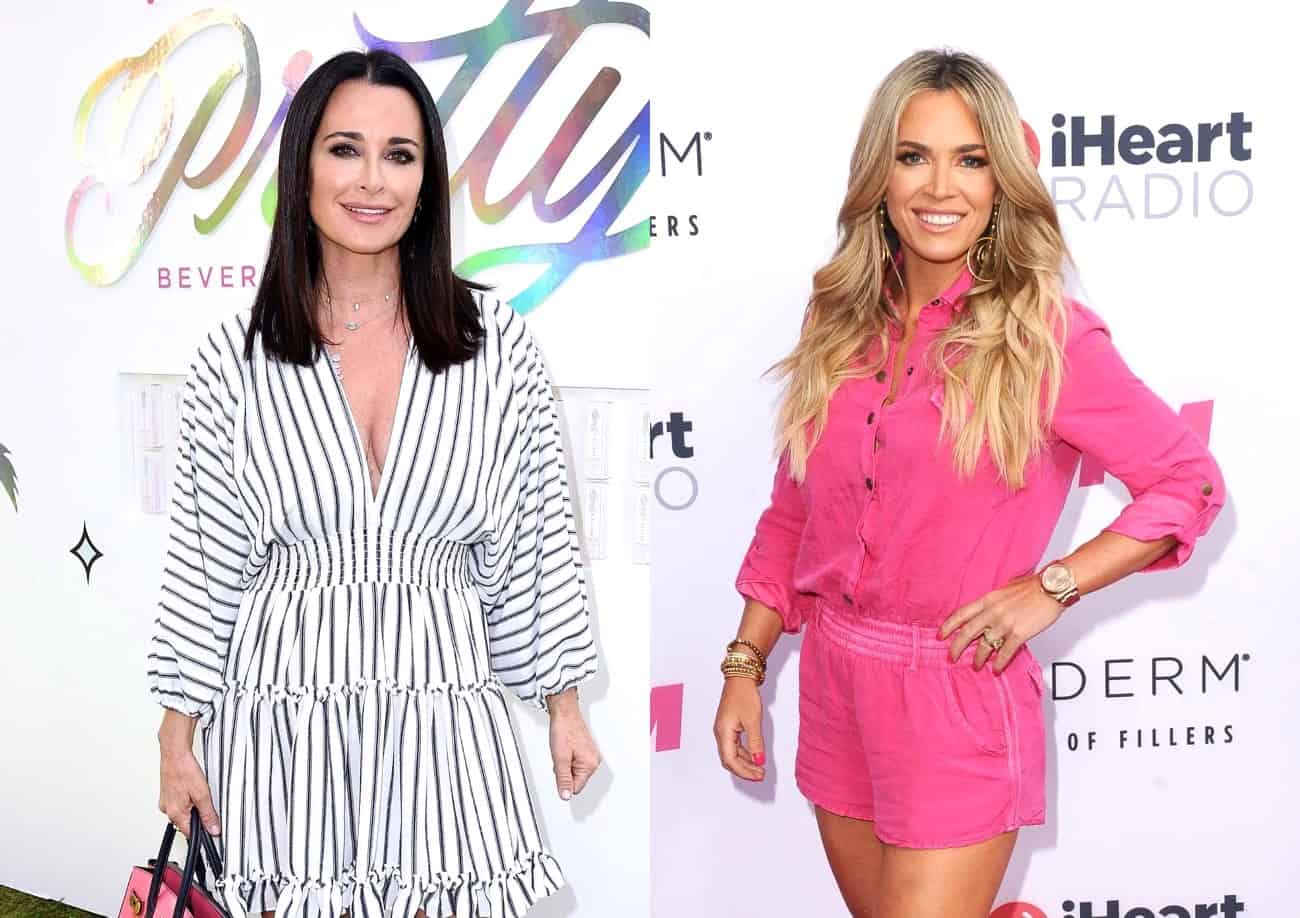 Kyle Richards defended her friendship with Teddi Mellencamp and the ratings for the ninth season of The Real Housewives of Beverly Hills after being confronted about the topics by fans on Instagram on Tuesday morning.

Ahead of the second installment of the three-part reunion special, Kyle took to Instagram to share her thoughts on tonight’s episode.

“I have A LOT of thoughts on tonight’s Reunion,” wrote Kyle alongside a photo of herself looking stunned while sitting beside Teddi at the reunion. “My face also looked like this while watching the episode at home. I’m going to attempt to write a blog (which I haven’t done in a while )because I think some of this needs to be addressed #rhobhreunion See you tonight on #WWHL.”

Kyle then reacted to a fan who suggested that Teddi destroyed her character and was acting like an “infatuated puppet” in the comments section of her Instagram post.

“Nobody can destroy another’s character. And I am a real person. Not a character on TV,” Kyle replied.

Later, when another fan encouraged Kyle to stop hanging out with Teddi because she’s “nothing but trouble,” Kyle further defended their friendship.

“Love or hate a cast member … keep in mind you have never met us or spent any time with us in person,” Kyle wrote. “I am actually a very good judge of character.”

“Of course I wait to get to know that person before deciding what kind of person they are,” she added. 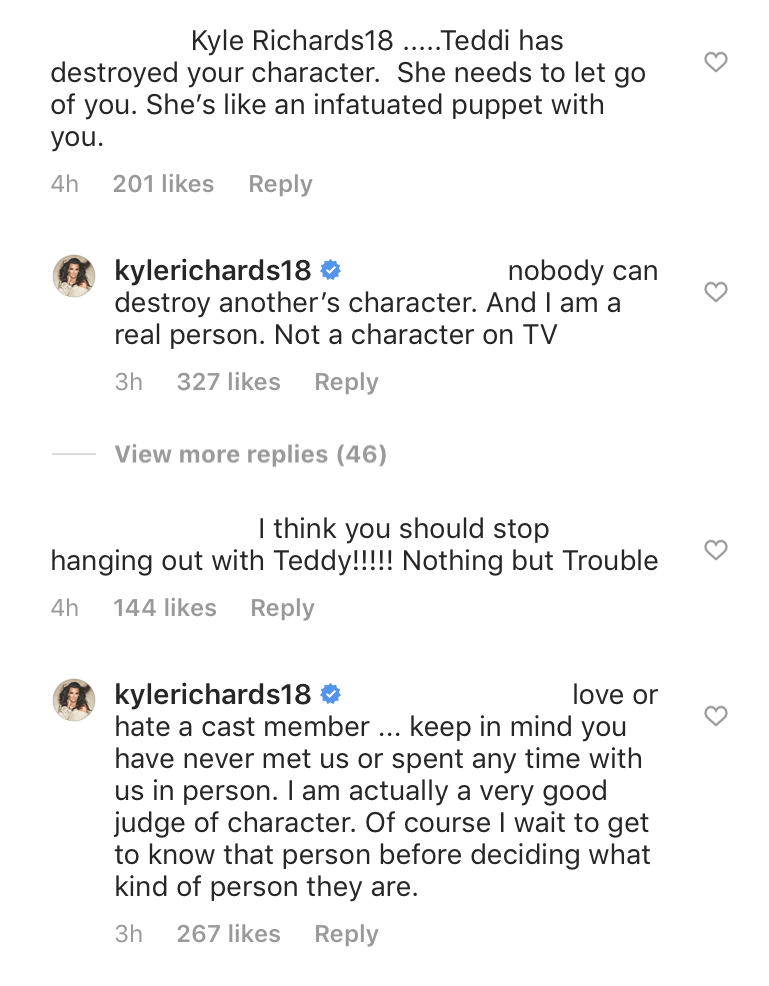 After defending her closeness to Teddi, Kyle was confronted by another fan who asked her to write a blog about how viewership had allegedly dropped during season nine.

In response, Kyle informed the fan that season nine was “our 2nd highest-rated season.”

“Sorry to burst your bubble,” she added. 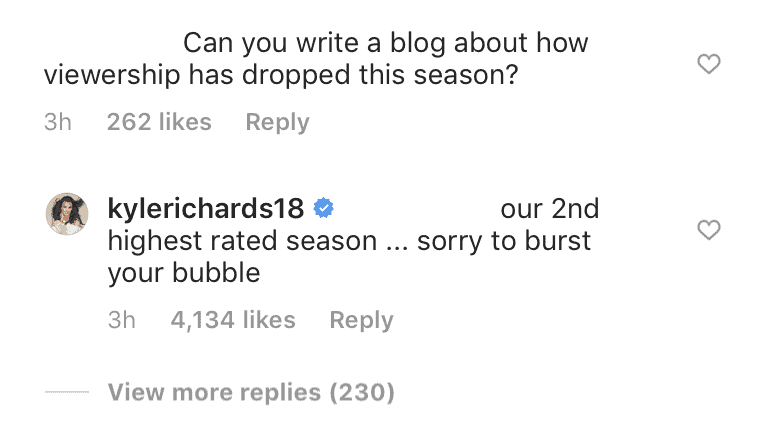 Kyle also addressed the stellar ratings of the series, which remained high despite Lisa Vanderpump‘s early exit, during an interview on E!’s The Daily Pop last month.

“You know, there’s a lot going on with the entire cast and their lives. Yes, Lisa’s a part of the show but it’s an ensemble cast and the numbers are very strong,” Kyle explained. “It’s great if she’s on the show but the show must go on and the viewers are still loving the show regardless. The numbers speak for itself.”

RHOBH Live Viewing – This is also the live viewing thread for part two of the RHOBH reunion, so feel free to comment and chat below as the episode airs at 9/8c tonight on Bravo TV!