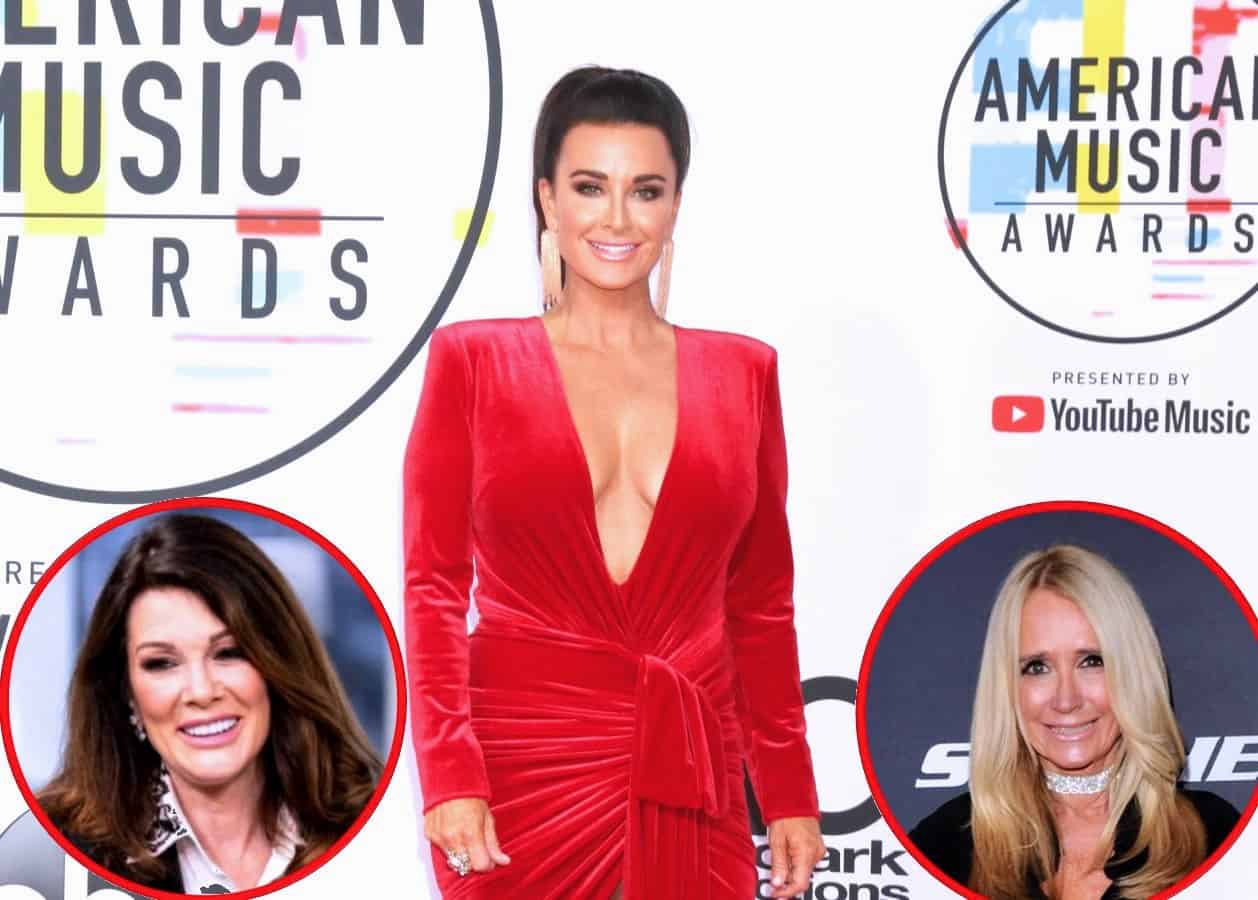 The Real Housewives of Beverly Hills star Kyle Richards is touching on a number of topics in two new interviews, including the surprising ratings for the show in the episodes not featuring Lisa Vanderpump.

A report that came out this week stated that Kyle’s sister, Kim Richards, was in talks to return to the RHOBH as a possible replacement for Lisa. After the report came out, Kyle made it clear that she would love to have Kim back.

“I feel like she would,” said Kyle to E! News: Daily Pop, when asked if Kim would be open to returning. “I would like to think she would. I know the fans would be really excited to see her back. I mean, there’s a lot of rumors going around right now. My sister’s Kathy [Hilton] is supposedly joining, Kim’s coming back. All I can say is never say never.”

While Kyle would love to see her sister return, she also admitted the family dynamic would not make filming easier for her.

[Filming] would not be easier,” she laughed. “That’s not the word I would use for this. You know, family is always complicated. It would be fun at times and difficult at times. That’s life. What can I say?”

Kyle also addressed the fact that the RHOBH ratings this season have remained high in the episodes without Lisa, who announced her plans to quit the show last week. In fact, the RHOBH remains Bravo’s second highest rated Real Housewives franchise, only surpassed by the Real Housewives of Atlanta.

“You know, there’s a lot going on with the entire cast and their lives. Yes, Lisa’s a part of the show but it’s an ensemble cast and the numbers are very strong,” said Kyle. “It’s great if she’s on the show but the show must go on and the viewers are still loving the show regardless. The numbers speak for itself.”

When it comes to the RHOBH reunion, which filmed last week, Kyle promised it will be must-see TV despite the fact that Lisa, who is at the center of most of the drama this season, did not attend.

“Oh my gosh. You have no idea. It was so crazy. It was the longest we ever shot. It was absolutely nuts. You’ll see what I’m talking about when it airs,” Kyle dished.

Kyle, who appears in the latest issue of Social Life magazine, also discussed her feud with Lisa which stemmed from the Puppy Gate drama, after Kyle and other members of the cast accused Lisa of leaking a negative story about Dorit Kemsley to the media.

“If Lisa does something wrong, it is very hard for her to own her behavior because she is a perfectionist and wants to be perceived as being perfect all the time,” Kyle explained in the mag, according to an excerpt from Us Weekly.

Despite a recent run-in with Lisa at a store in Beverly Hills back in April, which Kyle described as being “OK,” the two Bravo stars remain estranged.