RHONY Star Luann de Lesseps Calls Ramona Singer “Hateful,” Responds to Her Accusations of “Drinking on the Side” 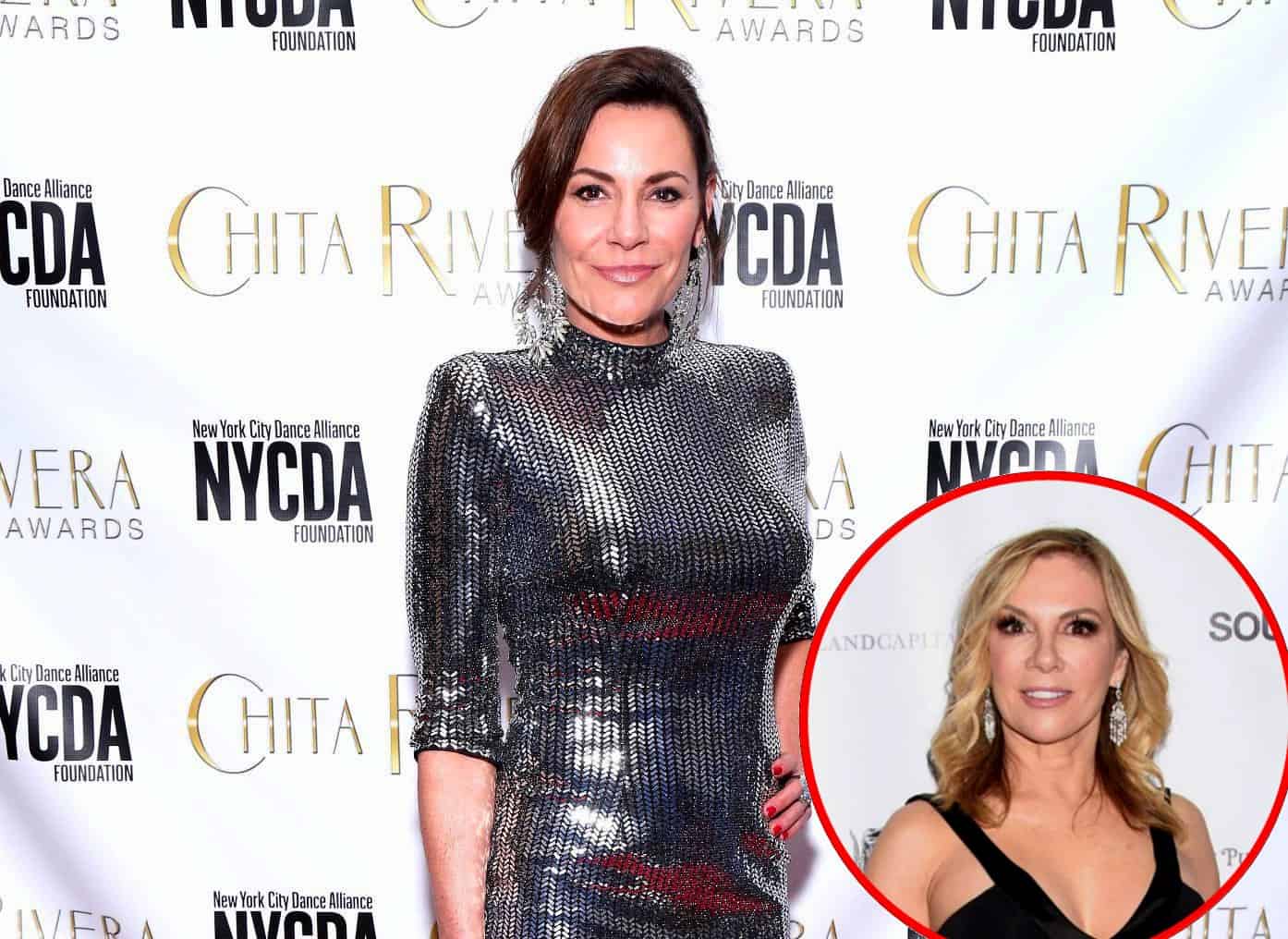 The Real Housewives of New York City star Luann de Lesseps didn’t appreciate Ramona Singer‘s accusations about her drinking “on the side” at the reunion.

In last week’s second installment of the RHONY reunion, the topic of Luann’s latest brush with the law after violating her probation was open for discussion. Bethenny Frankel was the first to admit the bravo star left rehab prematurely, since she left after just three weeks to get back to her cabaret show. This led the rest of the housewives, mainly Ramona, to attack the 54-year-old reality star about not taking her sobriety seriously.

“This is like ABCs! The first month didn’t work for you, honey pie? You stay another six months, four months,” Ramona yelled from her end of the reunion couch. Luann then brushed her off, muttering, “Don’t talk to me, Ms. Pinot Grigio.”

Ramona then went on to accuse Luann of “drinking on the side” in what she referred to as “tough love.” But Luann took these words hard, considering that whatever the ladies said about her sobriety could ultimately be used against her.

In an interview with ET Online, the “Money Can’t Buy You Class” singer expressed how hurt she was about the exchange.

“A lot of what Ramona says in the reunion does get me in trouble, ’cause people see it and they listen to it,” the Bravo-lebrity continued, “It doesn’t help me and it doesn’t help me get through this difficult situation, so I really didn’t appreciate some of the comments Ramona makes in the second reunion episode.”

In the interview, Luann also teased about part three of the reunion, which is set to air tonight. “[Ramona] doesn’t get any better at it in the third reunion episode and you are going to see that,” the cabaret star continued. “It just looks really hateful and not supportive as a woman. For a woman who claims to support women, she is not very supportive.”

But the OG New York housewife gave fans a glimmer of hope as to what to expect in this week’s final episode of the season.

“I think what you are going to see on the last part of the reunion is a lot of reconciliation, a lot of everyone owning their stuff, a lot of me going into the explanation of why I was so into my cabaret and taking care of myself, and rightfully so,” she shared.

Luann also said we’d see “a lot of reconciliation and moving forward with the women.”

Despite all the nastiness being thrown at Luann at the reunion, she insists she’s doing well and is “in a better place” thanks to her new focus on physical fitness with the help of her The CircHIIT trainer, Mohamed Elzomor. “It tightens the skin and it really makes the muscles work much more effectively than a regular workout. And for 20 minutes you get an hour workout, so it is perfect for a girl like me on the go,” the Bravo star boasts.