RHONY Reunion Part 1 Recap: Bethenny Opens Up About Issues in Relationship With Dennis as Luann and Dorinda Hash Things Out 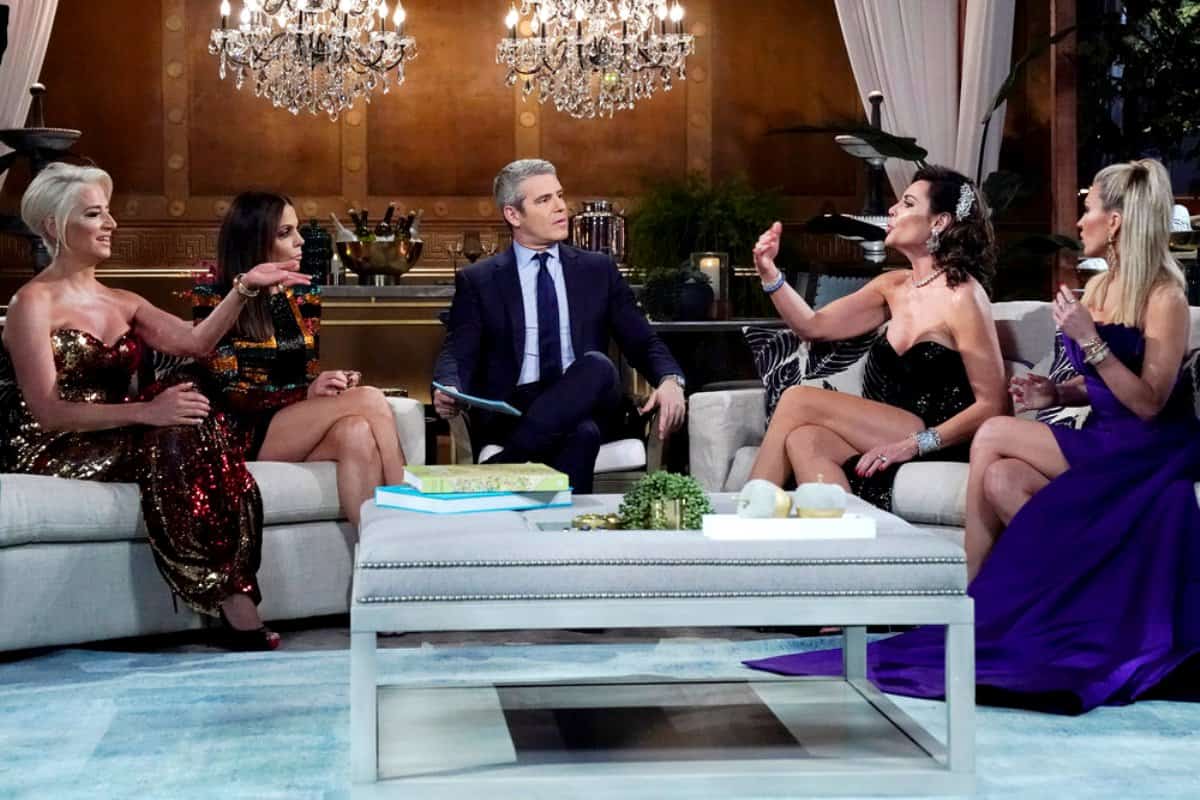 The first part of the Real Housewives of New York City‘s reunion aired last night, and in true New York fashion, it included a TON of yelling.  But somehow, we all know these ladies will go right back to hanging out like nothing ever happened once it’s all said and done because that’s just how they roll in NYC! Take note, BH ladies!

Of course, the sad note of the evening was Bethenny discussing the pain of the last year. She talked about the death of her beloved boyfriend, Dennis, who passed away suddenly last summer.  She talked about how much of a blow it was and how she will always love Dennis.  She also wondered if she could have done more to help him.  It’s a loss she’ll likely never fully recover from, she said.  The good news is that she is taking steps to move on.  She’s finding happiness with her new man, Paul, who she called “sensitive” and “conscious.”

She said her relationship with Paul has really helped her to heal and credits him with saving her, both emotionally and quite literally.  He was there for her during a recent anaphylactic episode she suffered after eating shellfish.  The doctors in the ER told her that if he hadn’t acted so quickly, she may not have survived.

Bethenny also talked about how some people felt she’d moved on a bit quickly, particularly since she and Dennis had supposedly been engaged.  She said she’s living her life for her and her daughter, Bryn, and that only she knows what’s right for her.  But what of that engagement?  She claimed earlier in the season that Dennis had proposed.  Later in the season, though, she said she had actually been in the process of ending the relationship at the time of his death.  It was unclear to viewers exactly where their relationship stood, and they had questions.

Bethenny explained that she did, indeed, accept a ring from Dennis shortly before his passing.  But she also said their relationship wasn’t all that she needed it to be, and she had still been mulling it over.  You see, Bethenny wanted stability for herself and Bryn, and Dennis wasn’t always the most reliable partner.  She mentioned he would sometimes “disappear” on her, and she admitted she felt “alone” at times in the relationship.  She recalled their last Mother’s Day together.  Dennis had promised to spend time with her and Bryn, but he’d left her hanging in the end.  It wasn’t an uncommon occurrence, and she was getting tired of him disappointing them.

Bethenny also fielded questions about a handsome caterer she was seen canoodling with prior to Dennis’ death.  Had she been cheating on him?  The short answer is no as that fling happened while she was taking a break from Dennis.  She said that seeing pictures of her walking along the beach with a sexy, younger suitor had been a “tough pill to swallow” for Dennis, but that it hadn’t been serious.  She said it was a short-lived relationship (only about six weeks).  In his usual style, Dennis had quickly bent over backward to get back into her good graces after she showed him he wasn’t the only game in town.

The rest of the ladies also spoke about Dennis and how wonderful he had been.  Dorinda, especially, sympathized with Bethenny.  She lost her husband and understands the particular pain that comes with the death of someone so close.  Bethenny said Dorinda had been a great support system the entire time.  Dorinda helped Bethenny realize it was okay to give herself time to grieve and feel the full devastation of her loss.  Dorinda also understood that it was important to give Bethenny “space.”

When asked if Dennis’ overdose had been a wake-up call for Luann regarding her own issues with addiction, she said “no.”   She said they were quite different situations, but she added that she had been very fond of Dennis, although she “hadn’t known him that well.”  Wait—what?! Didn’t we hear that she had asked to borrow SIX MILLION dollars from the man? And she didn’t know him ‘that well’?!  Good grief! What does she ask for if she does know a person well—blood, their first born?! Sheesh!

Bethenny explained that Luann had been in a very bad place at the time and had possibly been “manic” when she made the request, and that she’d actually asked Bethenny to ask him (oh, well that makes almost no difference at all!).  She recalled Luann calling her in a panic, saying it was “an emergency.”  Luann said she needed Bethenny to ask Dennis to loan her the money to purchase a house that she’d been positively “obsessed with” at the time.  Bethenny said no, of course.  She also pointed out that Dennis had already done quite enough for Luann by getting her in touch with one of the most powerful attorneys in the world to help with her court case after her DUI arrest.

It wasn’t the only misguided step the countess had made during the last year.  Her relationships have really suffered for it, particularly her longtime friendship with Dorinda.  The two went nearly 10 months without speaking after Dorinda heckled Luann during her cabaret performance last year, and the nasty squabble the two had during last season’s vacation.

Dorinda was hurt that Luann had been so unforgiving, but Luann was hurt too.  Dorinda had been way harsh, but perhaps she’d had her reasons.  Following her first stint in rehab, Luann had become judge-y and preachy about alcohol, and she had chastised Dorinda for her own drinking.  It was just a bit much coming from someone who’d been arrested for drunk and disorderly behavior, and Dorinda wasted no time letting her know it.

But Dorinda had been hurtful, and Luann was slow to warm back up to her.  Even after the two made their way toward reconciliation, it still hadn’t been enough for Luann.  As Bethenny said, Luann “relished” in sitting upon her high horse and watching Dorinda grovel for forgiveness.  It had been unnecessary and cruel.  Faced with the facts, Luann was moved to agree.  She said she’d been in a “bad place” and really hated seeing Dorinda so hurt and angry with her.  She stood up and walked over to Dorinda, and the two hugged it out and cried.  They said that they both really missed the good times they’d had during their 13-year friendship.  The good news is it appears to be on the mend!

The show ended with the ladies in high spirits, but don’t expect the goodwill to last too long.  We’ve still got two more reunion shows to go, and this is RHONY, after all. Stay tuned!