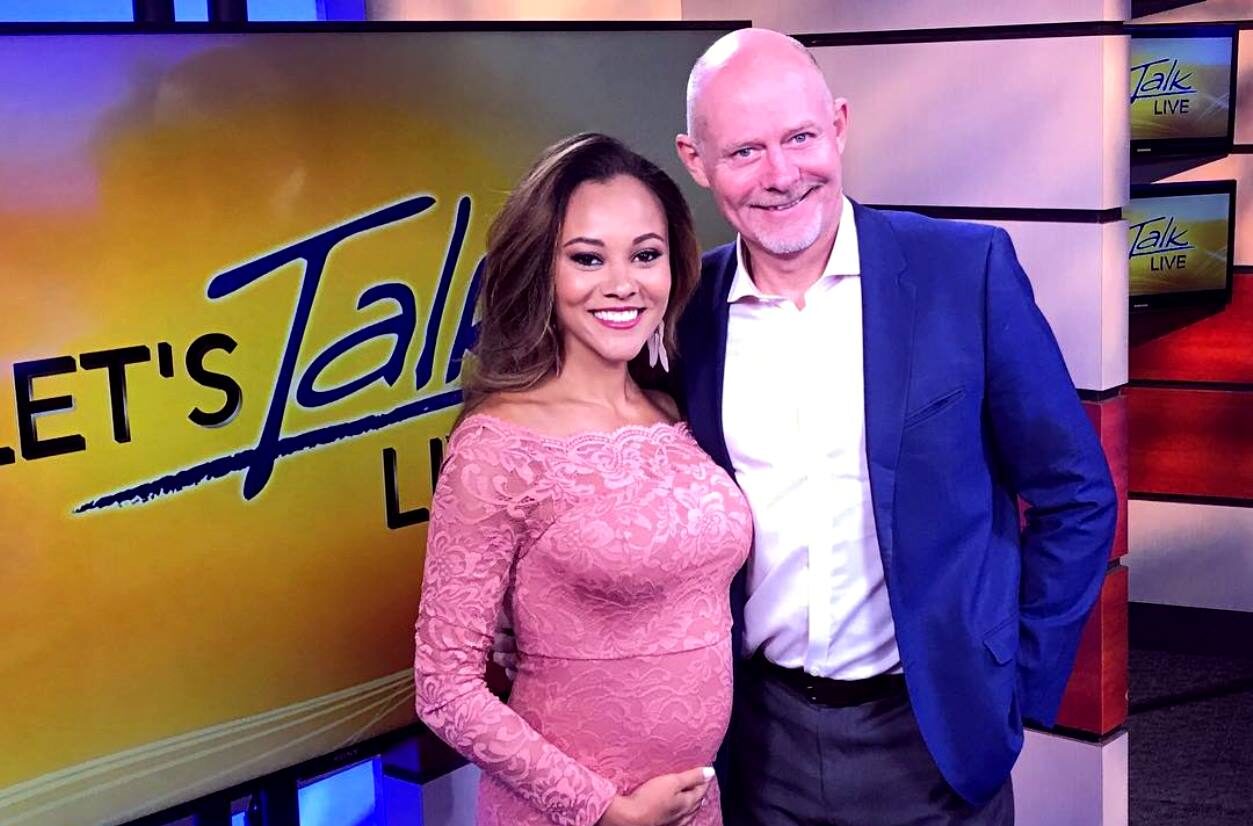 The Real Housewives of Potomac star Ashley Darby is breaking her silence moments after the Bravo network aired the stunning footage of the encounter involving her husband, Michael Darby and the cameraman who accused him of sexual assault.

On tonight’s RHOP episode, the last few minutes were quite shocking as the network decided to show the unaired footage of the incident after the episode began with news that the charges against Michael had been dropped.

In the footage, which was mostly the audio of the encounter, Michael can be heard saying “hey bud” to the cameraman, who then sternly reprimands him for doing something, after which Michael appears to show remorse.

“Please don’t do that,” said the cameraman to Michael.

“Don’t do that,” the cameraman repeated, with Michael answering “okay” once again before walking away.

Earlier on during the show, Michael told his side of the story and stated that he simply accidentally bumped into the cameraman, denying he grabbed him inappropriately.

Moments after the episode aired, Ashley took to Instagram to respond to the footage, and she is claiming some of the footage was edited to paint Michael in a bad light.

“This video shows what my husband said happened. There is nothing new or revealing,” began Ashley in her July 28 post. “Michael accidentally made contact with the very big camera man when trying to get past him in a narrow doorway. Nothing about that interaction was salacious.”

“Secondly, that audio at the end was taken out of context and the person speaking isn’t even named, when it was actually a cousin of one of the cast members,” she continued. “He has made an ongoing joke to Michael about season 1 that was referenced in that scene. Please use logic – why would Michael offer to get a beer for someone supposedly working and holding the camera?”

Ashley concluded: “Anyway, this was addressed in the real court of law by qualified prosecutors and Michael was exonerated.” 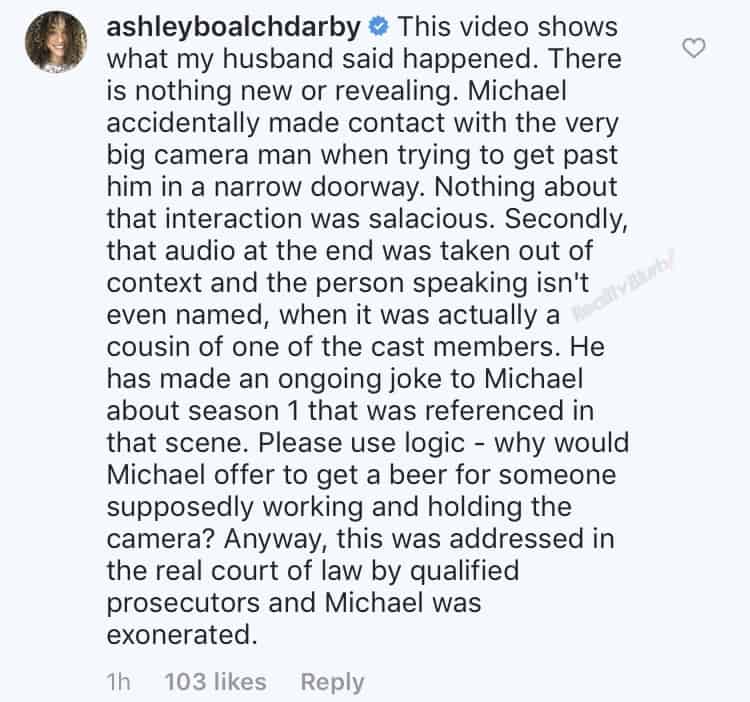 Michael has yet to speak out regarding the unaired footage.