Home Real Housewives of Orange County News RHOC Star Tamra Judge Defends Todd Chrisley and Wife Julie After Their Fraud Indictment, Plus She Reveals Which Ex-Housewife She Misses the Least

RHOC Star Tamra Judge Defends Todd Chrisley and Wife Julie After Their Fraud Indictment, Plus She Reveals Which Ex-Housewife She Misses the Least 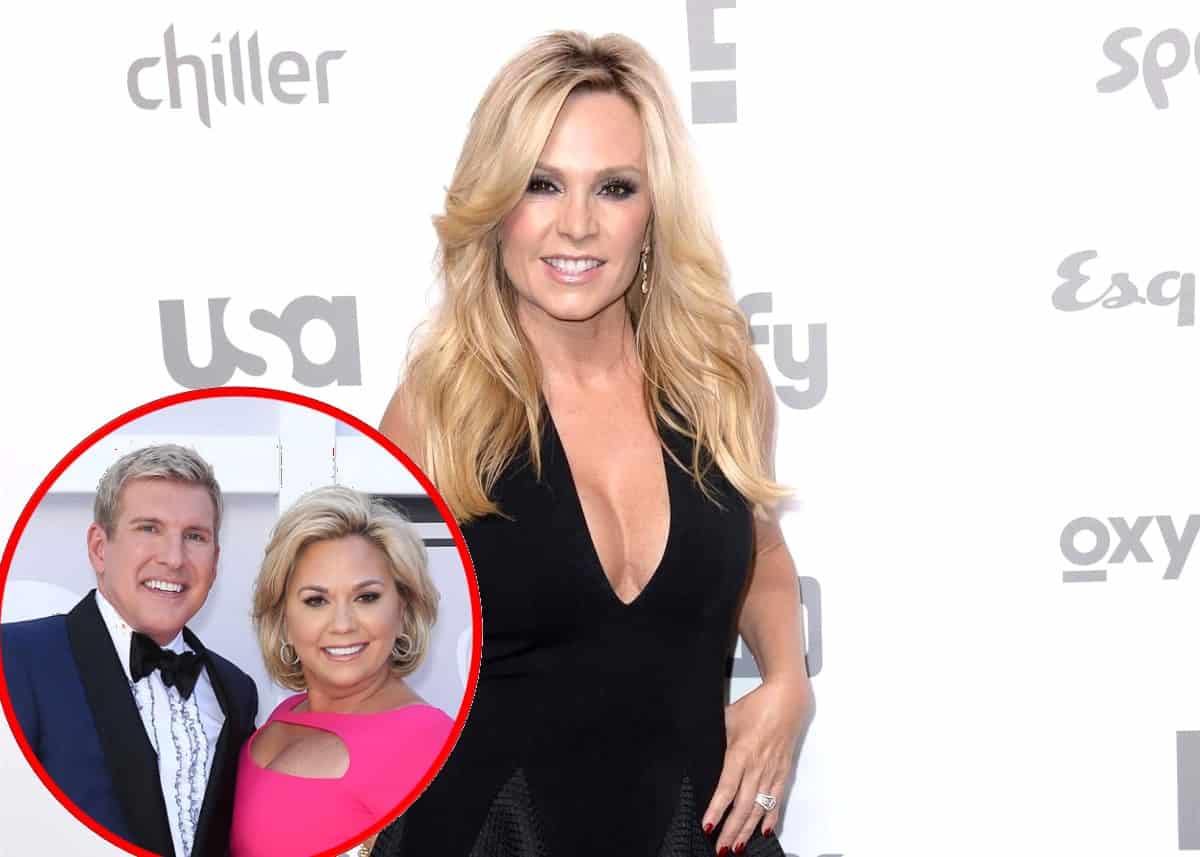 The Real Housewives of Orange County star Tamra Judge is supporting her friends Todd Chrisley and his wife Julie Chrisley of Chrisley Knows Best just days following their indictment for tax evasion and bank fraud. The reality star is also dishing on which former housewife she doesn’t miss at all.

The Bravo housewife is never afraid of voicing her opinion, whether it’s regarding other housewives or other reality star friends. And after learning that The Chrisley Knows Best couple could be facing up to 30 years in prison for 11 counts of alleged bank fraud and tax evasion, the CUT Fitness owner is speaking out.

Tamra took to Facebook on August 13 to tell fans she supports her reality star friends. She also hinted at their supposed innocence.

“I absolutely love my friends and stand behind them. Don’t believe everything you read,” the 51-year-old housewife wrote on her Facebook page. A screenshot of her post is below. 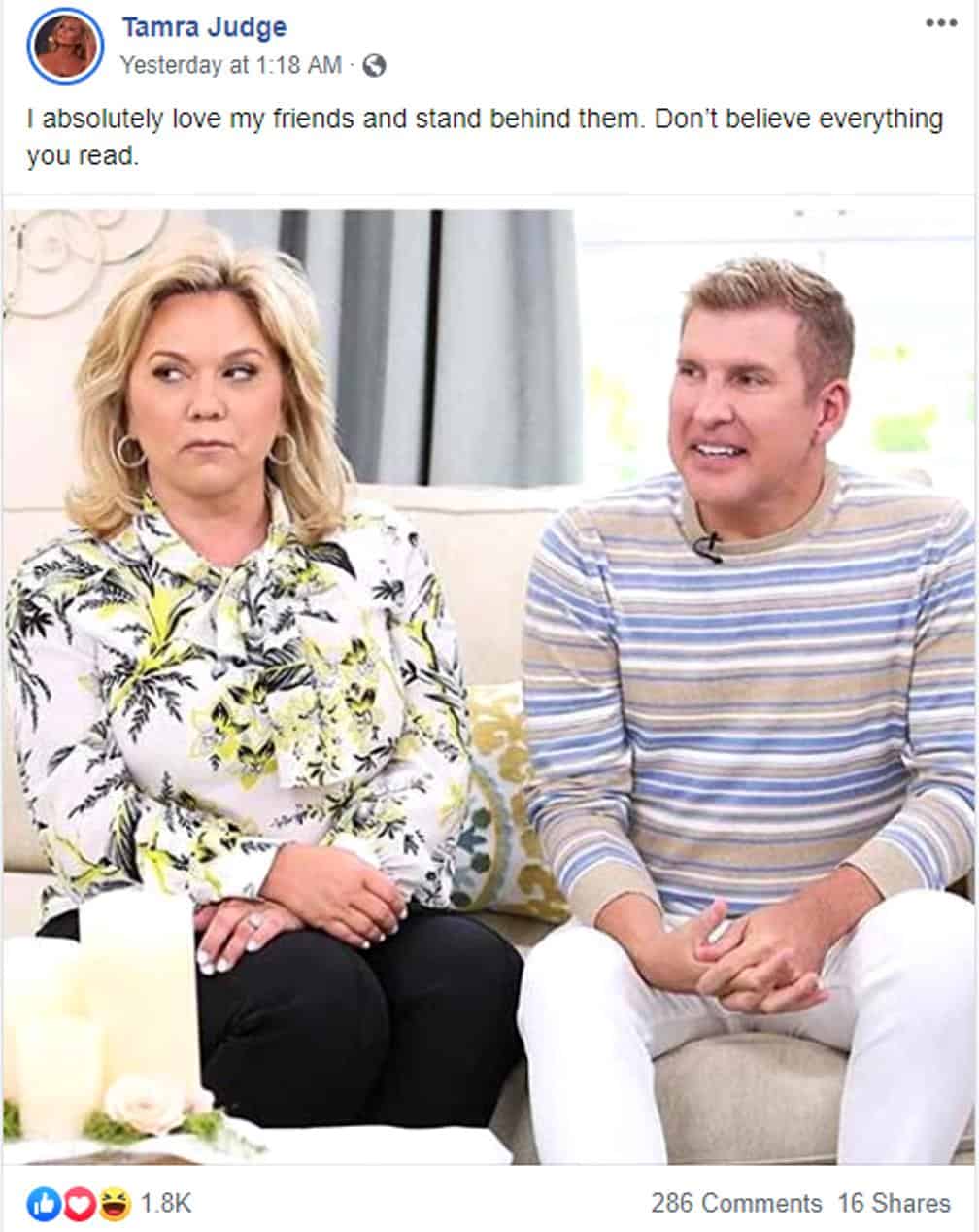 Todd and Julie were officially indicted for tax evasion and bank fraud after a former employee claimed the couple instructed him to commit financial fraud. The reality star couple is now being accused of filing fraudulent tax returns and fraudulently taking out millions of dollars in loans.

While RHOC’s “hottest housewife” can prove to be a ride-or-die friend for some, she’s somewhat relentless when it comes to her enemies — especially if they’re ex-housewives.

The Daily Mail reported that on Watch What Happens Live Tuesday, Andy Cohen asked the housewife-turned-fitness champion to rank former housewives by who she missed the most between Heather Dubrow, Gretchen Rossi, and Alexis Bellino. “I miss Heather Dubrow the most,” the reality star dished.

“I would say Alexis the middle and Gretchen the least,” Tamra added while making a nasty face as she said Gretchen’s name.

This doesn’t come as too much of a surprise considering Tamra and Gretchen’s friendship was a complete roller coaster ride back when they were on the show together on seasons 4 through 8. And as it turns out, Tamra hasn’t had a change of heart since Gretchen left.