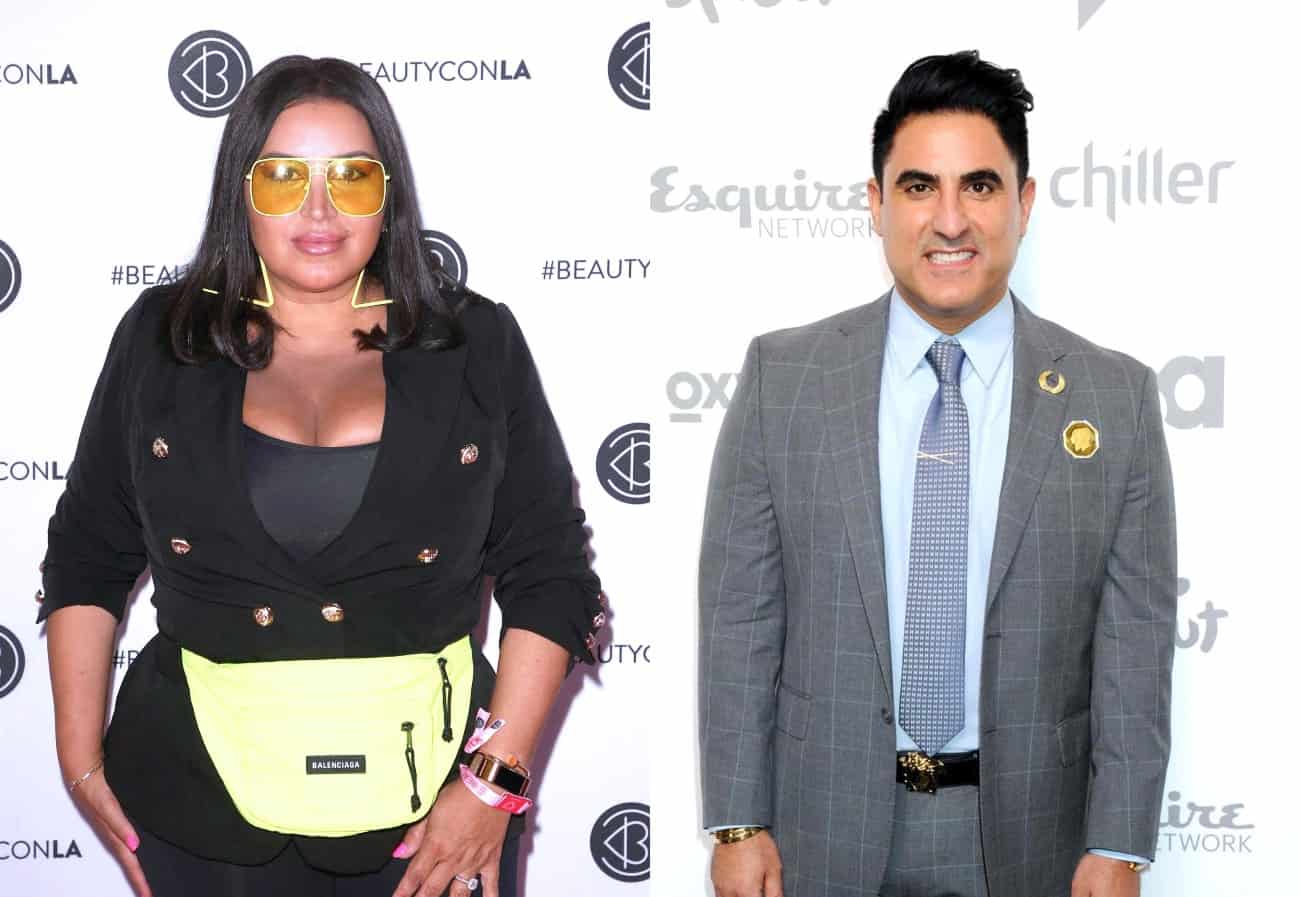 Shahs of Sunset star Mercedes “MJ” Javid is revealing where she stands with Reza Farahan three months after he filed a restraining order against her husband Tommy Feight. And, in a separate interview, Reza is dishing on what to expect on the upcoming season of the show.

Since season seven of Shahs of Sunset wrapped, Reza and MJ’s longtime friendship has completely crumbled to the ground. And as the premiere of season eight fast approaches, things don’t seem to be getting any better between the former besties.

In an interview with Hollywood Life, MJ was asked how her current relationship with Reza was, to which she quickly replied, “No progress,” before adding,  “and that’s how it should be.”

The reality star didn’t have much else to say on the matter, but she managed to squeeze in, “Just wish people well.”

We’ve watched MJ and Reza’s vicious feud unfold over social media, starting with Reza alleging that MJ had been fired from the show and claiming she had spread a rumor about his husband Adam Neely‘s alleged infidelity. Reza then released a string of text messages between him and MJ without realizing he had leaked private medical information regarding the new mom’s birth complications. That’s when MJ’s husband Tommy decided to literally take things into his own hands. He allegedly vandalized Reza and Adam’s Los Angeles home in May of this year.

After catching Tommy in the act on their security camera, the couple filed a restraining order against him. While the alleged vandal pleaded not guilty to his trespassing and vandalizing charges, the judge decided to schedule a pretrial hearing set for Oct. 25.

After following all this drama over the summer, it’s no surprise that season eight of Shahs of Sunset will likely be the craziest one yet. Even Reza couldn’t hold back from spilling that the upcoming season of the show will be wilder than we’ve ever seen.

“I think it’s going to be the juiciest season of any show on Bravo ever. Period. It’s insanity!” dished the Bravo star in an interview with Life and Style Magazine. “There were so many fires and explosions…I cried, screamed, I literally — lunatic status. It was insanity and I don’t ever want to go through it again, but it’s been memorialized, I understand, on film.”

The Shahs star added, “Oh my God. Literally, this was the hardest summer of my entire life.”

And regarding the new characters and relationships on the show, Reza teased that the new season will have a somewhat nostalgic feel to it. “Literally like take it back old school and set it on fire is actually what it is now,” he dished.

Bravo has yet to announce when season eight will air, but there’s no doubt that Shahs of Sunset fans are waiting on the edge of their seats.