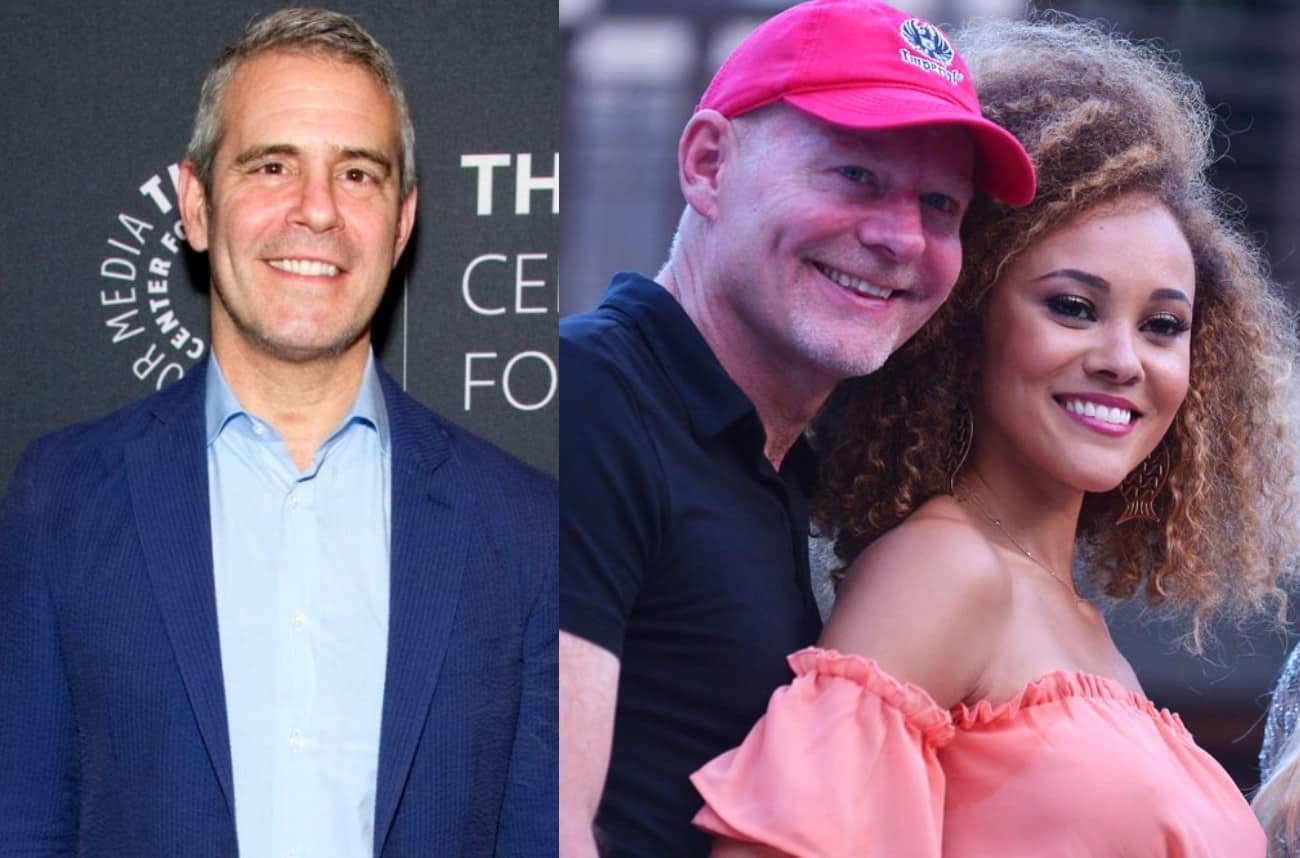 In a rare occurrence, Watch What Happens Live host Andy Cohen took the time to apologize for wrongly attributing some audio from recently aired “unseen” footage on Real Housewives of Potomac to the wrong person.

Instead of the usual Bravo housewife publicly apologizing on WWHL for something they said or did, it was Andy’s turn. On Sunday night’s episode of the late-night Bravo show, Andy took a moment to clear up a little blunder.

“I want to first start with a correction. On last Sunday’s Watch What Happens Live, we aired the Potomac unseen footage,” Andy said sternly on Bravo’s WWHL, straight into the camera. “We mistakenly attributed a quote to the cameraman, when in fact, there was no attribution made when the episode originally aired in its entirety.”

“We sincerely apologize for that error,” the WWHL host added.

This “unseen” footage, which first aired on the RHOP weeks ago, contained audio from two separate moments at Monique Samuels‘s baby shower back in September of 2018. It was meant to address the allegation of sexual assault, in the form of butt grabbing, made against Ashley Darby‘s husband Michael Darby by a Bravo cameraman.

In the first part of the audio, a man, who viewers assumed was the cameraman in question, could be heard telling Michael, “Please don’t do that.” Michael then proceeds to respond, “Okay” to this man, who would later file a police report accusing Michael of grabbing his butt without his consent.

The unseen footage from Monique’s Rainbow Party of Michael and the allegations against him are very telling … smh it’s sad I don’t know if there’s any coming back from this. What do y’all think ? #rhop #reality #show #metoo #consent #pleasedontdothat #nstavideo #bravo #nbc #andycohen #hotcelebritea

The second part of the footage is when things get murky. Viewers could hear someone saying, “Hold on. Mike, Mike, hold on. Hold on!” after Micheal is heard clearly saying, “I didn’t touch your butt.” But according to Andy’s apology, the voice opposite of Michael’s in this part of the audio wasn’t a Bravo cameraman.

This somewhat confirms Monique’s previous claims about the voice in the second half of the video belonging to her relative, and not a cameraman.

“Confused as to why they have @hankdavis27’s voice at the end of the episode talking to Michael… that wasn’t the cameraman 🤔#rhop” Monique tweeted back on July 28th just after the “unseen” footage had aired.

While Andy apologized on Bravo’s behalf for the audio attribution mistake, it’s currently unclear if Michael threatened to take any legal action. What is clear is that Michael accused RHOP producers of manipulating the footage right after it was aired.

As for the first part of the footage, Ashley has insisted that Michael accidentally bumped into the cameraman, and she claims that’s what led to that exchange. All charges against Michael were dropped shortly after the story became news.