The Real Housewives of Potomac Recap: The Ladies Still Have Doubts After Michael’s Charges are Dismissed 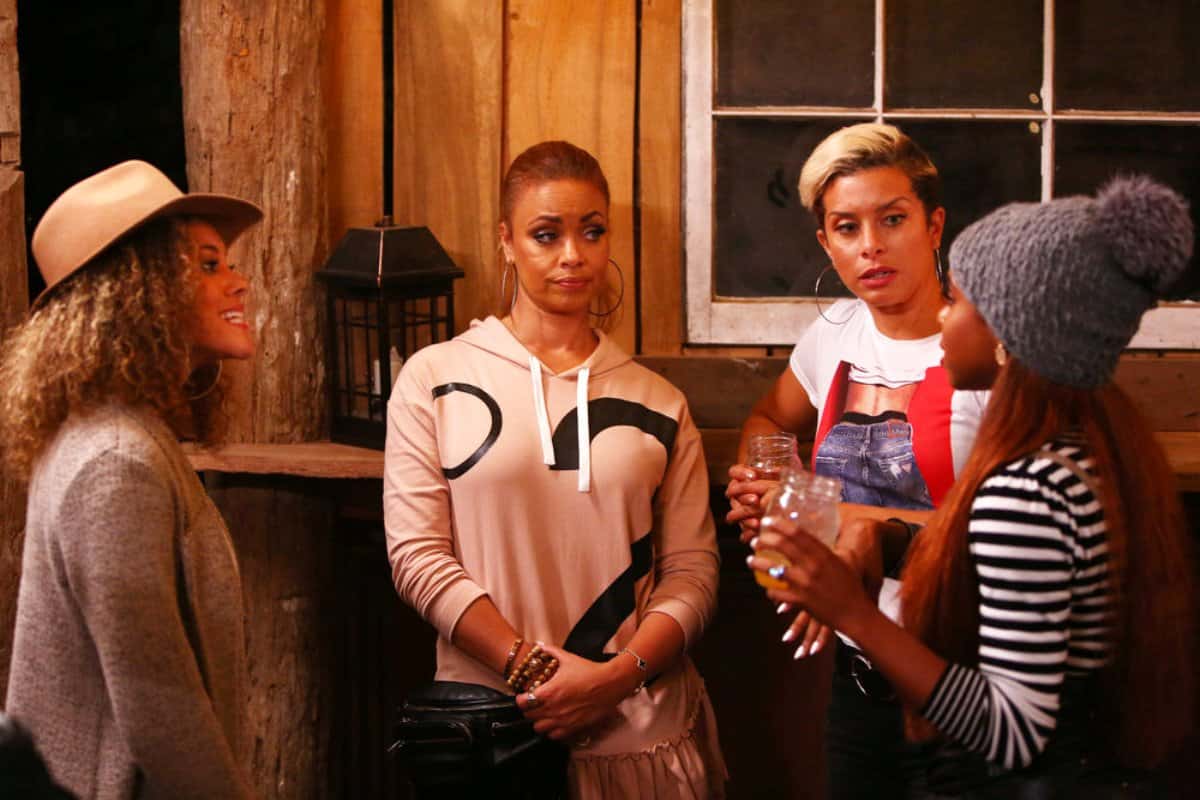 The ladies of The Real Housewives of Potomac returned last night, and I think it’s safe to say that the fourth season is the Season of The Darbys.  They’ve given the ladies plenty to talk about this season—especially Michael—and last night was no different.

When we picked up with the RHOP crew, the ladies were still reeling over the news of Michael being charged with sexual assault after a Bravo cameraman accused him of groping his buttocks during Monique’s rainbow party.  But just as their excitement started to reach a fever pitch (trust me, these ladies were enjoying every minute of the drama), news broke that the charges had been dismissed.

Now, the ladies weren’t buying for a second that Michael had actually been exonerated.  They were convinced that his money and privilege had more to do with the court’s decision than his innocence.  Besides, as Gizelle said, it was really just “one man’s word against another man’s ass.”

Ashley and Michael appeared on a local Fox morning show.  The ladies watched with rapt attention (Gizelle even popped popcorn) as Michael explained that he was not surprised that the charges had been dropped because nothing had happened.  Well, almost nothing.  You see, Michael admitted that he had  “bumped into” the cameraman, but that it certainly hadn’t warranted criminal charges.

Now, most of the ladies felt that if this had happened in a house full of people, during filming no less, someone had to have seen something.   Indeed, Candiace’s husband, Chris, who had been standing right next to Michael during the alleged incident, had been notified that he may be called as a “potential witness” should the case go to trial, and even he said he didn’t see Michael grab anyone’s butt.

As for Ashley, she’d continuously brushed off the accusations against her husband as nonsense.  She was thrilled that the matter had been dropped.  But the others felt that she was just burying her head in the sand.  After all, if the accusations were true, it wouldn’t be the first inappropriate conduct Michael had shown toward another man.  In fact, he’d grabbed another man’s butt before—this could just be his M.O.  Even faced with those facts, Ashley was standing by her man.  She said that when Michael had groped that man, it had been a joke toward a friend.

Katie went so far as to call Ashley’s blind faith “stupid” when she and Gizelle stopped by Robyn’s place for a girls’ night in.  She also spilled a little tea. She said that her boyfriend had been very uncomfortable when she’d introduced him to Michael.  Michael had told him that he’d ‘better answer his private line’ when he called.

Around the same time, Ashley paid a visit to Monique.  Ashley told her that she’s been the only one of the ladies who’d been supportive throughout the ordeal. Of course, Gizelle felt that Ashley was just buttering Monique up because she had possible footage of the incident. When reminded by a producer, during her confessional, that Monique didn’t actually have footage because the cameras in her basement hadn’t been working at the time, Gizelle called BS on that too.  She said that there was no way that “control freak Monique” didn’t have working cameras.

A little later on, the ladies and their husbands, including Michael, went to Juan’s haunted forest themed 40th birthday party. It would be the first time Michael would be with the ladies since the news of the charges, and subsequent exoneration, had broken.  He wasn’t exactly thrilled to be around them. But he was going for Juan, and he talked about how much he enjoyed Juan’s company the whole way there. It was interesting, to say the least.  His comments about being willing to pleasure another man during Ashley’s uncle’s party earlier in the season had supposedly been about one of the husbands.  And well, let’s just say he’s always been particularly fond of Juan.

When Michael and Ashley arrived, Gizelle was the first of the ladies to greet them.  She hugged Ashley, and she offered Michael a high five in congratulations of the charges being dropped.  It was awkward, to say the least, and he left her hanging for a good minute before finally slapping hands with her.  She congratulated him, and the three stood around looking like they’d rather be anywhere else.  Things only got more awkward when Candiace and Chris joined their circle.  Candiace and Ashley still aren’t on the best of terms following Candiace’s knife-wielding attack on Ashley during her dinner party a few weeks back.  While Ashley hugged Chris warmly, she and Candiace barely spoke.

Michael seemed relaxed and happy at the party—especially while bonding with Juan! The two hugged repeatedly and discussed sports while the ladies spoke on the other side of the room.  Ashley had some pretty harsh words for her friends, and she told them that she hadn’t appreciated their lack of support throughout the entire predicament.  She directed most of her ire at Gizelle.  She said Gizelle seemed gleeful at her discomfort, and she was far more concerned with gossiping about her than being a shoulder for her to cry on.

Gizelle told her that she was only reacting to her attitude.  She said that Ashley hadn’t seemed concerned about the situation, so she hadn’t been either.  Ashley said she definitely wasn’t concerned because it was all “bullsh**” anyway. Candiace said it couldn’t all be “bullsh**,” and she wondered again if Michael might be gay.  Ashley assured her he was not.

Ashley was pretty annoyed, but the ladies seemed to leave it at a fairly positive place.  But trust me, this is far from over.  The ladies will return next week with even more drama—stay tuned!