RHOC’s Vicki Gunvalson Speaks Out on Emily Simpson’s Marriage and Bethenny Frankel’s Exit From RHONY, Plus Tamra Weighs In 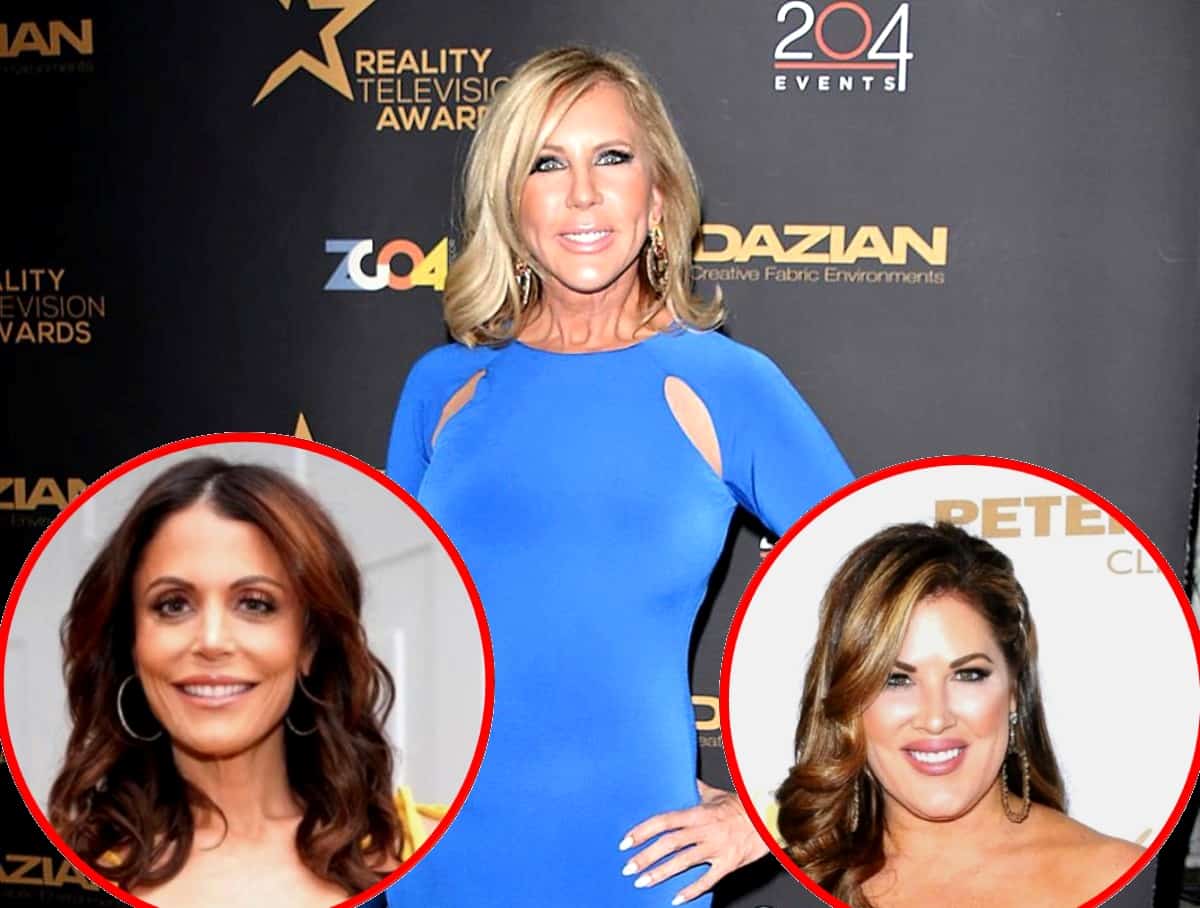 Vicki Gunvalson is speaking out about the seemingly strained marriage between her Real Housewives of Orange County costar, Emily Simpson, and her husband, Shane Simpson.

During a new interview, the RHOC cast member also shared her thoughts on Bethenny Frankel‘s sudden departure from The Real Housewives of New York City.

“[Bethenny]’s obviously got the money, and she’s good. She’s doing a lot of great work for the Bahamas right now, and truly, I wish her the best,” Vicki told Us Weekly on September 11. “This is not for people that can’t handle the hardship. I mean, it’s a tough gig. … She’s gonna be fine.”

Bethenny confirmed her exit from RHONY on August 21 after appearing on the show for eight of its 11 seasons.

As for Vicki’s comments about Emily and Shane, she was asked about her thoughts on their relationship during an appearance on Andy Cohen‘s Watch What Happens Live on Tuesday night’s After Show.

“Well actually I was going to call her and I refrained from it,” she admitted.

According to Vicki, Emily told her she and Shane were doing fine before the start of production on season 14.

“I just really feel bad,” Vicki admitted. “They are having issues and I just kind of feel like the pressure of having marriage problems with cameras on, everything gets exaggerated.”

“I feel that… I could have done things way differently when I was married to [Donn Gunvalson]. I feel like you need to go back to your roots, to your family, and keep that sacred,” she added.

Also during the show, Tamra Judge, who was seated in the audience, weighed in on the marriage drama between Emily and Shane.

“I always say, if you are in a marriage on shaky foundation and you go onto a reality show, it’s going to crumble,” she said. Tamra then said that after watching Shane’s interviews, his marital struggles with Emily were likely not caused by RHOC.