Home Real Housewives of Orange County News Emily Simpson Hints RHOC Costars Are Trying to Get Her and Kelly Dodd Booted Off the Show, Plus Tamra Teases Major Drama to Come and RHOC Live Viewing Thread!

Emily Simpson Hints RHOC Costars Are Trying to Get Her and Kelly Dodd Booted Off the Show, Plus Tamra Teases Major Drama to Come and RHOC Live Viewing Thread! 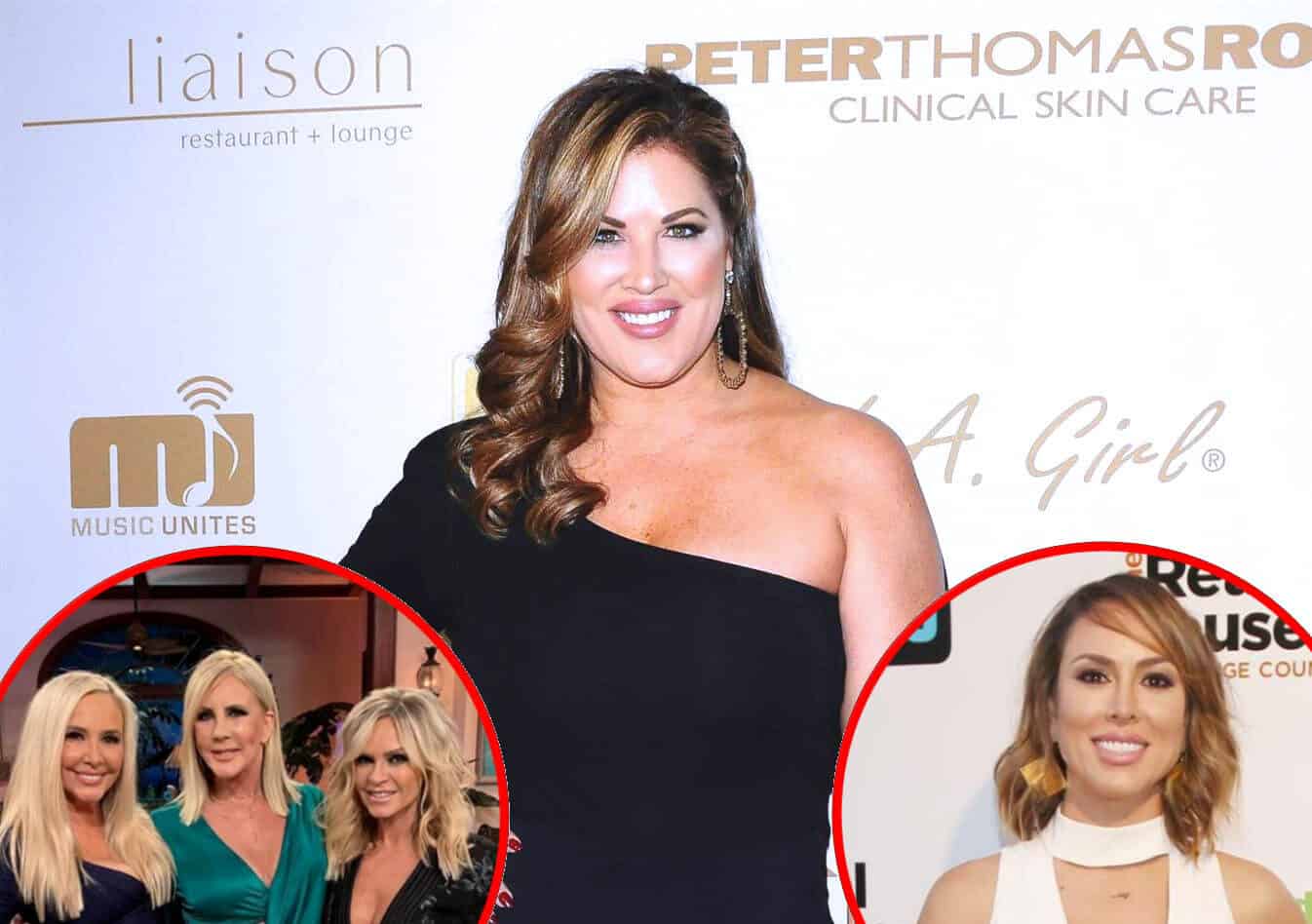 Does Real Housewives of Orange County star Emily Simpson think the cast is trying to collectively get her and costar Kelly Dodd fired? Plus, find out why Tamra Judge says this season still has major drama to come with “season nine” vibes.

Whether it’s on or offscreen, the women of RHOC know how to bring on the drama! Just last week, Orange County housewife Tamra took to Instagram to set the record straight after Real Housewives of Beverly Hills star Camille Grammer claimed that Kyle Richards got her fired from the show.

In an Instagram comment, Tamra denied the claim and insisted she had heard a different story, writing: “When you’re Not Friends with any of the cast they have No other choice but to let you go. No cast member has the power to fire someone.”

Well, Tamra’s costar Emily, who just happens to be an attorney in real life, believes Tamra might have incriminated herself as Emily believes Tamra IS trying to ice out both she and Kelly in an effort to get them fired from the show.

When a fan took to Twitter to ask why the housewives were so mean to Emily on the show, the attorney responded with her biting explanation by sharing a screenshot of Tamra’s comment.

“This is why… a systematic and calculated plan to ice someone out so they are let go from the show. Stay tuned and see them try it on Kelly @RHOC_KellyDodd” Emily wrote before pasting Tamra’s initial Instagram comment to her response.

This is why… a systematic and calculated plan to ice someone out so they are let go from the show. Stay tuned and see them try it on Kelly @RHOC_KellyDodd pic.twitter.com/Oe9iDCO5u1

In a later tweet, Emily confirmed that she ‘knew’ her costars were trying to get her off the show as well.

As fans already know, some of the Orange County housewives have been spreading rumors about Kelly on the show, claiming she’s done cocaine and participated in a “train” with eight different men, claims that Kelly has vehemently denied.

But when it comes to these damaging rumors, perhaps we don’t even know the entire story yet. In an interview with Hollywood Life, Tamra teased that there’s still a lot of drama we have yet to see in the upcoming episodes that may change things.

“I think a lot comes out throughout the season. I mean, alliances shift and more information comes out,” the CUT fitness owner said as she recalled the “train” drama that unfolded in the episode that aired on August 27. “I don’t even know what to say. Just watch, watch and see.”

While Tamra admitted in the interview that she wasn’t exactly sure why she had such a bad falling out with Kelly on the cusp of season 14, she claimed that her controversial comments were to be “expected.” The Bravo star went on to say, “[Kelly’s] just not stable… she’s an angry person.”

The 52-year-old housewife also teased that fans will have a taste of old school RHOC drama in the remaining episodes of this season.

“I think it’s good. I think it’s definitely the season that we needed, because the last couple of seasons, let’s face it, have not been our best,” Tamra said candidly. “And I am getting like a season nine vibe from this season.”

RHOC Live Viewing – This is also a live viewing thread for tonight’s episode of the RHOC, so feel free to comment and chat below as the new episode airs at 9/8c on Bravo TV. A preview clip is below.