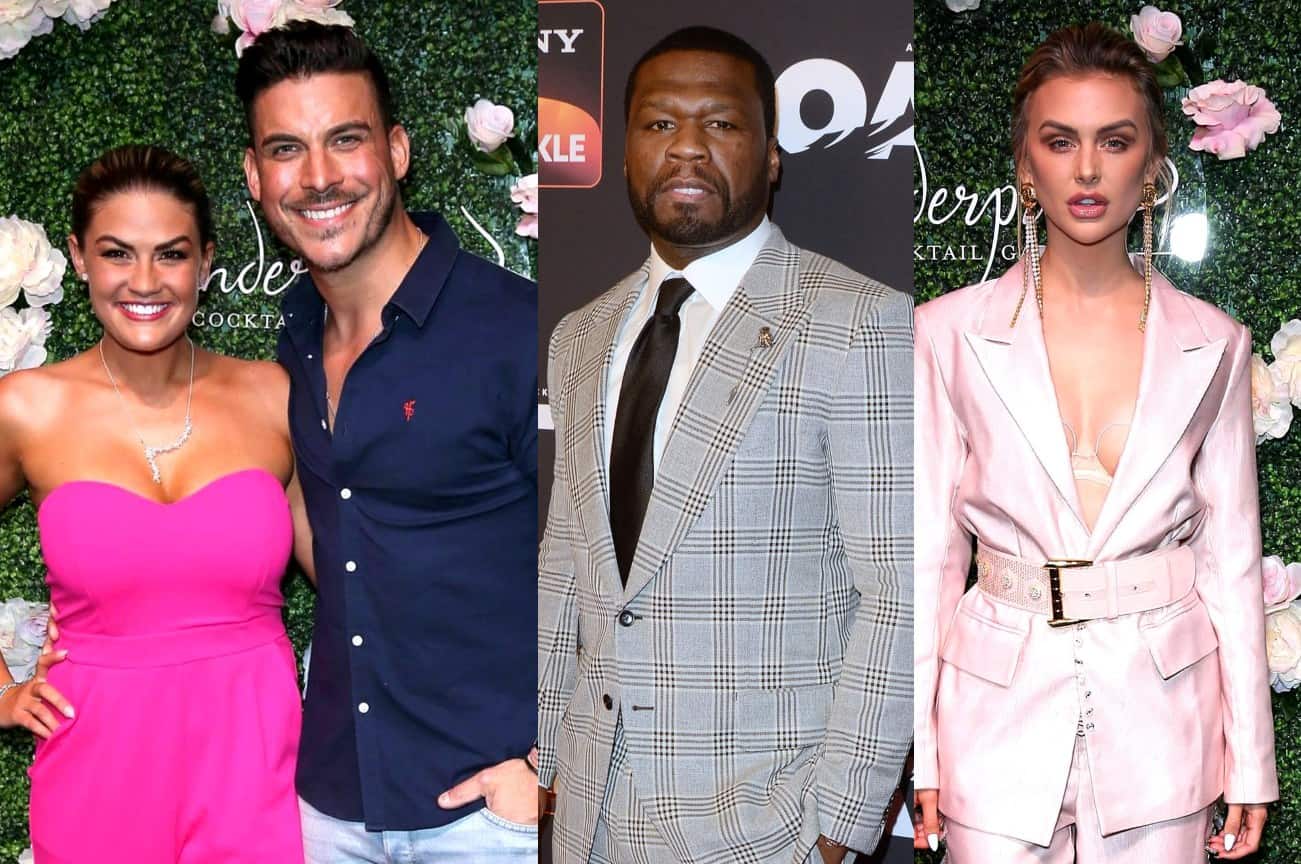 Vanderpump Rules stars Jax Taylor and Brittany Cartwright are calling out 50 Cent and defending costar Lala Kent and her fiancé Randall Emmett amid their ongoing feud with the rapper.

It’s hard to keep up with the seemingly neverending feud going on between 50 Cent and Lala Kent, plus her fiancé, that’s been going on since April. But the reality star’s friends Jax and Brittany are saying enough is enough!

“You know [50 Cent] looks stupid, he’s the one that looks dumb to be honest,” Jax blurted out in an interview with Hollywood Life this week. “If you read all the comments everyone’s going after him, not her. That’s how bullying is. That’s how people hurt themselves.”

“It’s kind of crazy actually, that a grown man is going after a 100 pound girl…a lot of people have done a lot worse to you 50 Cent,” the bartender continued. “And [you’re] going to go after a girl? Lies.”

As fans have already learned, 50 Cent and Randall both served as executive producers on a show called Power on Starz. And according to the “Candy Shop” rapper, he loaned Randall $1 million dollars that he was still waiting to be paid back for. And after 50 Cent released a thread of text messages between the two of them, the media ran with it — especially after seeing that Randall referred to 50 as “fofty” in a typo.

And while the two seemed to settle their money dispute, the feud got reignited last week after Lala claimed she “dinged his ego” during a Watch What Happens Live episode on September 12. Since then, 50 Cent has continued to call Randall and his reality star fiancée names on social media, prompting the couple to allegedly threaten to sue.

But Lala’s friends aren’t about to let 50 Cent continue to call her out. And similar to her husband, Jax, Brittany is also speaking out to defend her friend after 50 Cent questioned Lala’s sobriety.

“[There is] no truth to [50’s comments] whatsoever. So I think that’s the worst part. Whenever somebody just straight up lies about you,” Brittany told Hollywood Life. “But Lala’s definitely trying to stay positive. She’s trying not to look at stuff…don’t attack somebody for something so little, I just don’t understand.”

Brittany also added that her costar was “strong” and has been “sober for a year” in response to the rumors 50 has been spreading about the Vanderpump Rules star, saying she was acting drunk and using cocaine. Lala has vehemently denied these accusations and referred to them as “cyberbullying.”