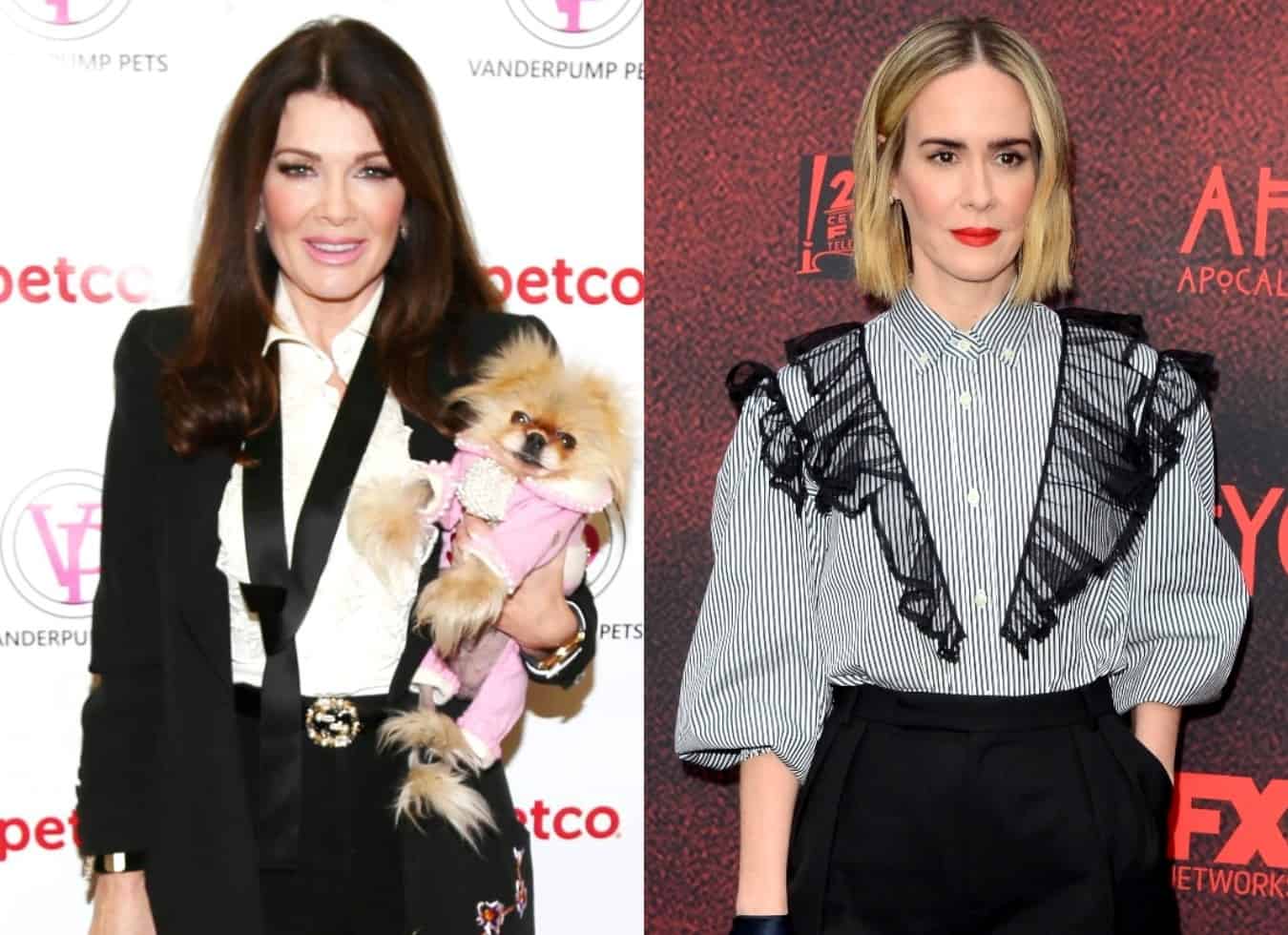 Lisa Vanderpump is clapping back at Sarah Paulson for stating she wasn’t a ‘nice’ person.

After learning the actress accused her of being “not nice” during an interview with Vanity Fair earlier this week, the former Real Housewives of Beverly Hills star fired back at Sarah on Twitter by telling fans she has no idea who she is and suggesting she may have fabricated the details of their alleged run-in.

“Sorry, but who is she?” a fan asked after reading Reality Blurb‘s article about Sarah’s comments.

“Not sure lol,” Lisa replied.

After another fan called out Sarah for bullying Lisa due to her alleged closeness to Lisa’s former RHOBH co-stars, Eileen Davidson and Lisa Rinna, “who live to attack her,” Lisa offered another response and suggested she wasn’t so sure they’d ever met.

“I am sorry, not sure I know her and I don’t believe or remember meeting her…I try to be nice to everybody lol,” she tweeted.

During Sarah’s interview with Vanity Fair, she addressed Lisa’s exit from RHOBH while appearing in the magazine’s “Lie Detector Test” video. Ironically, she told the outlet that she didn’t want her comments to prompt a Twitter feud.

“I don’t want [Lisa] coming after me on Twitter, but I won’t miss her,” Sarah said. “I’ll miss the dynamic she brings to the group, which is, you know, the fear of God she instills in everyone. But no, I won’t miss her.”

According to Sarah, she encountered Lisa at a party and their interaction wasn’t pleasant.

Also during the interview, Sarah said that despite Bethenny Frankel‘s recent exit from The Real Housewives of New York City, the show will be just fine.

“I think the star of the Real Housewives is the franchise itself. So I think it will survive without her… although I personally will miss [Bethenny],” Sarah said.