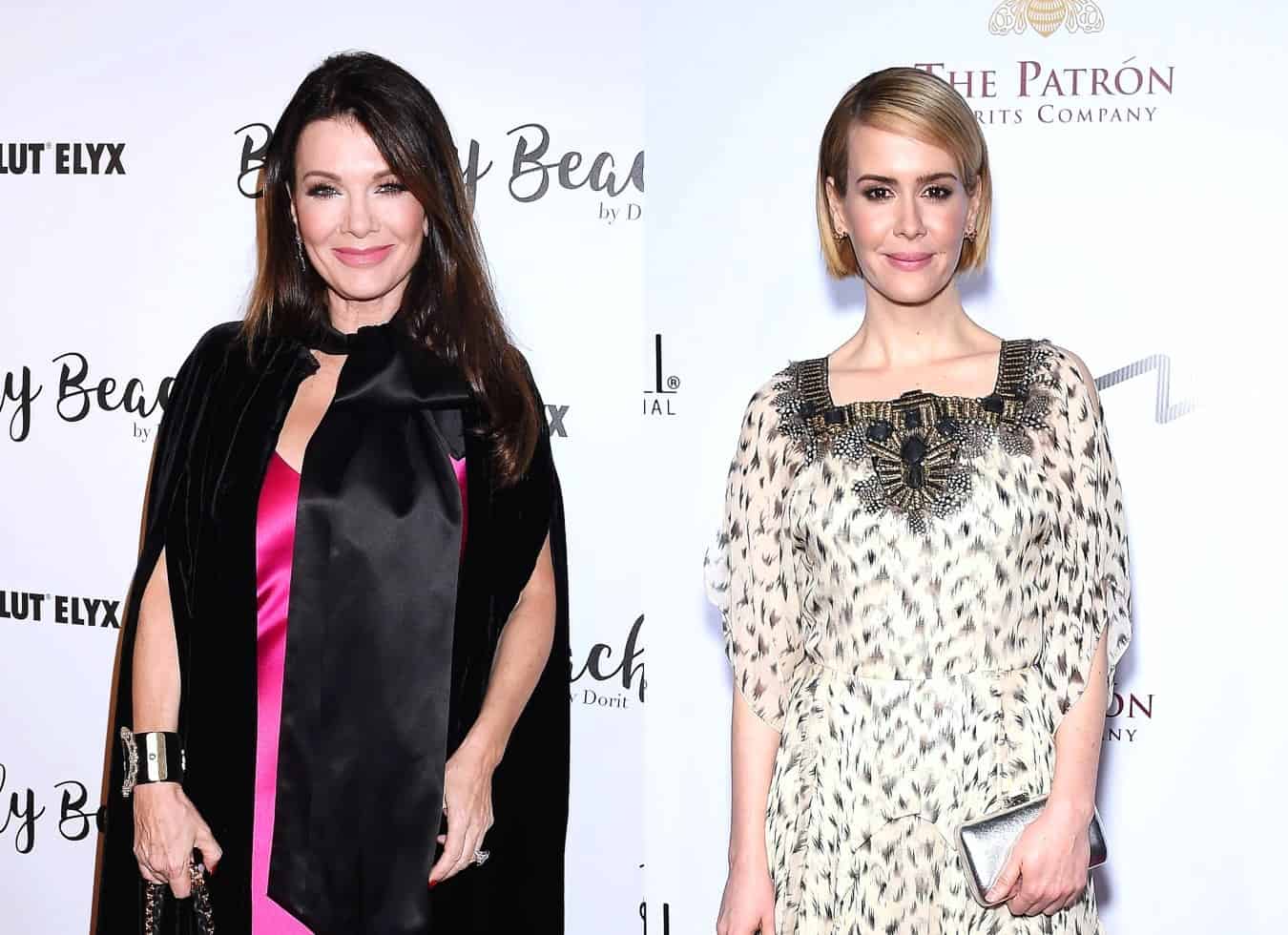 Lisa Vanderpump may have suggested that she never actually met Sarah Paulson, but according to a 2015 Instagram photo, she and her former Real Housewives of Beverly Hills co-stars spent time with the actress at a Family Equality Council event that March.

Following Lisa’s claims about not knowing Sarah and her suggestion that Sarah might have fabricated an alleged encounter between the two of them, during which Lisa was “not nice,” a photo shared by actor Andrew Rannells has been uncovered.

In the photo, Lisa and Sarah were seen posing beside one another at a table as Lisa’s husband, Ken Todd, was seen behind them.

Even more, despite Sarah’s earlier claim that Lisa was “not nice,” she appears quite chummy in the photo with Lisa and appears to be holding Lisa’s dog Giggy in the picture taken from Andrew’s Instagram page. 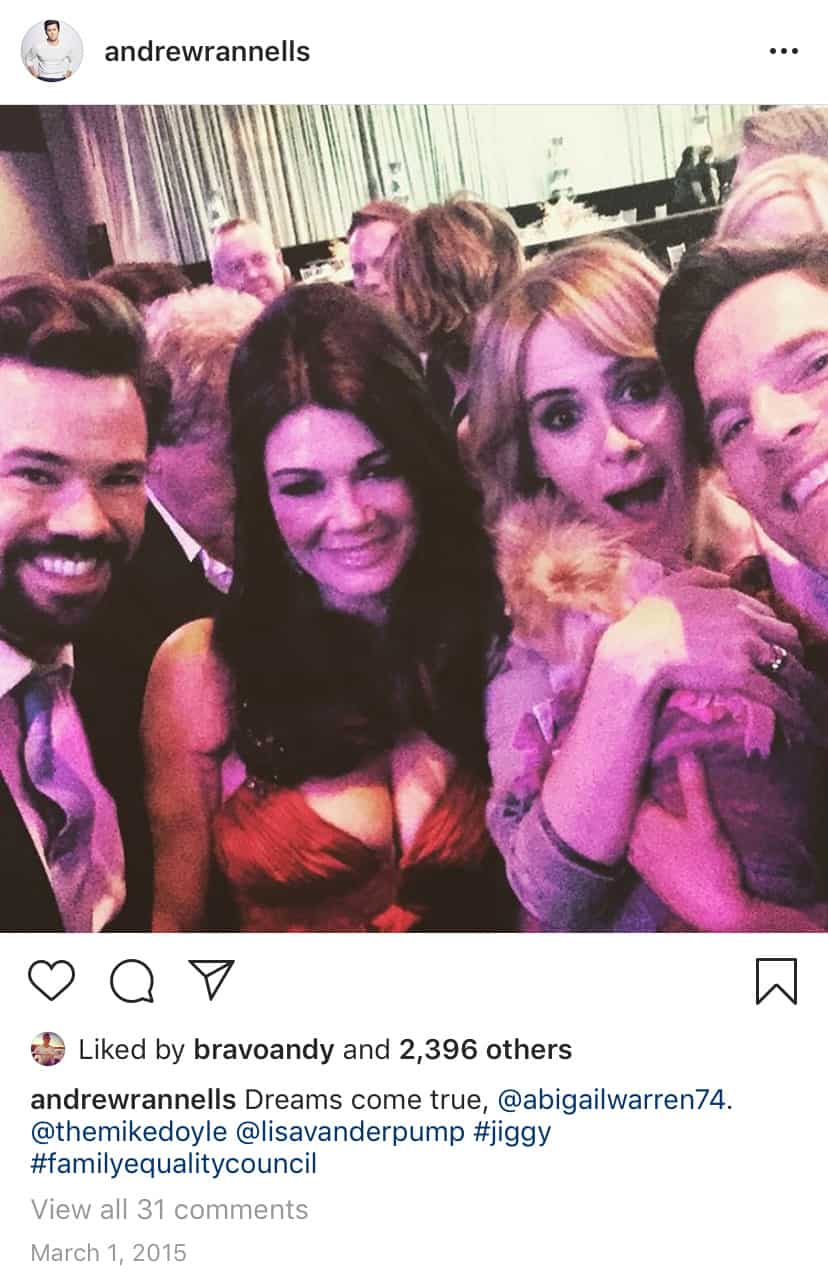 According to a report from Bravo TV’s The Daily Dish on March 2, 2015, a number of RHOBH stars were present at the Family Equality Council event, including Kyle Richards, Lisa Rinna, Eileen Davidson, and Camille Grammer.

Lisa R. also shared a tweet from the event, which included a link to the photo shared above.

“Match made!” she wrote in response to Andrew’s image.

Lisa V.’s online feud with Sarah was sparked by a “Lie Detector Test” special Sarah did with Vanity Fair earlier this week. During the interview, Sarah was asked about her thoughts on Lisa V.’s exit from RHOBH and said that while she would miss seeing her on the show, she wasn’t a fan of her actual personality.

“I’ll miss the dynamic she brings to the group, which is, you know, the fear of God she instills in everyone. But no, I won’t miss her,” Sarah explained.

According to Sarah, it was her meeting with Lisa V. years ago that turned her off to the longtime reality star.

In response to Sarah’s comment, Lisa V. told her fans and followers that she wasn’t sure who Sarah was.

“I am sorry, not sure I know her and I don’t believe or remember meeting her…I try to be nice to everybody lol,” she tweeted.