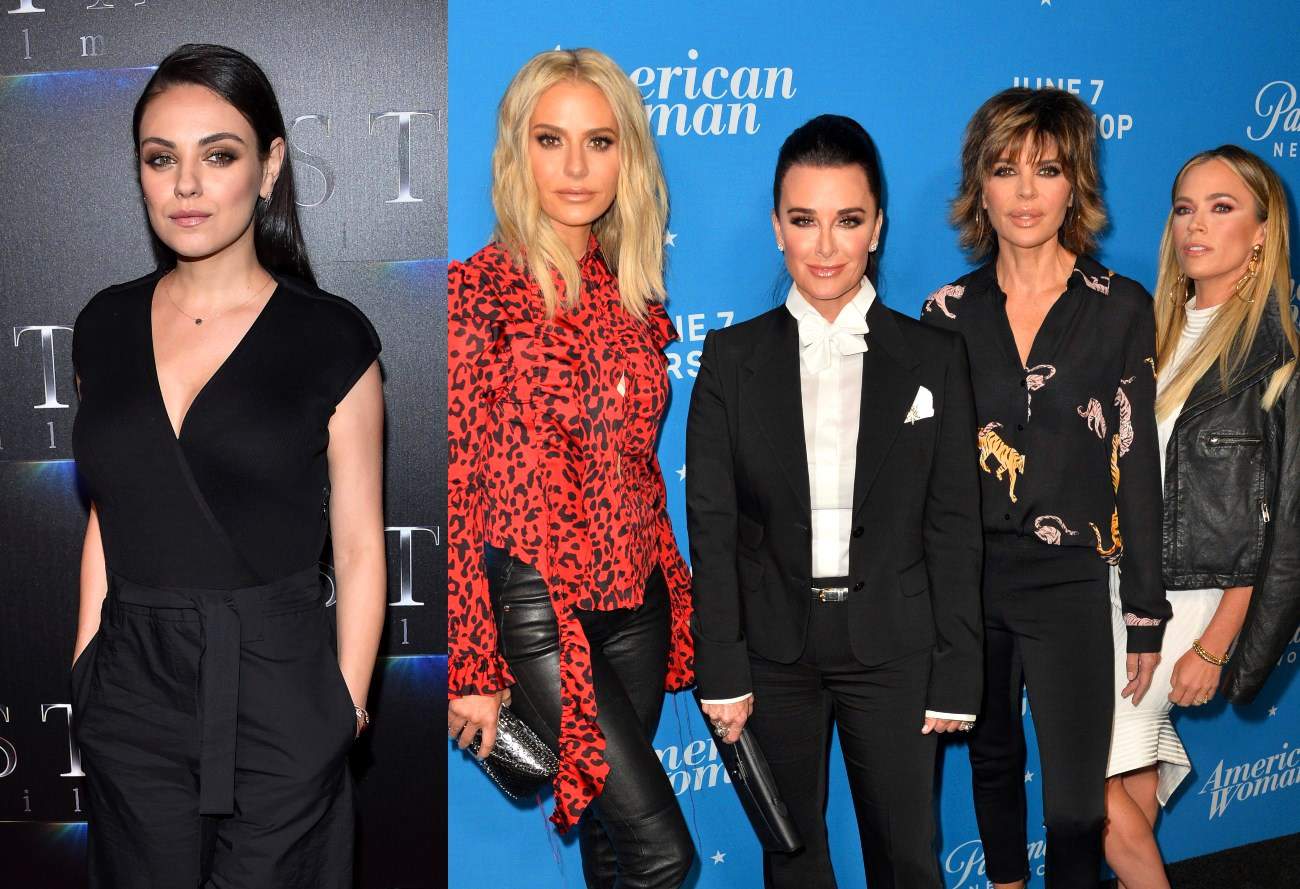 After confirming she is a “big” fan of The Real Housewives of Beverly Hills, the actress revealed which male cast members she’d marry, shag, or kill. Then, she did the same with the women of the hit Bravo TV reality series.

“I don’t want to offend anybody. They all seem very lovely,” Mila stated before naming her picks, via E! News.

Mila then revealed her picks for the ladies of the show.

“I would murder Dorit Kemsley. She seems very high maintenance and she would be very expensive to get married to. We’re on a budget,” she joked. “I would marry Kyle Richards and then I would have fun with Lisa Rinna. I feel like Lisa Rinna is a little more feisty. She would be really fun for a night.”

While Mila would love to be a part of the RHOBH cast, her husband, Ashton Kutcher, is not at all on board with the possibility.

“I did ask my husband [Ashton Kutcher] once: ‘Listen, later in like 20, 30 years, what do you think of me going on Real Housewives of Beverly Hills? Just for like a year. He goes, ‘I would kill you,'” she recalled.

In March of this year, amid the Puppy Gate drama of RHOBH season nine, Mila filled in for Ellen Degeneres on her talk show and welcomed Erika Jayne as a guest. During the show, Mila and Erika chatted about whether or not Lisa Vanderpump leaked the dog abandonment story about Dorit.

The Real Housewives of Beverly Hills will return to Bravo TV for season 10 next year.