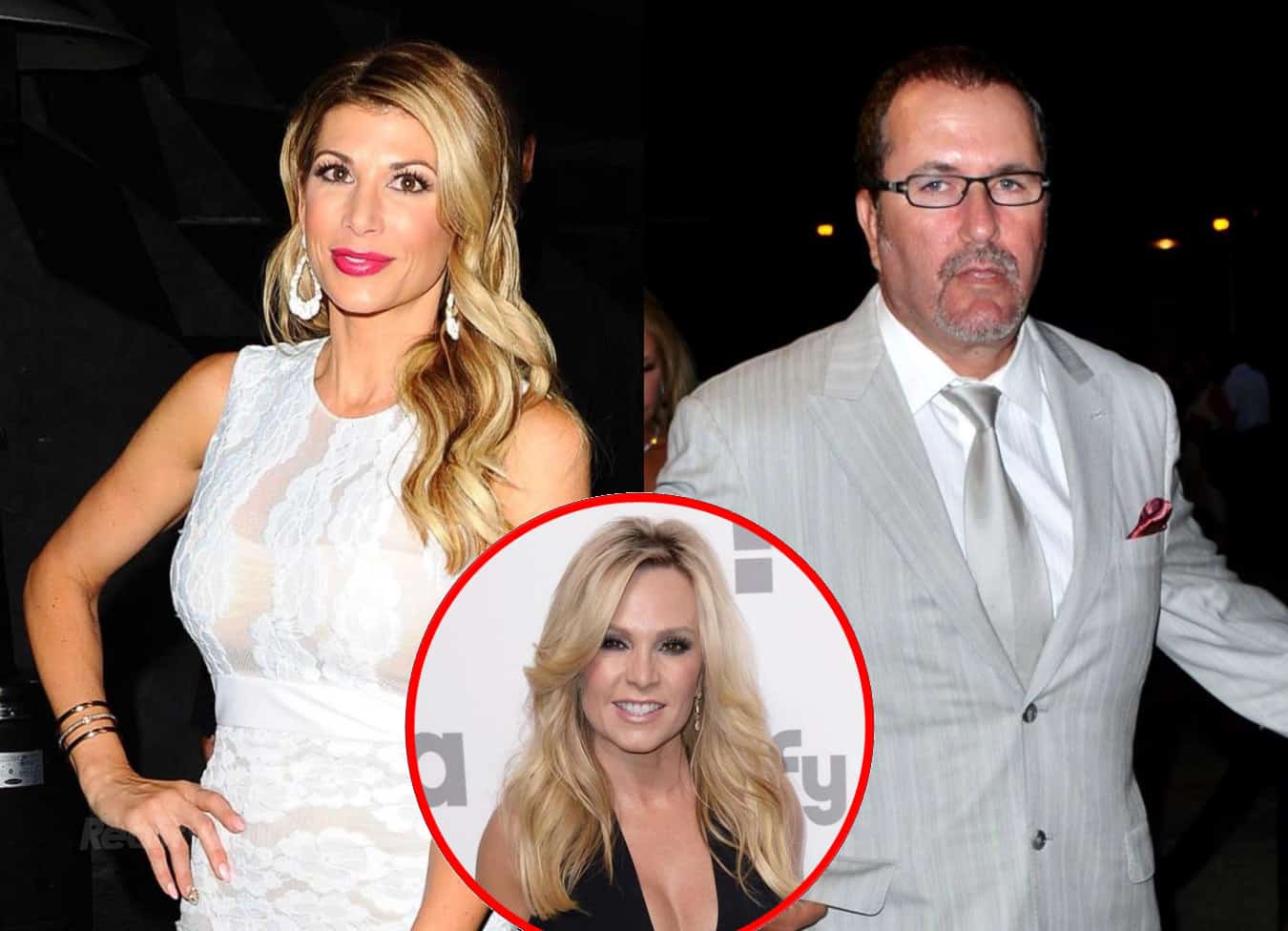 Former Real Housewives of Orange Couty star Alexis Bellino is opening up about her divorce from Jim Bellino. Plus, is Tamra Judge the reason she didn’t want to come back as a full-time cast member on the show?

Fans became familiar with Alexis’ now-ex-husband, Jim, back when she was a regular on the show. And after 14 years of marriage, the two decided to separate back in August of 2018. For the first time since her exit in season eight, the reality star appeared briefly in RHOC’s latest episode to admit that she and her ex were “really in a broken marriage for a lot of years.”

But these days, Alexis is finally opening up about her divorce and admitted that things have come “full circle” in a recent interview with PEOPLE.

“We’ve been through it all,” the mother-of-three said of her and Jim. “It’s been a year and a half now. We’ve worked out a good friendship.”

“I think we’ll always be friends until the day we die because we have three beautiful children today that we have to bring [through] this world,” Alexis explained, referring to her son James, 13, and twin daughters Melania and Mackenna, who are just shy of 12 years old. “And the best way to do it is to be friends, right? You have to put all the animosity behind you, which we’re both doing, and move on.”

However, things between Jim and Alexis weren’t always this way — the reality star admitted that the separation wasn’t always “picture perfect.”

“It was definitely rocky, tumultuous, [and] hard — so many emotions,” divulged the former Orange County housewife. “Anyone going through a divorce knows everything I’m talking about. You’re crying over the loss of your family, you’re crying over sharing your kids. And I was full-time mom mode. He’d never changed a diaper or fed a kid. He didn’t know bath time, he didn’t know any of that stuff. So it was really hard for me to give up those reins for my family.”

Despite this, Alexis knew deep down that staying in a relationship with Jim would be the wrong decision.

“I thought Jim was going to be my forever. When I took my vows, I honestly didn’t think divorce was going to be an option. But when it starts getting toxic enough in the relationship between two people and it bleeds into the family or it’s just too much, you have to take a step back,” the Bravo star explained. “I had to pray for a long time about it. But some things happened that just brought it to a head.”

Fans can likely remember that one of the biggest issues the couple dealt with on the show was whether or not Alexis should remain a stay-at-home mom. So was the show to blame for their ultimate end?

“For me, the show didn’t tear us apart more because it actually gave me something that was my own and it gave me a career and I wasn’t just a wife, a maid, a nurse, a mom, a taxi driver — I actually had something that was for me again,” said Alexis. “But I know he feels that the show probably brought the marriage to an end.”

But now that Jim is out of her life, what would it take for Alexis to come back on the show? According to a Radar Online report, there’s still one big reason why the former housewife refuses to come back full time: Tamra.

According to a source, Bravo producer Andy Cohen allegedly approached Alexis to come back to the show full time this season, but she said no because she wanted “nothing to do with Tamra.” Turns out being coined “Jesus Jugs” may have been a little too much for the reality star to handle.

The insider also revealed that due to the nasty legal battle between Jim and Tamra, Alexis didn’t want to be on the cast. According to previous reports, Jim filed a lawsuit against Tamra and Orange County housewife Shannon Beador for defaming his name. Shannon was eventually dismissed from the case.

“Tamra runs everyone off the show,” the insider continued. “Alexis refused to come back because she won’t be around Tamra.”

“Alexis agreed to film just one scene. She has no interest in being around Tamra who she thinks is just a mean person,” the insider added, referring to Alexis’ brief appearance on Tuesday’s episode.