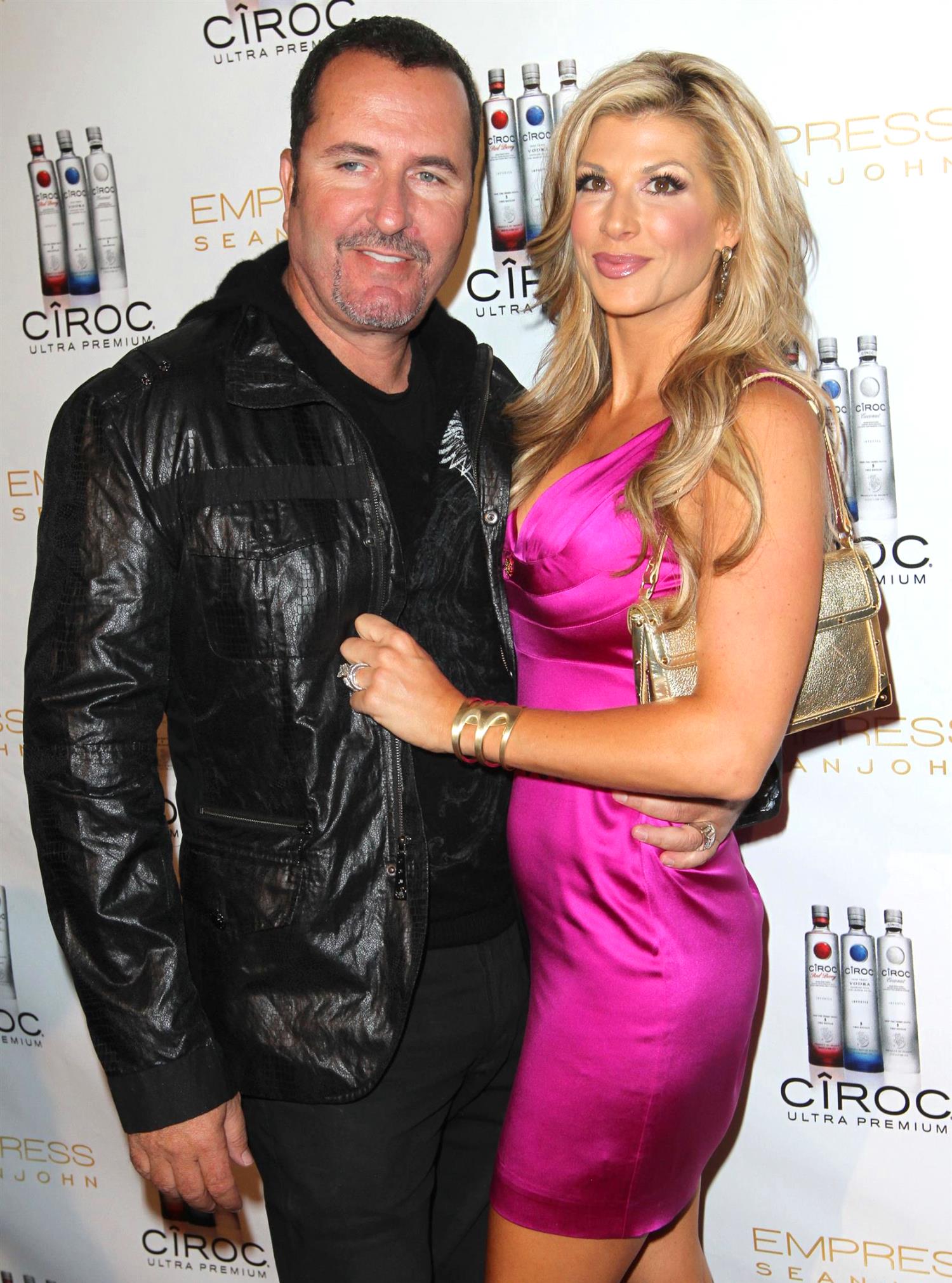 Alexis Bellino‘s husband, Jim Bellino, is wasting no time moving on from their 13-year marriage.

Just two weeks after Jim filed for divorce from his former Real Housewives of Orange County star wife, he’s been photographed canoodling with another woman in Las Vegas.

On July 6, Radar Online shared photos, posted below, of Jim’s encounter with his brunette mystery girl, revealing that the potential new couple was seen dining at Jean George’s Steakhouse at the Aria Hotel on Thursday evening.

“It looked like a romantic dinner,” an eyewitness told the outlet. “They were kissing, flirting and laughing with each other.”

“Jim and the woman kissed each other often while they were sitting at the bar,” the insider continued.

During their outing, Jim and the unnamed woman each enjoyed a glass of wine before Jim picked up the bill.

After obtaining the shocking photos of Jim, Radar Online contacted the former reality star in regard to his recent outing and received a statement.

“Alexis and I each spent 2 1/2 days separately at Alisal Dude Ranch with our children,” he explained. “I went to Vegas and met some friends after the trip.”

On Instagram this week while celebrating the Fourth of July, Alexis shared several photos of herself and her three children, 12-year-old old son James and 10-year-old twin daughters Melania and Mackenna, at the ranch.

Jim filed for divorce from Alexis on June 21. Days later, they released a joint statement regarding their decision to end their marriage, while also shutting down rumors that their divorce was phony or suspicious.

“It is with heavy hearts that we inform the public of our mutual decision to end our marriage… We hold one another in the highest regards as spouses, and especially as parents. We have agreed on 50/50 custody of the children, and we ask that you respect our privacy by not theorizing about the reasons for our divorce,”  they said at the end of last month.

“In recent days and weeks, there has been a lot of negative discussion about our marriage and why it is ending. Outside of the news of our decision to part ways, there is nothing provocative, alluring, or sordid about the dissolution of our marriage. Quite to the contrary, we strongly support each other just as we have since the beginning of our relationship,” they added.

TELL US – ARE YOU SURPRISED THAT JIM IS MOVING ON SO QUICKLY?