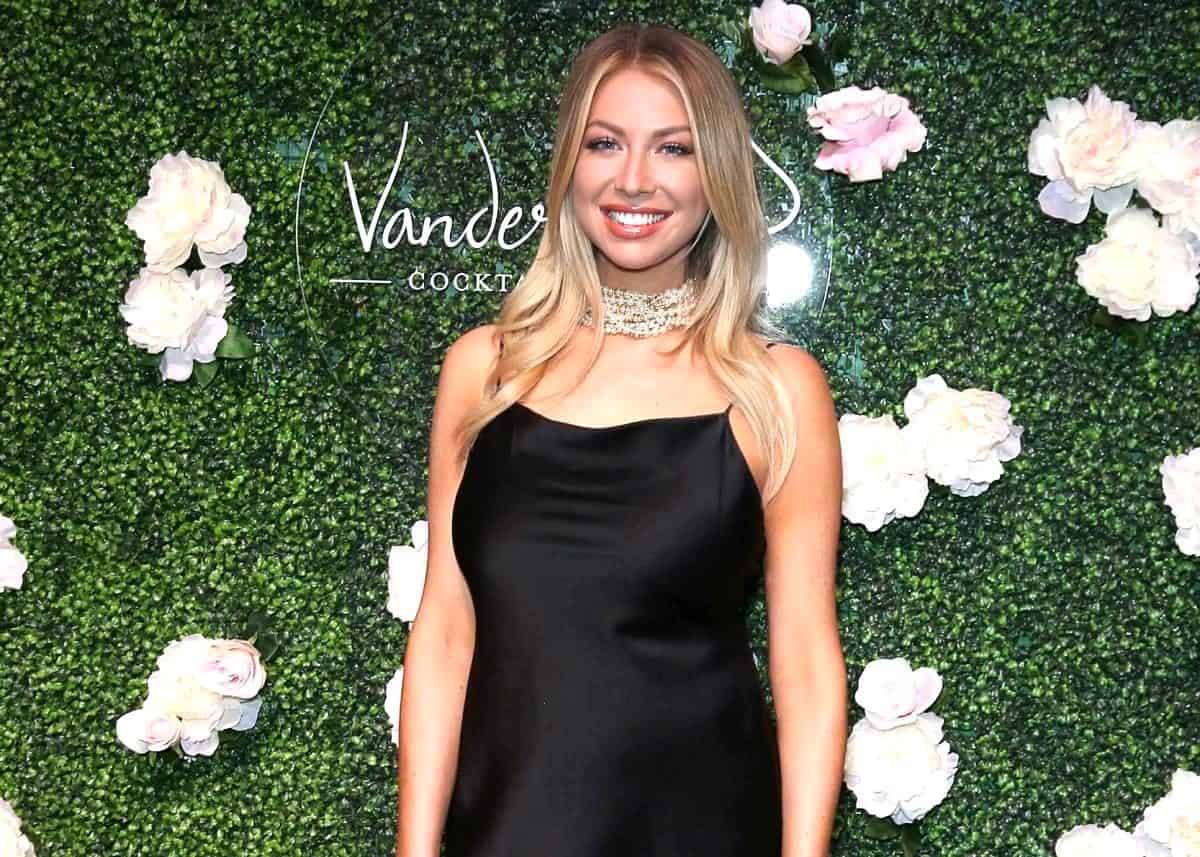 With the filming of Vanderpump Rules season eight well underway, fans are dying to know what to expect from both old-school cast members and rumored newbies. And lucky for us, Stassi is coming through with some juicy details!

In a recent episode from her Straight Up With Stassi podcast, the reality star revealed to her guest and fellow-podcaster Danny Pellegrino that this next season may not be her best.

“I’m due for [a bad season]. I am way due for one,” the newly-engaged Bravo star admitted to Danny on her show. “And I’m expecting it to come anytime. Seasons one, two, and three were my bad seasons…I mean those were my most entertaining seasons but people did not like me.”

Stassi also dished that this next season would be a bit different thanks to the cast shake-up.

“This season’s kind of confusing because it’s different. We have new people around,” the Bravo star explained. “Typically, I’d be like James [Kennedy] is having a bad season but I didn’t have to film with him once. They didn’t force us to be in situations with people that I wouldn’t. Like, why the f**k would I ever be around James? So, I wasn’t.”

And while Stassi isn’t one who typically accepts new castmembers with open arms, she really didn’t have anything bad to say about the season eight newbies simply because they didn’t come at her with any drama.

“No [they didn’t get into fights with the old cast] which was so boring. I was waiting for it but they just fought with each other. I’m like come on, this is like not that fun. Fight with us!”

However, the same couldn’t be said for Vanderump Rules bad boy, Jax Taylor. As fans have already learned from previous reports, the Bravo star and his wife Brittany Cartwright were rumored to have butted heads with newcomer, Dayna Kathan. But unfortunately, Stassi couldn’t speak much on the matter.

Then things took an interesting turn when Danny asked the Straight Up With Stassi host which cast member had the best spin-off potential — and her answer was somewhat surprising.

“Probably Scheana [Marie]. I always say this and everyone gets annoyed with me but I feel like her scenes are my favorite scenes, I never fast forward through them. They’re so cringy that it’s like I could watch a whole show on Scheana,” Stassi said.

The reality star also revealed if she agreed that editing was to blame for the way Scheana has been portrayed on the show, which Scheanna herself has argued about in the past.

“Scheana says editing but I’m like that’s literally what I saw in front of my face, b***h. It couldn’t be more accurate.”
New episodes of Vanderpump Rules are predicted to air sometime later this year.
Photo Credit: Startraksphoto.com