Home Real Housewives of Orange County News RHOC’s Jim Edmonds Defends Nanny as Daughter Hayley Weighs in on Affair Allegation, Plus What Meghan King Edmonds Has Been Up to as Bravo Stars Support Her

RHOC’s Jim Edmonds Defends Nanny as Daughter Hayley Weighs in on Affair Allegation, Plus What Meghan King Edmonds Has Been Up to as Bravo Stars Support Her 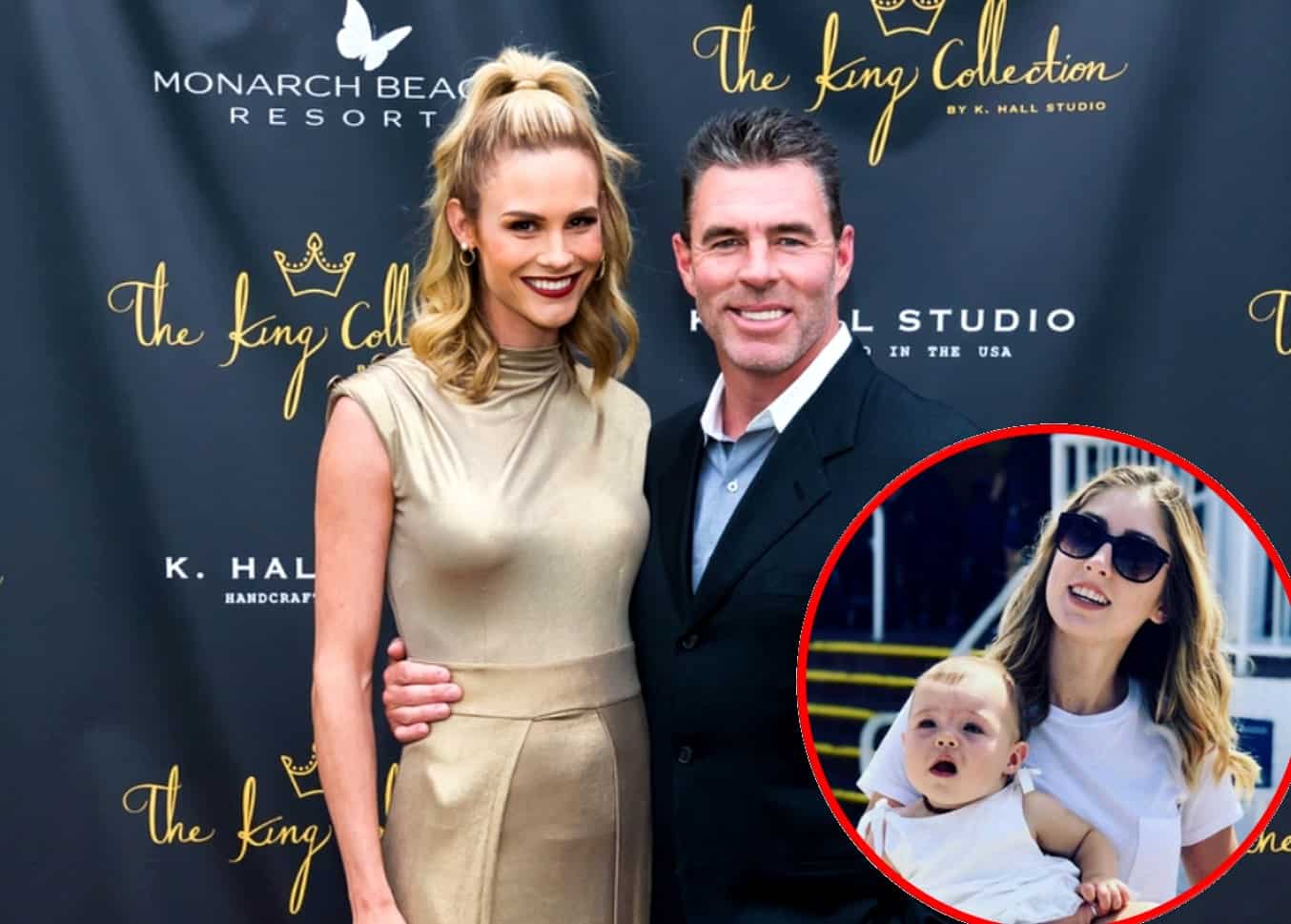 Jim Edmonds is insisting he never cheated on his wife, Meghan King Edmonds, with their nanny, Carly Wilson.

After the Real Housewives of Orange County star made the claim on Instagram, the baseball legend and sports commentator took to his own page on Monday morning to defend Carly. Jim’s daughter also weighed in, and a number of Bravo TV reality stars spoke out in support of Meghan.

First, over the weekend, Jim took to his Instagram Stories to share a quote that read: “They should make a new law where you can be arrested for making false accusations against anyone!” 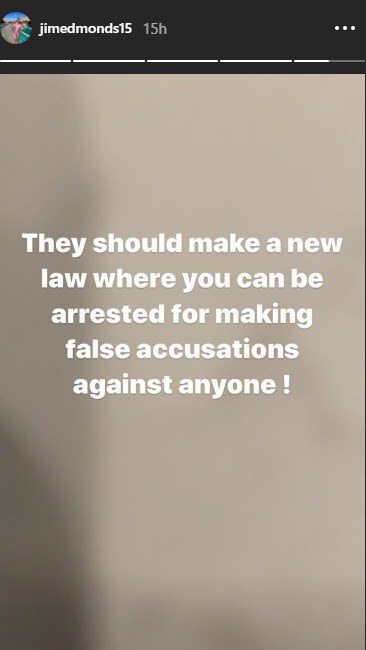 And then, just moments ago, Jim shared a lengthy post vehemently defending himself and 22-year-old Carly. “It’s one thing to be accused of something. It’s another thing to be so negligent and so careless, and ruin the lives of innocent young people. I did not sleep with our nanny,” he wrote on October 28.

According to Jim, he and Meghan had a very close relationship with Carly during her time at their home and had been treating and raising her as if she was one of their children.

“For someone to accuse me of sleeping with her is not only wrong, it’s disgusting and irresponsible,” he continued. “Just because I am an athlete and I was portrayed as a bad person on Bravo TV. Doesn’t mean I don’t have a clue what life is all about. We made a promise to that young girls mom, that We would take care of her and make sure that she was safe while she was in our hands. I will not sit here and take this bulls*t without fighting back.”

Jim then took aim at Meghan for the allegedly false accusations she made on social media.

“Just because you’re extremely whitty and intelligent and know how to play the Instagram game. Doesn’t give you the right to use that platform to wrongfully accuse,” he wrote. “Not only is it irresponsible. It is dangerous and puts my family in harms way.” 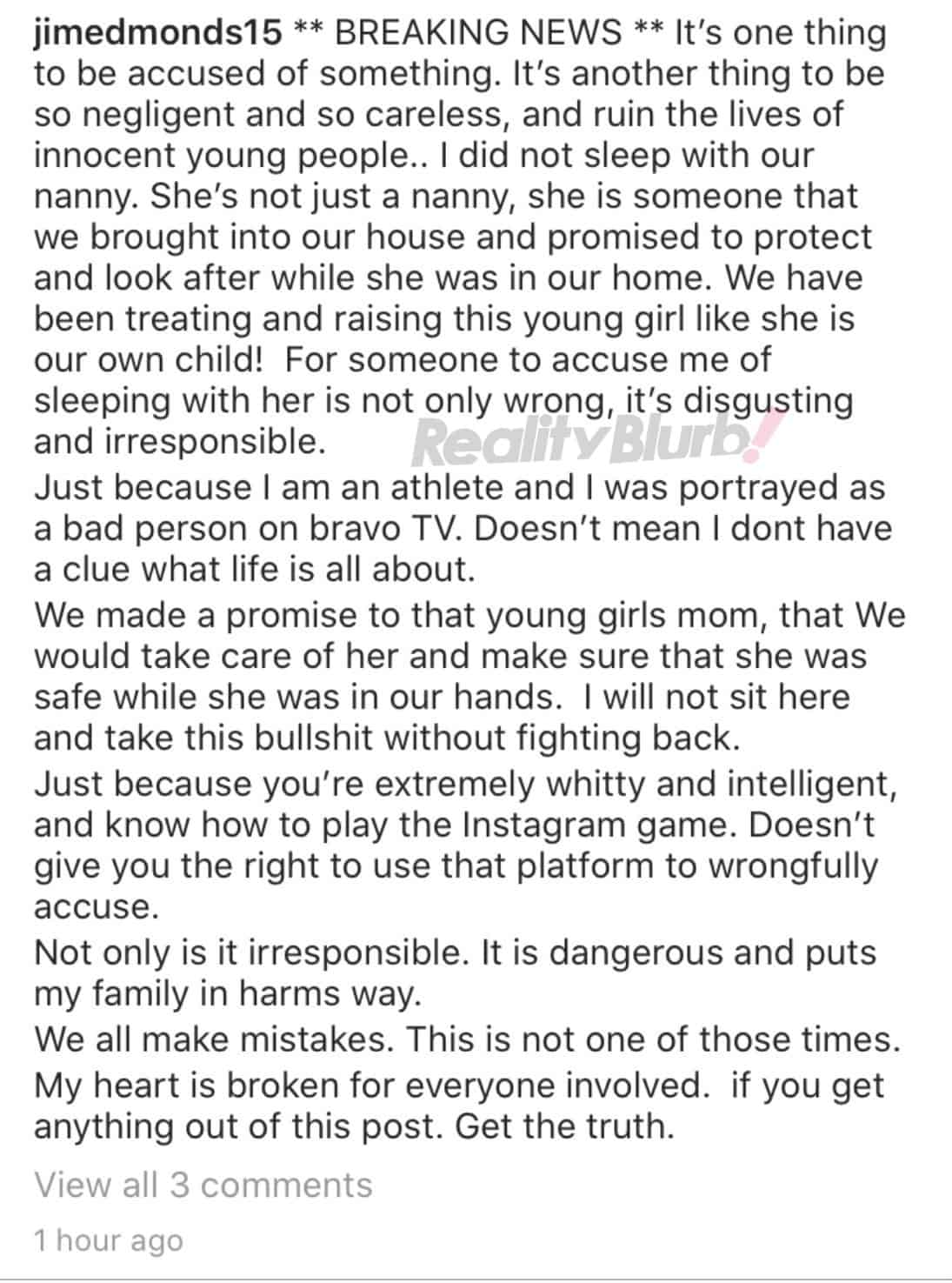 “We all make mistakes. This is not one of those times,” he added. “My heart is broken for everyone involved. If you get anything out of this post. Get the truth.”

In addition to Jim defending Carly, his daughter, Hayley Edmonds, denied that he cheated on Meghan with their nanny.

“Not true,” she wrote on Instagram in response to the report. “Carly has done nothing wrong and is an amazing human being… the truth will come out.”

“I know her personally… lol and it’s not true,” she added. “It’s all fabricated.”

Since Jim’s divorce filing, the couple has remained active on social media.

On Meghan’s page, she shared a happy photo of herself with some friends at a Halloween party.

“Thank you to my friends who took me out and wouldn’t let me miss one of my fave parties of the year!” she wrote in the caption. 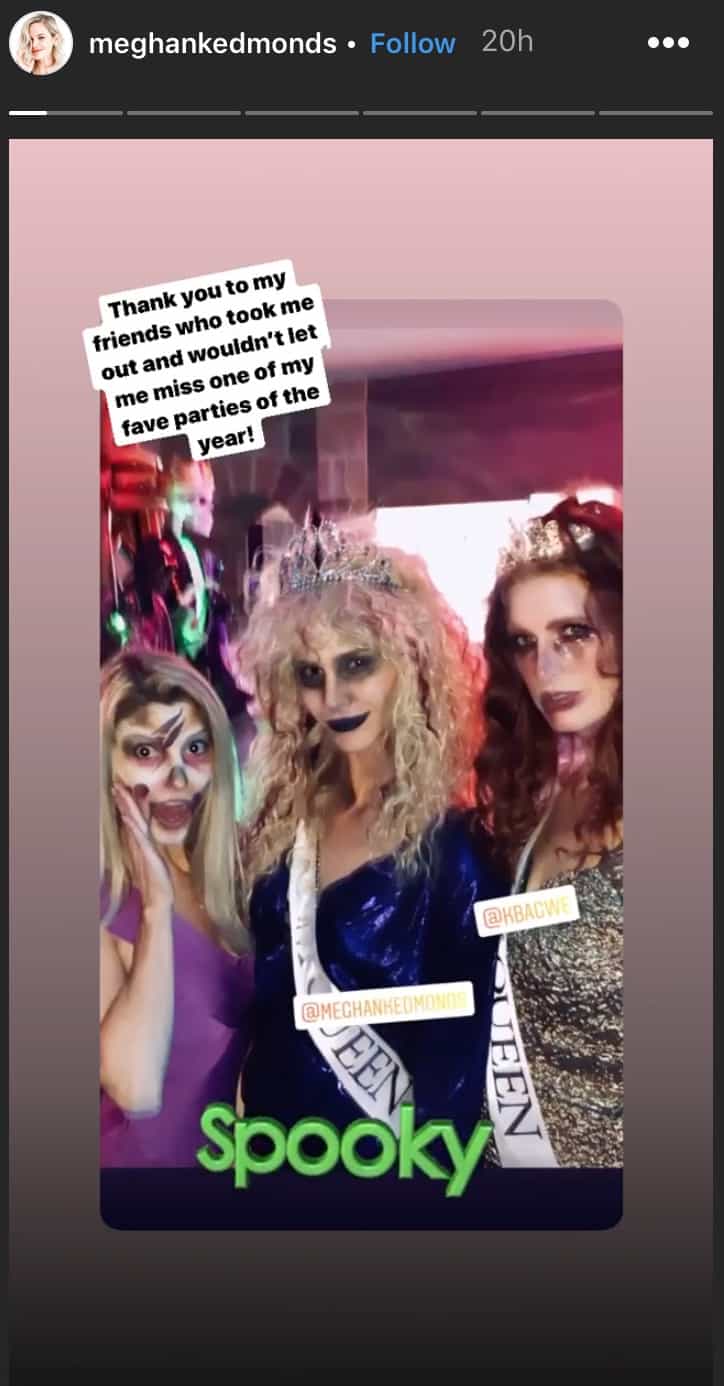 The following day, she took her kids, two-year-old Aspen and one-year-old twins Hayes and Hart, to a pumpkin patch. 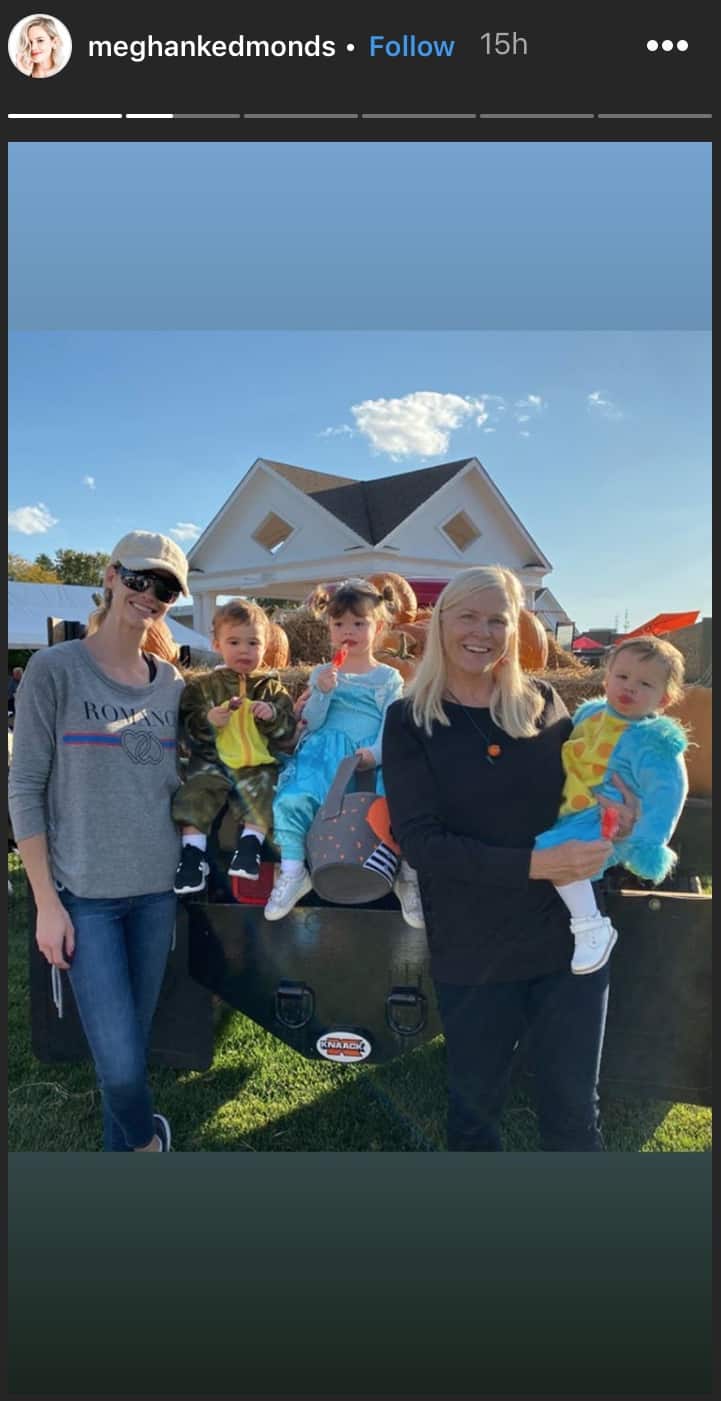 As rumors continue to swirl in regard to what caused the end of Jim and Meghan’s relationship, she’s received supportive messages from her fellow Bravolebrities on social media.

“Love you sister, you’ve got this,” wrote Todd Chrisley.

“He is a real POS who will never change. YOU on the other hand are young, beautiful and smart. You are way better off even though I know that is hard to see right now,” said Kyle Richards.

“Big hugs. You are a strong woman Megs. Love you you,” Tamra Judge stated.