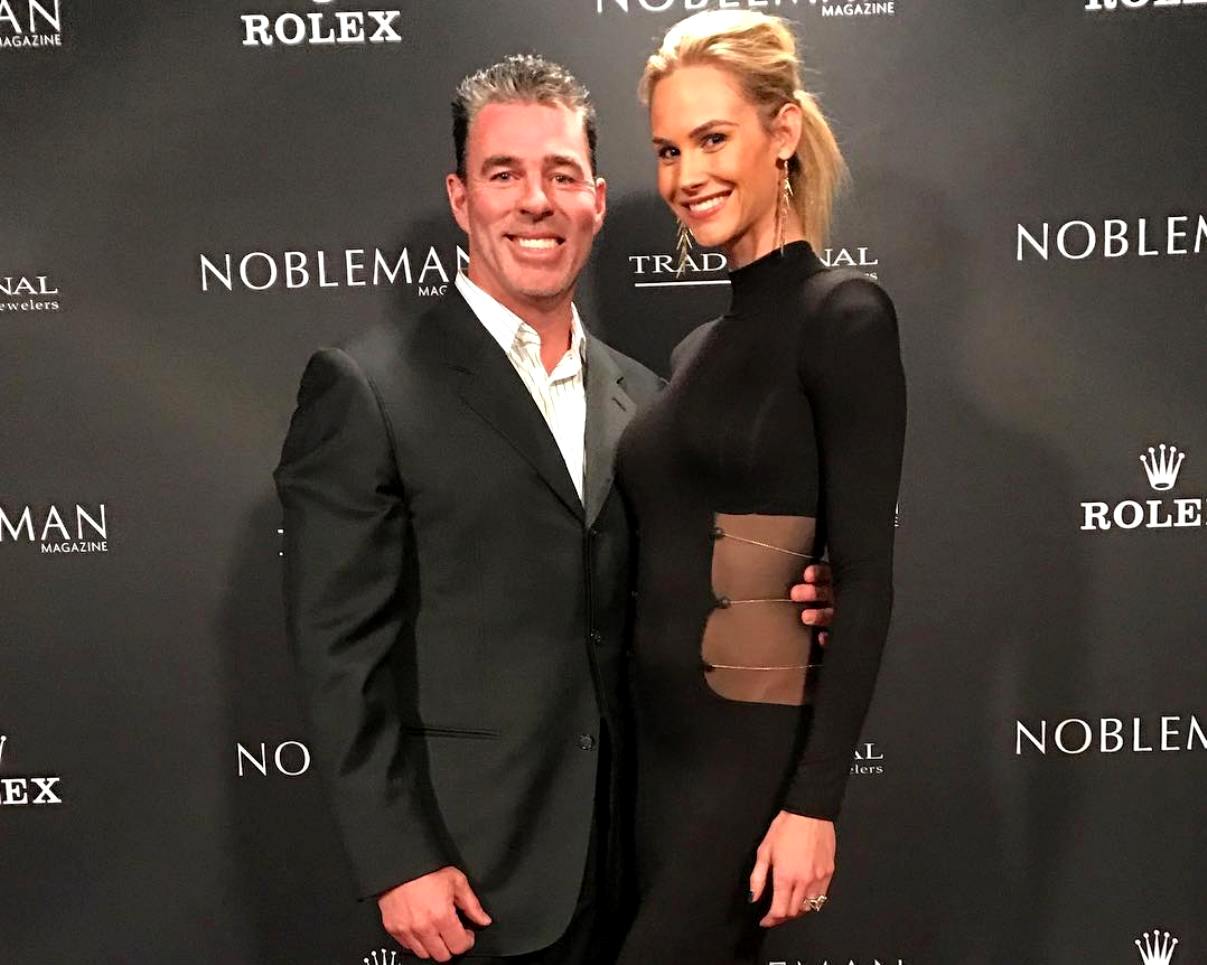 Meghan King Edmonds was left humiliated after her estranged husband, Jim Edmonds, called the police on her this week.

On November 6, after enjoying a night out with friends during which she had a couple of glasses of wine, the Real Housewives of Orange County star arrived back to her home in St. Louis, Missouri. Shortly thereafter, she was accused of cheating on Jim with the man who dropped her off and met with a police officer who claimed Jim was concerned that she was not able to care for their children after witnessing the man wreck his vehicle on their property.

“[Meghan] was washing her face when she heard someone knock around 10:30 p.m. An officer was there with Jim and told her Jim said he was worried she couldn’t care for [their] kids,” an insider revealed to Us Weekly on November 7.

However, after the officer asked Meghan if she felt “comfortable and capable of taking care” of her three kids, including two-year-old Aspen and 17-month-old twins Hayes and Hart, Meghan insisted she could “of course” take care of them and wondered why the man would think otherwise.

“In your personal opinion, do you think that I am in any way, incapable, of taking care of my three little baby children who are totally desperate for a parent?” she reportedly asked.

“Right now, my opinion is is that you are fit enough to take care of your children tonight and that’s all that I’m concerned with,” he allegedly replied.

According to an eyewitness, Jim, who cared for the kids during Meghan’s night out, was outside of the home during Meghan’s conversation with the officer. He also reportedly accused Meghan of cheating with the man who dropped her off before offering to spend the night at the house.

“[Jim] offered to sleep on the couch for the night and Meghan rejected that offer,” a second source revealed.

Following her meeting with police, Meghan was described as being “appalled” and convinced that Jim called the police in an effort to get back at her.

“Meghan had never been so humiliated in her life,” the insider said.

In a statement to Us Weekly, Jim said that while he did call the police, he didn’t do so in an effort to get revenge on his estranged wife, who accused him of having an inappropriate relationship with their nanny after their breakup last month.

”I did not call the police on my wife,” he said. “I called the police to protect the situation and make sure there were no further issues.”

According to a second report shared by In Touch Weekly, Meghan was supposed to return home by 7:15 p.m. but contacted Jim during her night out to see if she could stay out longer and have another drink with her friends.

“When she wasn’t home at 10 p.m. he had to let the babysitter go home. Meghan did not know that Jim was still at the house. She left her car at the bar and a middle-aged man pulled up into their driveway and Jim confronted them,” an insider claimed.

Because Meghan was allegedly “late and drunk,” Jim grew further concerned about his wife’s state of mind as he watched the man who dropped her off crash his car into a cement wall as he attempted to pull out of their driveway.

“That’s when Jim had had enough, he ended up calling the cops,” the insider explained.

Although the man was assumed to be under the influence, he was not arrested because he had already left his vehicle by the time the police arrived, and no charges were filed.