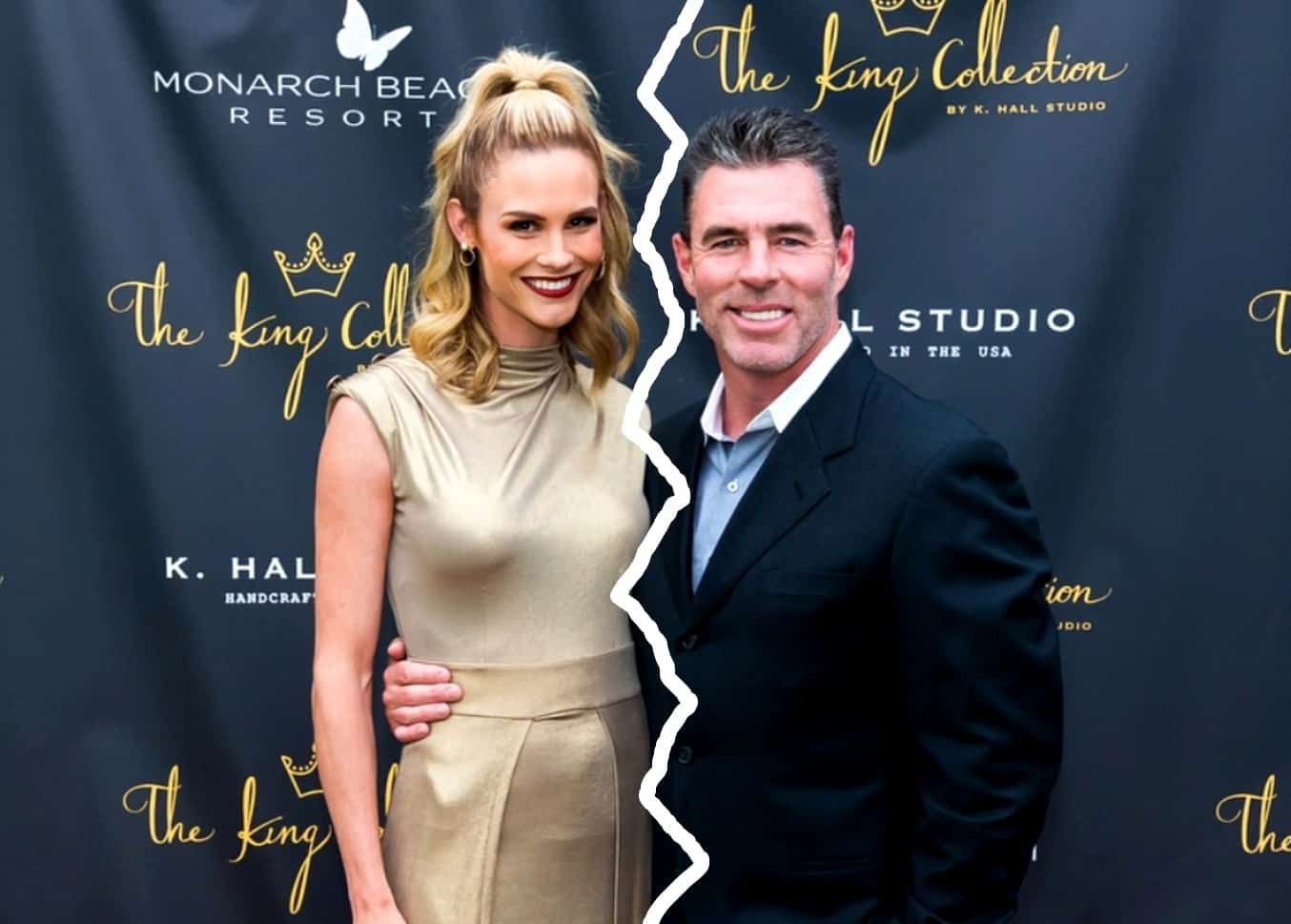 News broke yesterday that former Real Housewives of Orange County cast member Jim Edmonds had filed for divorce from his wife   Meghan King Edmonds following just five years of marriage, and now more details are coming out about what caused the split as Meghan is accusing Jim of having an affair with their nanny.

As reported yesterday, Jim, 49, filed for divorce just a day after he and Meghan, 35, celebrated their five-year wedding anniversary. Jim’s divorce filing came following an ugly spat with Meghan during which sources allege cops were called. And now, a new report is revealing Meghan believes Jim was cheating on her with their nanny.

“The nanny is someone who has worked for them for years and is like family,” a source noted to Us Weekly, adding that the couple has four nannies and a live-in au pair. “During the argument, Meghan called the cops, but nothing came of it. Jim didn’t put his hands on her. The police chalked it up to a verbal dispute. No arrests were made.”

Meghan and Jim, who got married back in October 2014, share 2-year-old daughter Aspen and 16-month-old twin boys, Hayes and Hart while Jim also has other kids from his previous marriages. It was only three months ago that Meghan shared the sad news that their son Hart had been diagnosed with irreversible brain damage.

Back in June, Jim admitted to a “lapse in judgement” after text messages he reportedly sent to another woman in March 2018 were leaked online.

As for their split, sources reveal the Edmonds had been fighting all week and apparently Jim decided to pull the plug on his marriage on Friday, October 25.

Meghan also seems to be alluding to the nanny affair allegation on Instagram this morning as she gave a thumbs up to a fan who pointed out that Jim has posted nine photos of this particular nanny on his Instagram page in the last year.

A screenshot of that exchange is below as captured by the FaceReality16 Instagram page as well as photos of the nanny who Meghan is alleging had an affair with Jim. We have to point out that these are simply allegations at this point against the nanny who has since deleted her Instagram page.

TEAAAAAAAA ☕️☕️☕️ And yes, he really posted NINE photos of her. Thanks to @myfamilygenie for sending me this tea! Ps her IG isn't deleted, just a different name.

Earlier this week, Meghan, who decided to work on her marriage with Jim following his admission of having an inappropriate relationship with another woman, opened up about the hardships of trying to rebuild trust months after the sexting scandal.

“We’re just still working it day by day. I think after such a breach of trust, it’s so hard to rebuild from there, especially [with] so many distractions, like our son’s health problems and two other little babies [daughter Aspen and Hart’s twin brother, Hayes], as well. And so to focus on the two of us as a couple, is really hard,” said Meghan to The Daily Dish on October 24.

Meghan was also very honest when she admitted that if she wasn’t married to Jim, and shared three kids with him, she would have probably dumped him.

“I think people can change — and people screw up and people can change. I’m in no way taking responsibility from him or accountability — and if we were just dating, he would be long gone,” she shared. “But we built a life together and there are so many lives that would be affected.”

In addition to giving a thumbs up on the nanny affair allegation, Meghan also shared a post on Instagram last night, hours after news of the split first broke, by sharing a makeup-free selfie of herself with the caption: “So Raw.”

Meghan received some support from former RHOC co-star Tamra Judge who commented on her post: “Big hugs 🤗 You are a strong woman Megs . Love you you.” 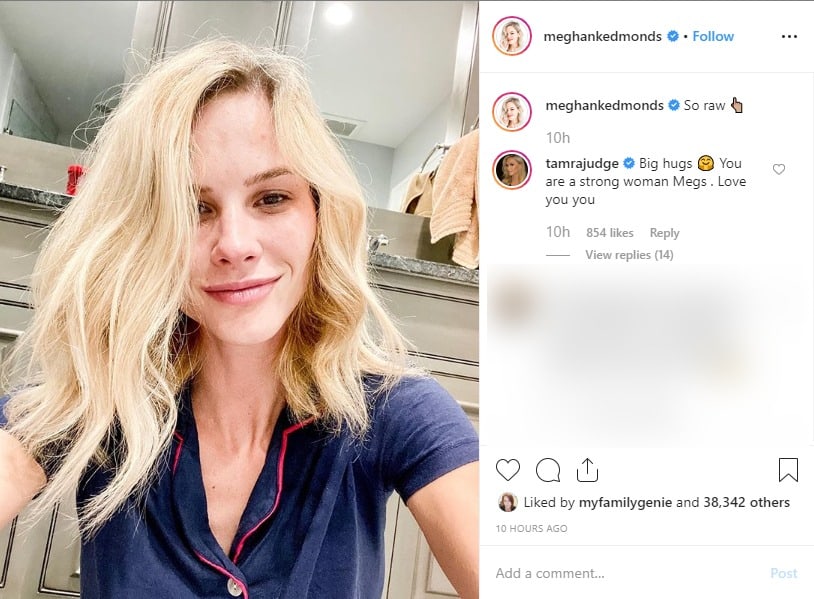