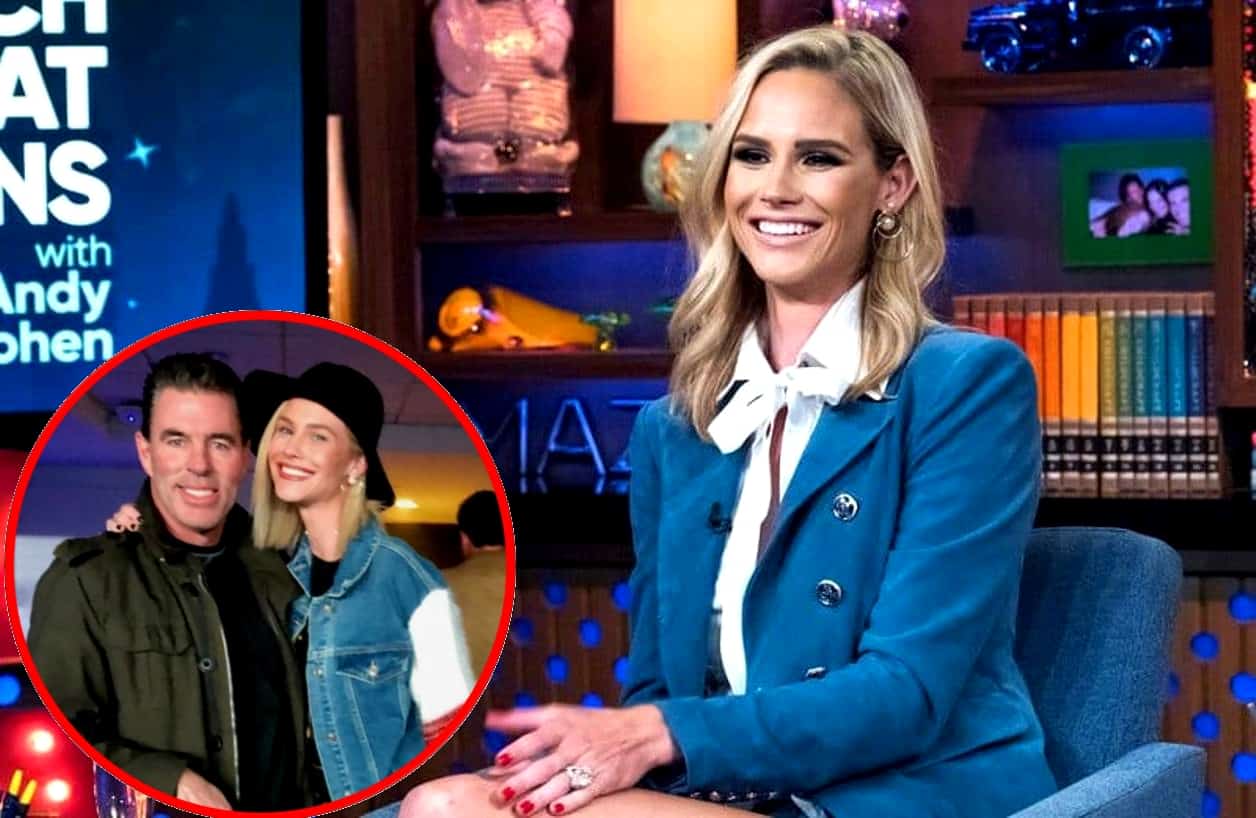 During a new interview, the Real Housewives of Orange County star, who was pregnant with her twins when Jim engaged in an inappropriate relationship with another woman in March 2018, revealed that she and her husband are doing their best to mend their relationship.

“We’re just still working it day by day. I think after such a breach of trust, it’s so hard to rebuild from there, especially [with] so many distractions, like our son’s health problems and two other little babies [daughter Aspen and Hart’s twin brother, Hayes], as well. And so to focus on the two of us as a couple, is really hard,” she told The Daily Dish on October 24.

According to Meghan, she and Jim spent their five-year wedding anniversary on Thursday by shopping for Halloween costumes and visiting their marriage counselor.

“I think that’s almost a date for us because we have to talk about us; we have to communicate about things that don’t involve [other topics],” she explained. “I think going to therapy is huge because I think a lot of men don’t like that. So that’s been really big for me.”

While many have criticized Meghan for staying with Jim after he was caught sending inappropriate messages, photos, and videos to another woman, she believes she did what was best for her family.

“I think people can change — and people screw up and people can change. I’m in no way taking responsibility from him or accountability — and if we were just dating, he would be long gone,” Meghan said. “But we built a life together and there are so many lives that would be affected.”

Meghan and Jim share three children, including their two-year-old daughter Aspen and their 16-month-old twins, Hayes and Hart.

“I’m hurt right now and our life is massively affected, but if we were to split just because of his indiscretion then there’s multiple other people who are affected, as well. So I owe it to not only myself and the commitment I made to my marriage to work on it, but I owe it to my children,” Meghan added.