Home Real Housewives of Dallas News RHOD’s LeeAnne Locken Slams Claims of ‘No Food’ at Her Wedding, See a Diagram of Her Reception Venue and Photos Taken From the Event

RHOD’s LeeAnne Locken Slams Claims of ‘No Food’ at Her Wedding, See a Diagram of Her Reception Venue and Photos Taken From the Event 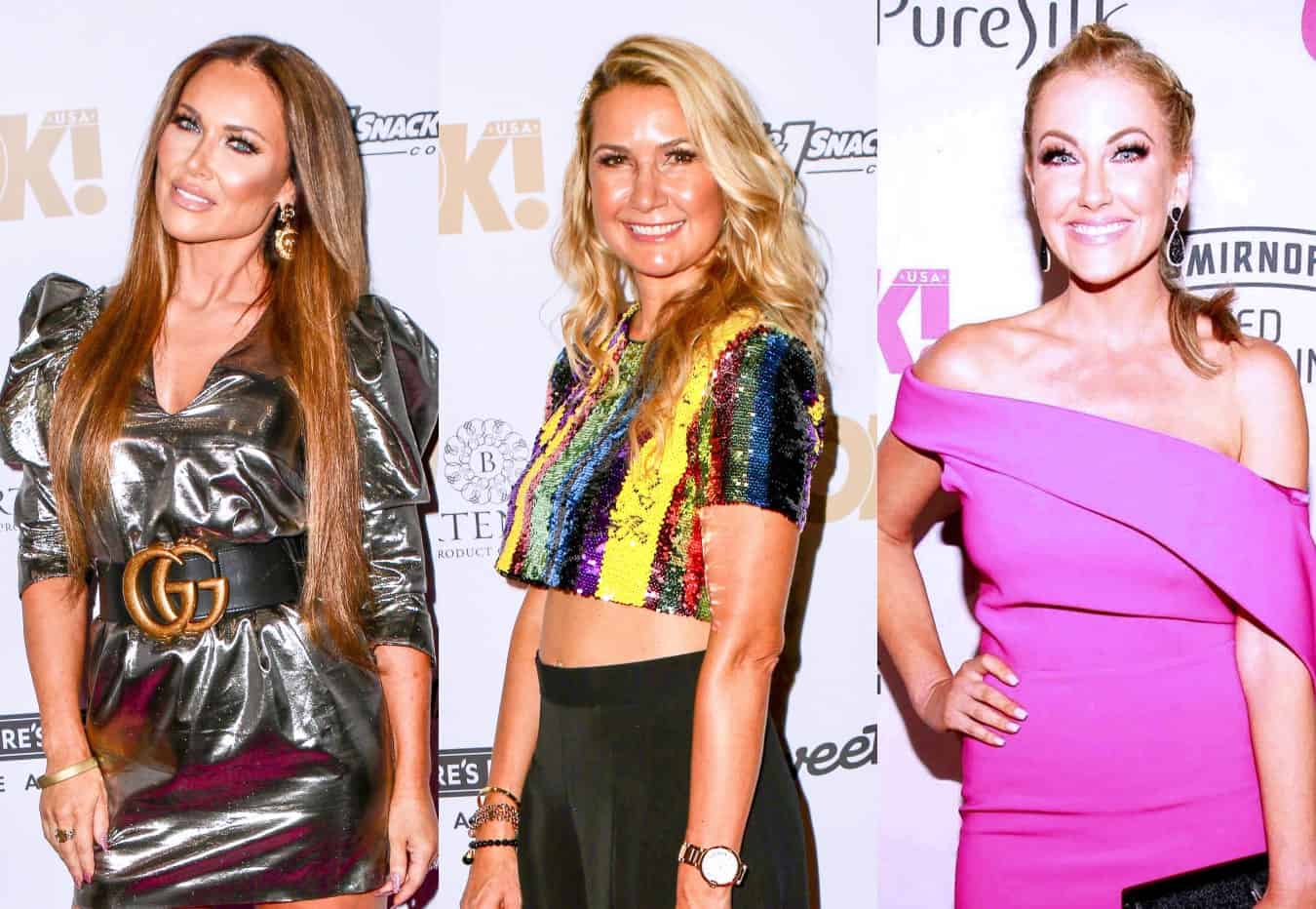 LeeAnne Locken and her husband, Rich Emberlin, did serve food at their April wedding reception at the Prashe Showroom in Dallas, Texas.

While LeeAnne’s Real Housewives of Dallas co-stars, including Kary Brittingham, Kameron Westcott, and Stephanie Hollman, were seen complaining about the lack of food at the event on the show, LeeAnne has since shared a couple of Twitter posts that prove there was plenty for her guests to eat.

“My wedding was beautiful. Everything was perfect [and] there was a wall of Sprinkles cupcakes,” LeeAnne told Us Weekly on November 7.

During LeeAnne and Rich’s wedding episode, Kary was seen asking, “Where’s the food? Did LeeAnne just think everybody was going to eat cake?”

“I’ve been to a lot of weddings where there’s just been cake and nuts, but at least the weddings had nuts. I’m just grateful that I ate beforehand,” said Stephanie.

Meanwhile, Kameron told the cameras that LeeAnne and Rich should have provided herself and other guests with a meal due to the late timing of the event.

“If you’re going to have a party after 7 p.m., you are required to serve a meal,” she explained.

Following the reception backlash, LeeAnne took to her Twitter page, where she re-tweeted a diagram of her reception venue shared by her wedding planner, Steve Kemble. In the photo, three distinct food areas were noted, as was a cupcake tower and three bars.

In another tweet, Steve confirmed LeeAnne had a caterer.

BTW, I was at @LeeAnneLocken’s wedding and there WAS food — just not a traditional sit-down dinner (which she had warned guests about beforehand).

If some folks didn’t see the food, it could be because I ate it all (I’m on a BUDGET). #RHOD pic.twitter.com/ThKa6h0Kph

During an interview with Us Weekly in September, Kary said that while LeeAnne and Rich’s ceremony was “really, really nice,” their reception was below par.

The Real Housewives of Dallas season four airs on Wednesdays at 9 p.m. on Bravo TV.