Home Real Housewives of Beverly Hills News PHOTOS: See the RHOBH Cast at the 2019 E! People’s Choice Awards and Find Out If They Won for Best Reality Show

PHOTOS: See the RHOBH Cast at the 2019 E! People’s Choice Awards and Find Out If They Won for Best Reality Show 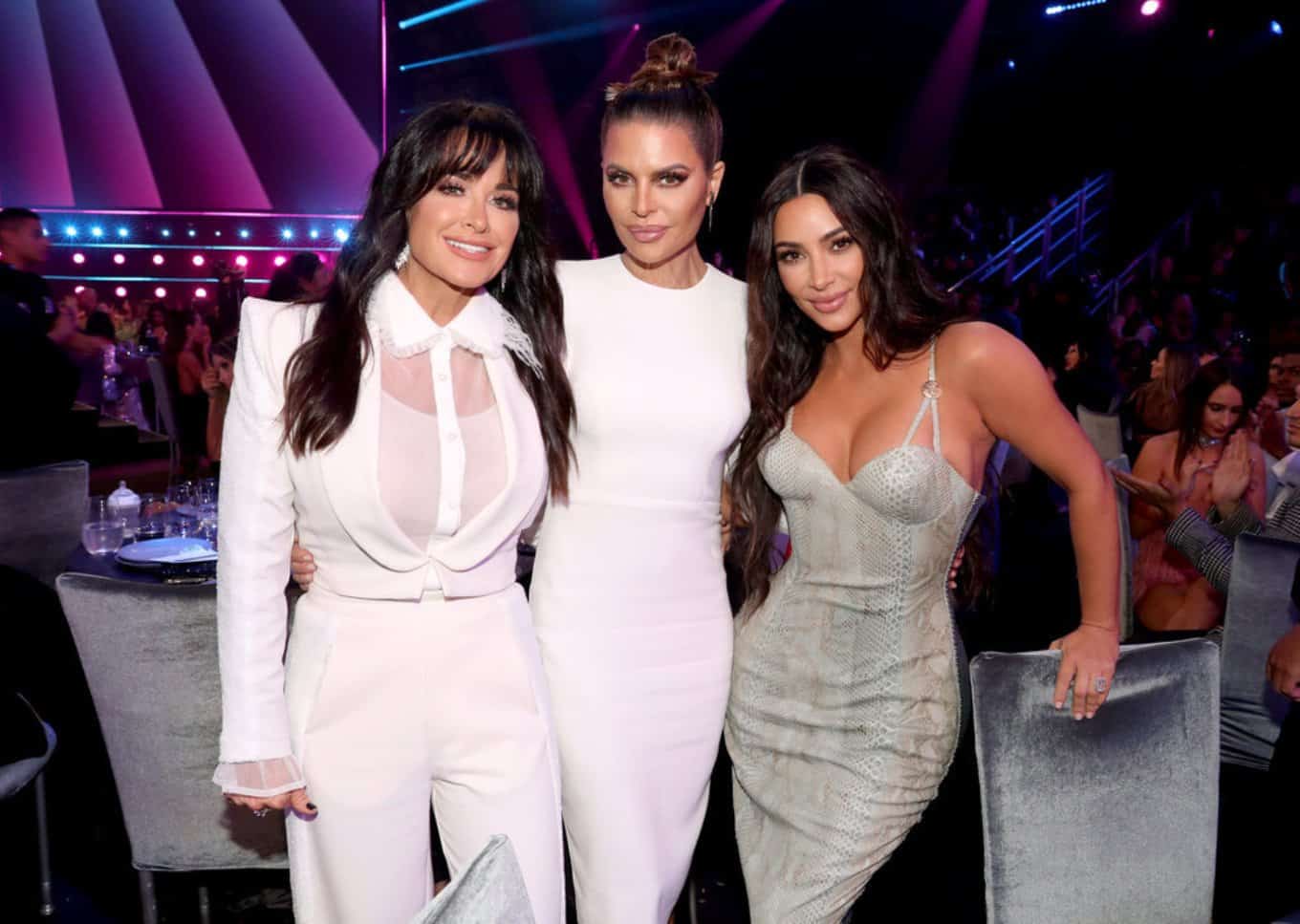 The cast of The Real Housewives of Beverly Hills attended Sunday night’s E! People’s Choice Awards in Los Angeles and stunned on the red carpet.

As they prepared to find out if they won the award for Best Reality Show, Kyle Richards, Lisa Rinna, Erika Jayne, Teddi Mellencamp, and Dorit Kemsley showed off their best looks as they posed solo and alongside a couple of their significant others, including Kyle’s husband Mauricio Umansky and Teddi’s husband Edwin Arroyave.

Both Kyle and Lisa looked gorgeous as they posed in white. 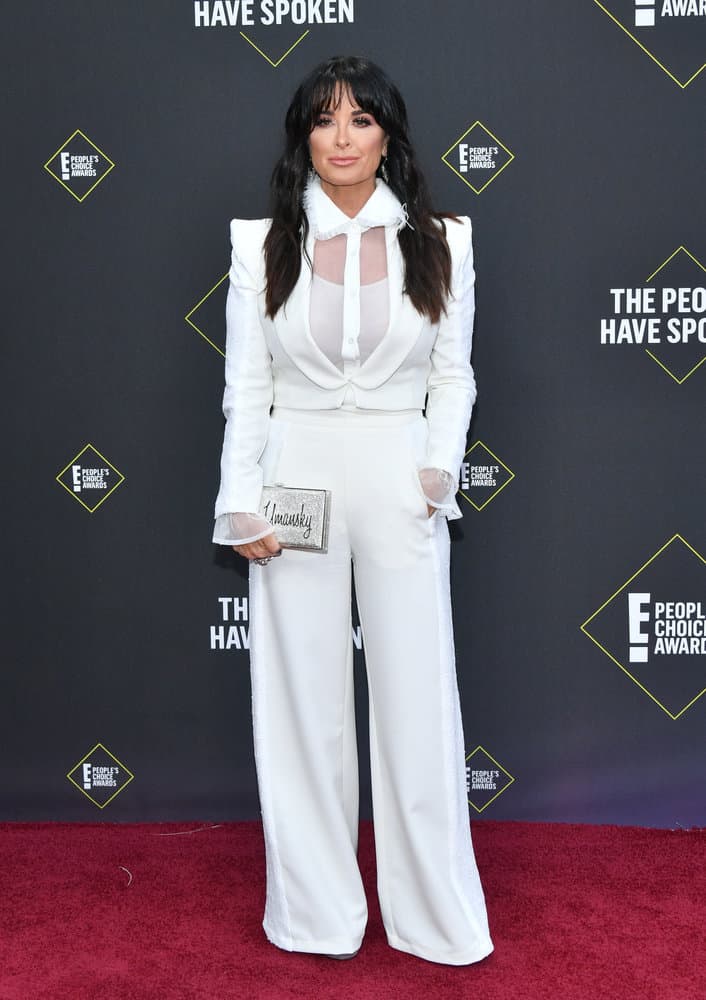 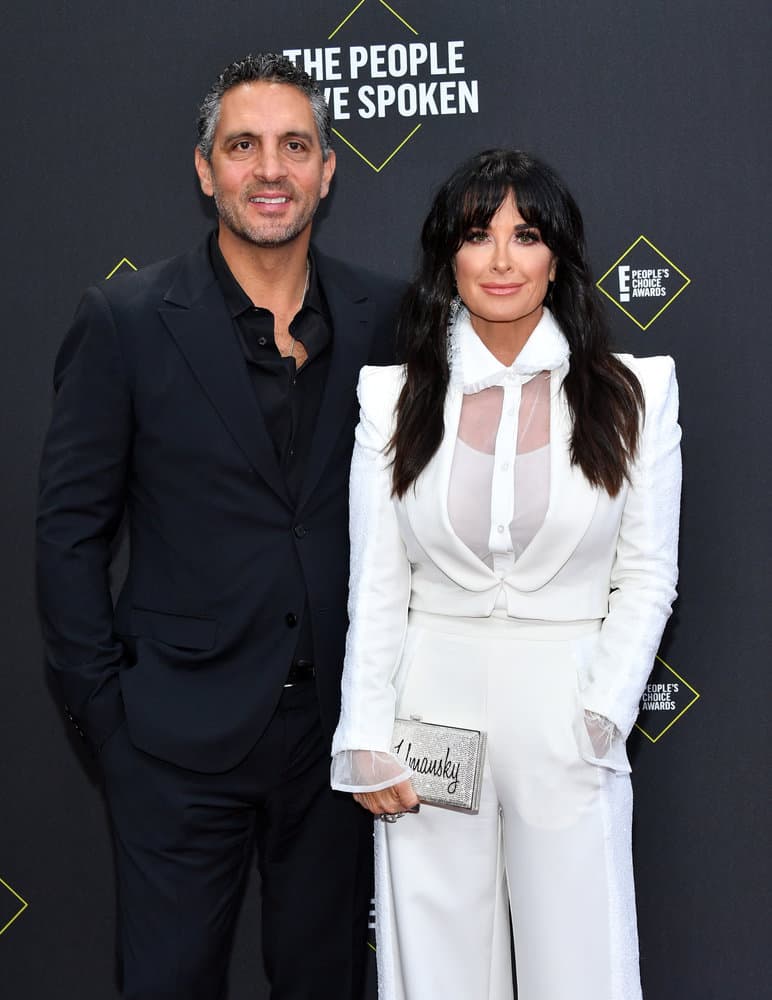 As she posed solo and with husband Mauricio, Kyle was seen holding a clutch with her last name on it.

With a high bun, Lisa showed off some artsy earrings as she showcased her slim figure in a long-sleeved white dress. 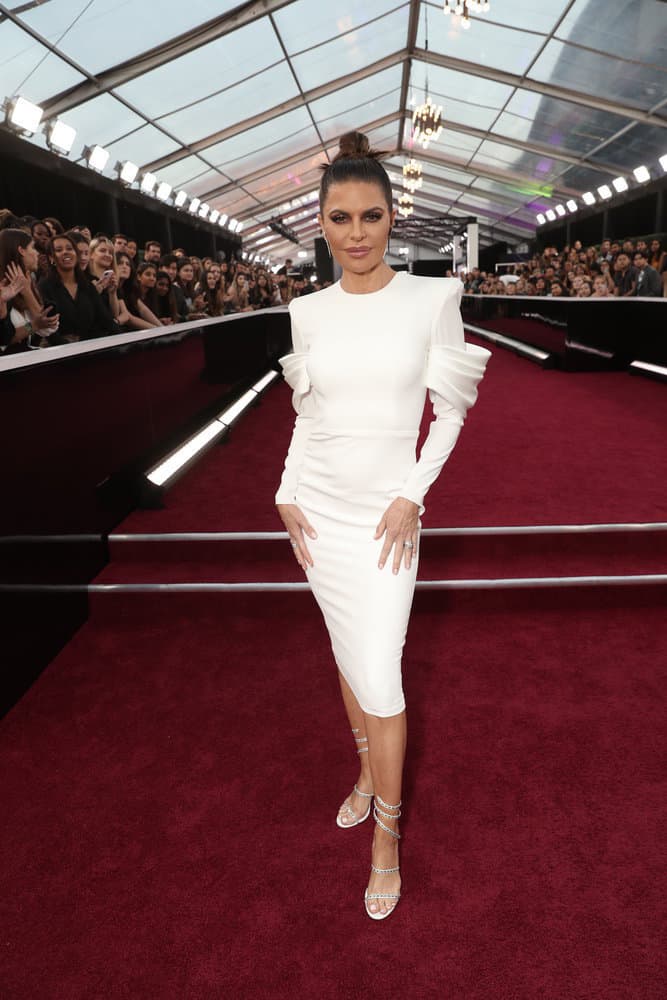 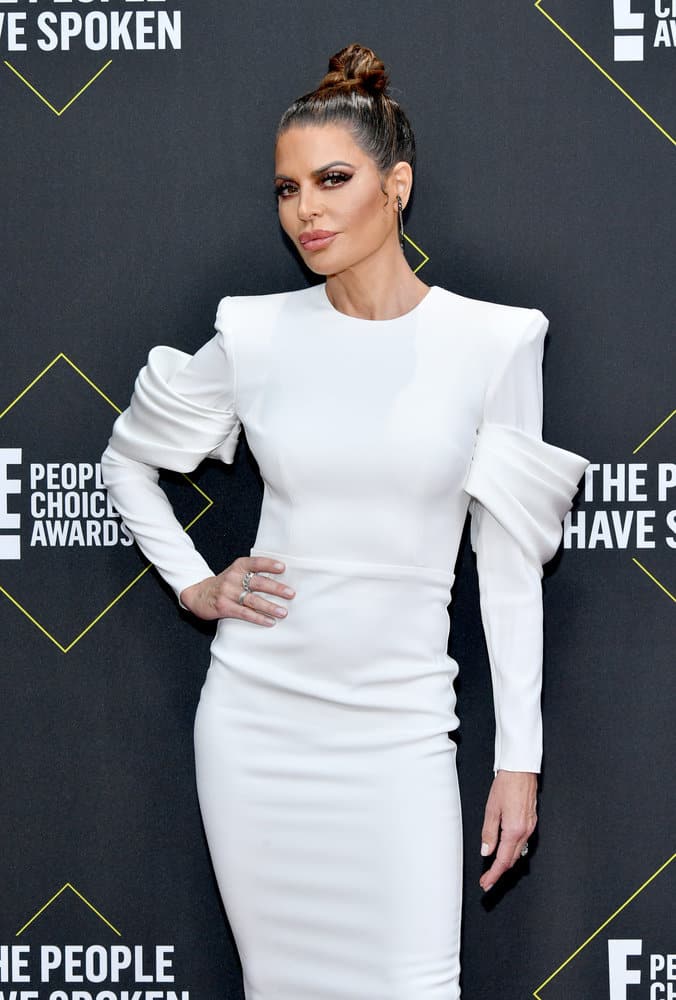 Donning a new hairstyle for the evening was Erika, who opted for a short bob, which she paired with a studded black blazer dress, tons of silver jewelry, and high heels. 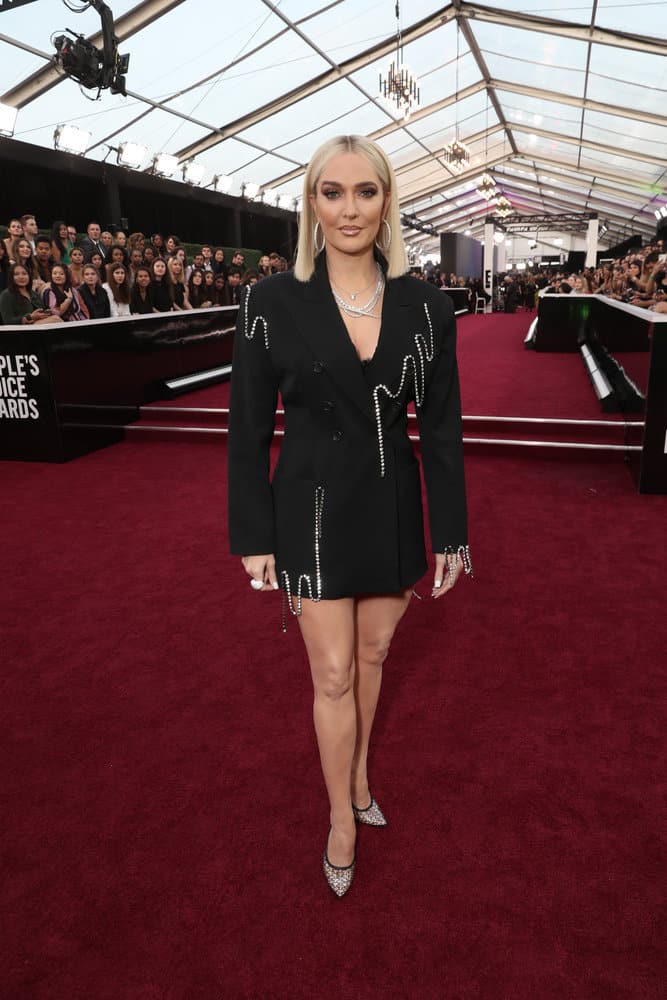 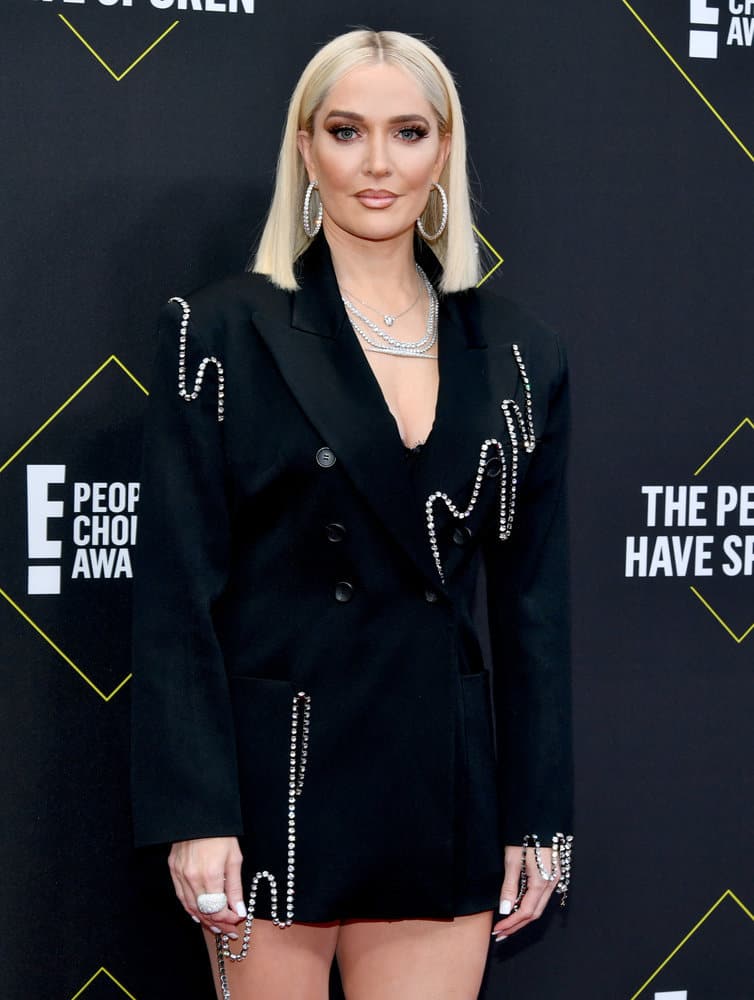 At one point during the evening, as they took in the sights of the star-studded awards show, Kyle and Lisa were spotted spending time with Kim Kardashian-West, whose long-running series, Keeping Up With the Kardashians, was also nominated for Best Reality Show. 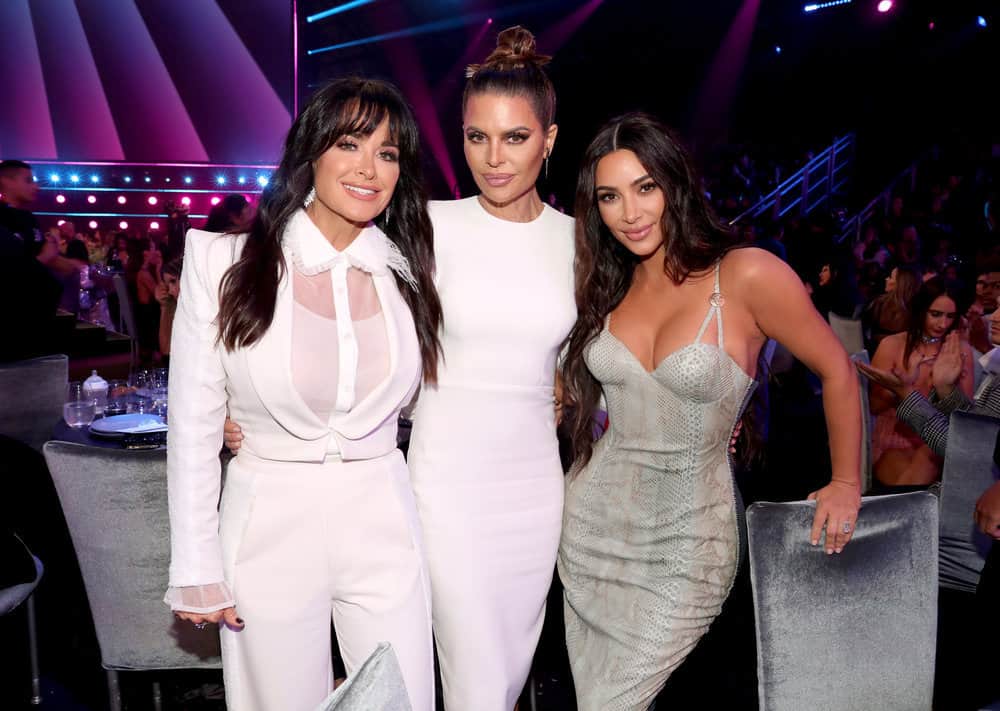 Kyle and Lisa linked up with Kim, a longtime friend of them both, inside the event. (Photo by: Christopher Polk/E! Entertainment)

At 23-weeks pregnant, Teddi certainly has a valid excuse to stay home and rest, but she hasn’t let her pregnancy slow her down. After attending an event thrown by Kyle and Mauricio on Saturday night, she and Edwin were ready for yet another outing. 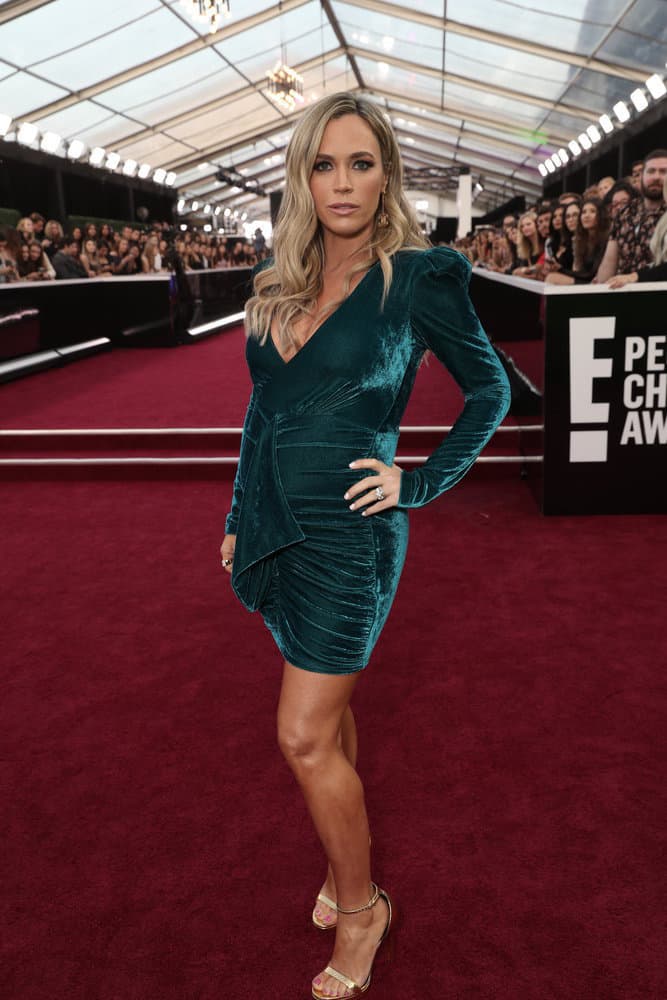 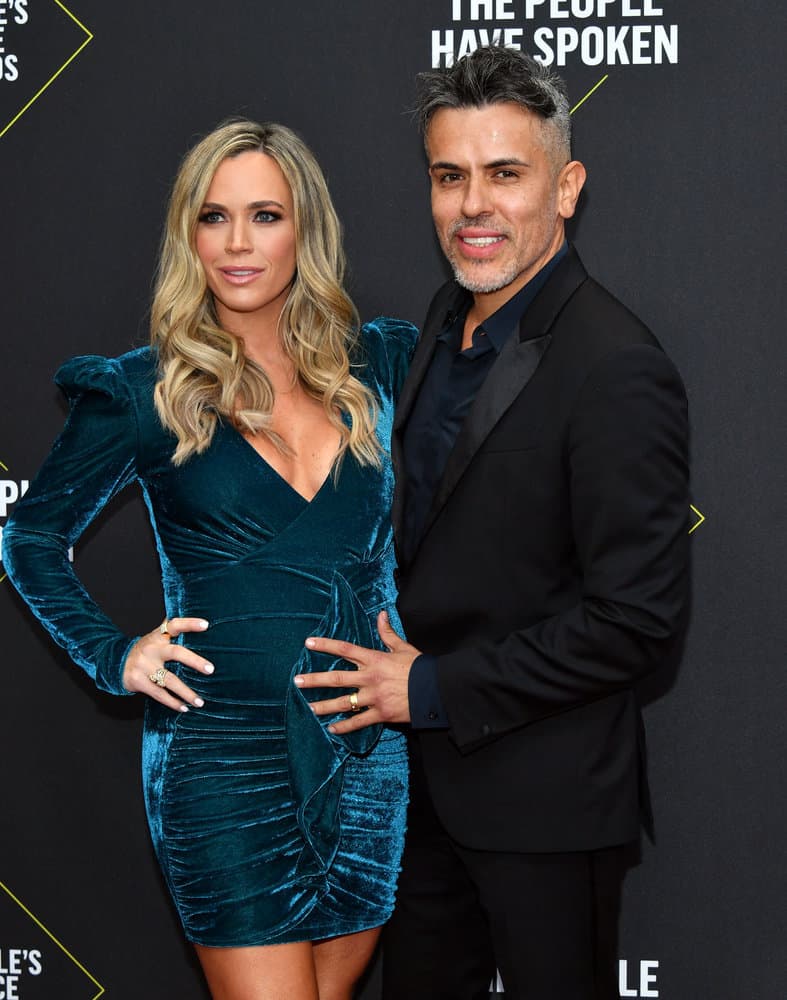 Dorit went for the most color of the group as she draped her curves in a heart-print wrap dress and black heels. 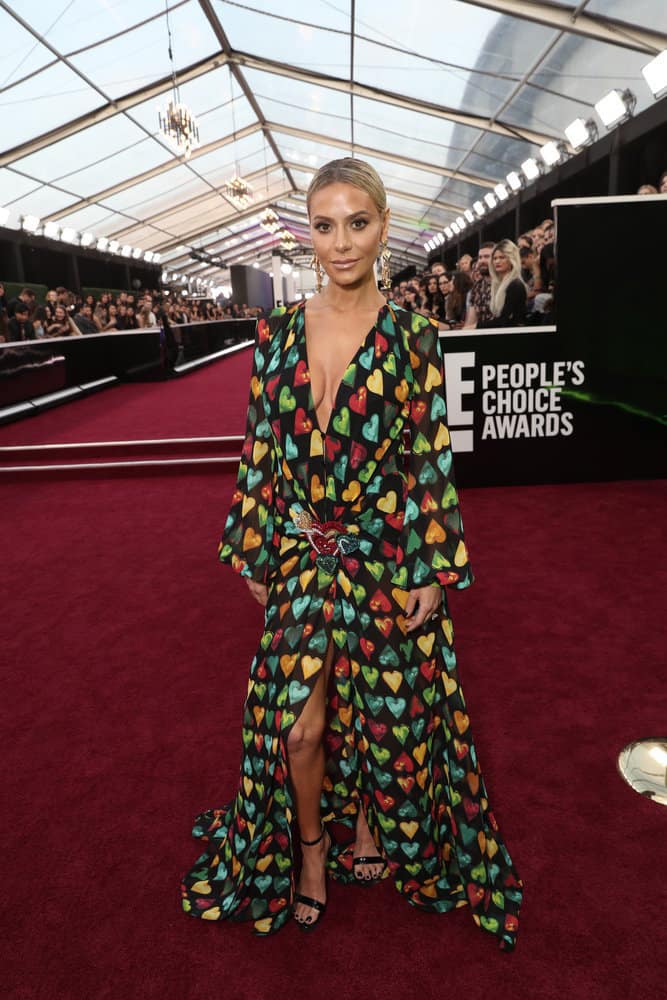 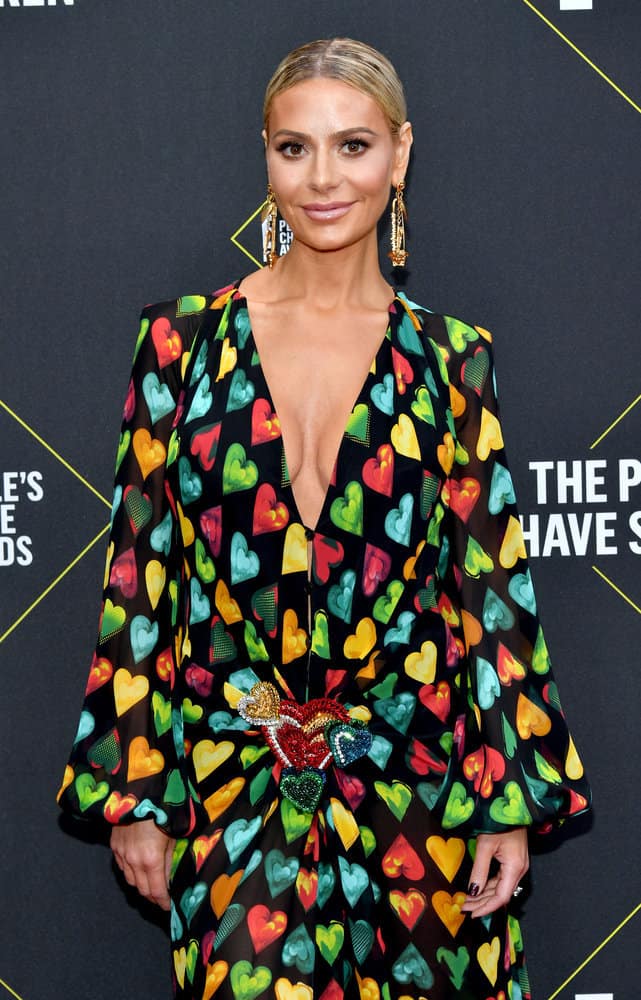 While RHOBH certainly had a good chance at nabbing the Best Reality Show award, they unfortunately lost the accolade to KUWTK.