Teresa Giudice Admits to Harboring Ill Feelings Towards Joe, Plus Her Dad is Hospitalized With Pneumonia, and RHONJ Live Viewing Thread 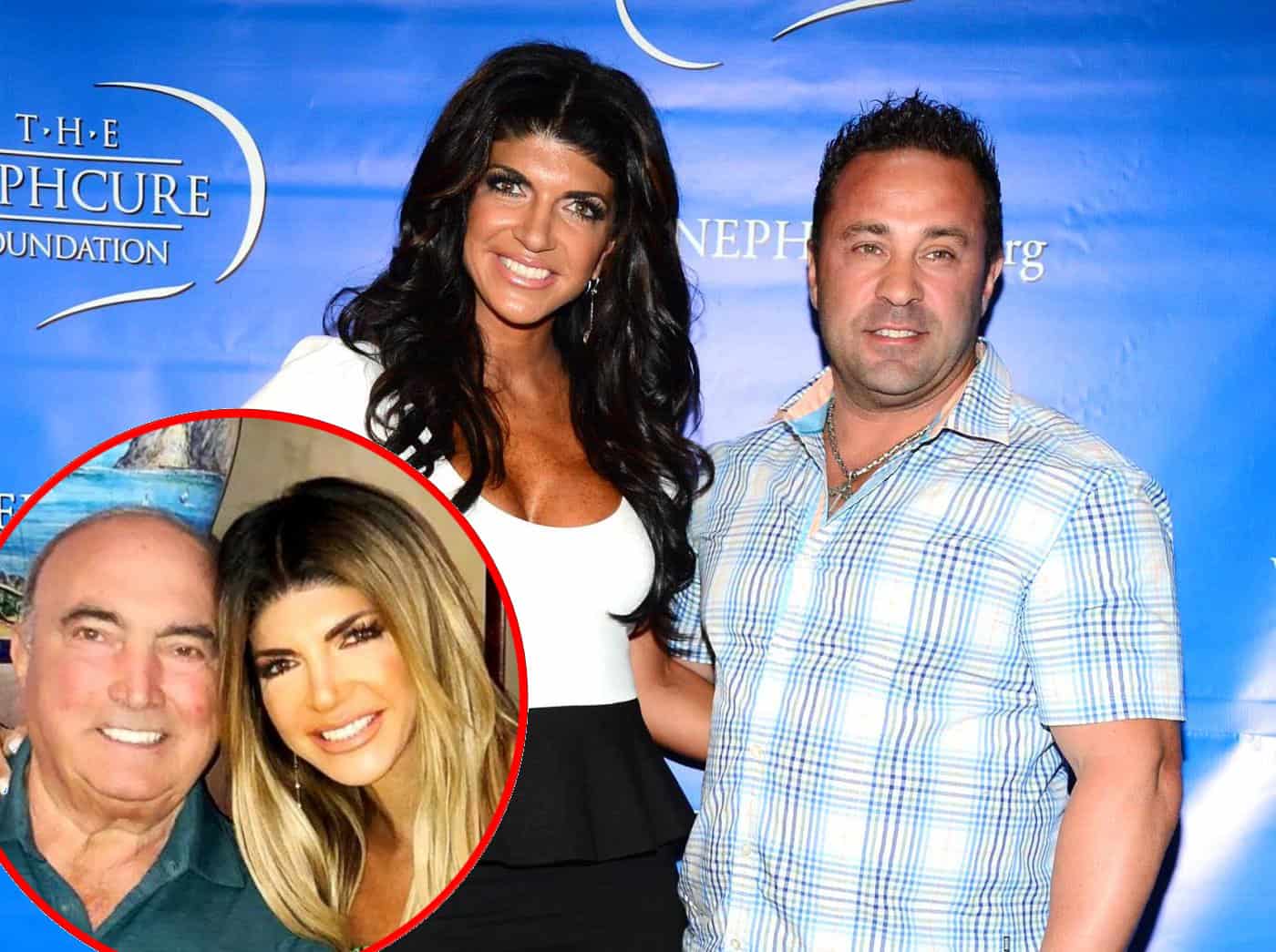 Teresa Giudice may have recently taken part in a happy family reunion with her husband Joe Giudice in Italy, but all is not well between them.

Despite reports of “flirty” conversations with Joe since her trip to Italy, the Real Housewives of New Jersey star is opening up about the resentment she’s felt towards her husband and revealed that when it comes to her children’s upcoming holiday visit to Italy, she may not be present.

“As a mom, you don’t want to see your kids suffer,” she told PEOPLE. “And this whole thing, it affects the kids. That’s what breaks my heart. That’s why I was kind of really resentful towards Joe and I’m like, ‘Why’d you make this happen to our kids too?’”

Teresa and Joe have been married for 20 years and share four daughters, including Gia, 18, Gabriella, 15, Milania, 13, and Audriana, 10. As RHONJ fans well know, Teresa spent time away from her children in 2015 as she served an 11-month sentence for bank and wire fraud. The following year, Joe began serving a 41-month prison term.

“Poor Audriana, she’s 10. He left when she was 6 and I know she’s been wanting a father figure around,” Teresa said of her youngest child. “She sees her friends, that their fathers are around. She’s probably wondering, ‘Why isn’t my father here?’”

While Joe was released from prison in March, he was immediately transferred to an immigration detention center, where he remained until last month. Now, after being released from ICE custody and allowed to travel back to his native country of Italy, Joe is hoping a deportation appeal will result in him being allowed back in the U.S.

In a second interview, Teresa said that her children will be reuniting with their father for a second time over the holidays.

“They’ve never spent Christmas in Italy before. So that’ll be nice and different. And there’s a lot of family there too,” she revealed to PEOPLE.

Although the kids hoped to spend time with Joe in The Bahamas over the Thanksgiving holiday, they have since changed their minds because Joe likely won’t have his passport in time.

As for her own holiday plans, Teresa said she may not be traveling to Italy to celebrate the holidays with her family because of her work schedule, and she admitted that she’s “not sure when” she will see Joe again.

In other Teresa news, she had to leave BravoCon early this weekend after her father, Giacinto Gorga, was taken to the hospital.

“Sorry, BravoCon fans,” Teresa told her followers in an Instagram Story video on November 17. “I had to leave. My dad doesn’t feel well. I’m taking him to the hospital.”

According to a November 18 report from Page Six, Teresa’s dad remains hospitalized as he is suffering from pneumonia.

“He has pneumonia,” Joe Gorga told the outlet earlier this week. “He’s alright. He’s not that bad, hopefully. He’ll be okay. So let’s see what happens.”

This is Giacinto’s second battle with the disease as he was also hospitalized in October 2018 due to a mild case of pneumonia.

RHONJ Live Viewing – This is also a live viewing thread for tonight’s premiere episode of the RHONJ, so feel free to comment and chat below as the new episode airs tonight at 8/7c on Bravo TV.