Home Real Housewives of Orange County News ‘RHOC’ Tamra Judge’s Son Ryan Vieth Slams Gina and Denies They’ve Ever ‘Hung Out’ After She Defended Him, Accuses Her of Causing Problems With His Ex Sarah, Read His Shocking Deleted Posts

‘RHOC’ Tamra Judge’s Son Ryan Vieth Slams Gina and Denies They’ve Ever ‘Hung Out’ After She Defended Him, Accuses Her of Causing Problems With His Ex Sarah, Read His Shocking Deleted Posts 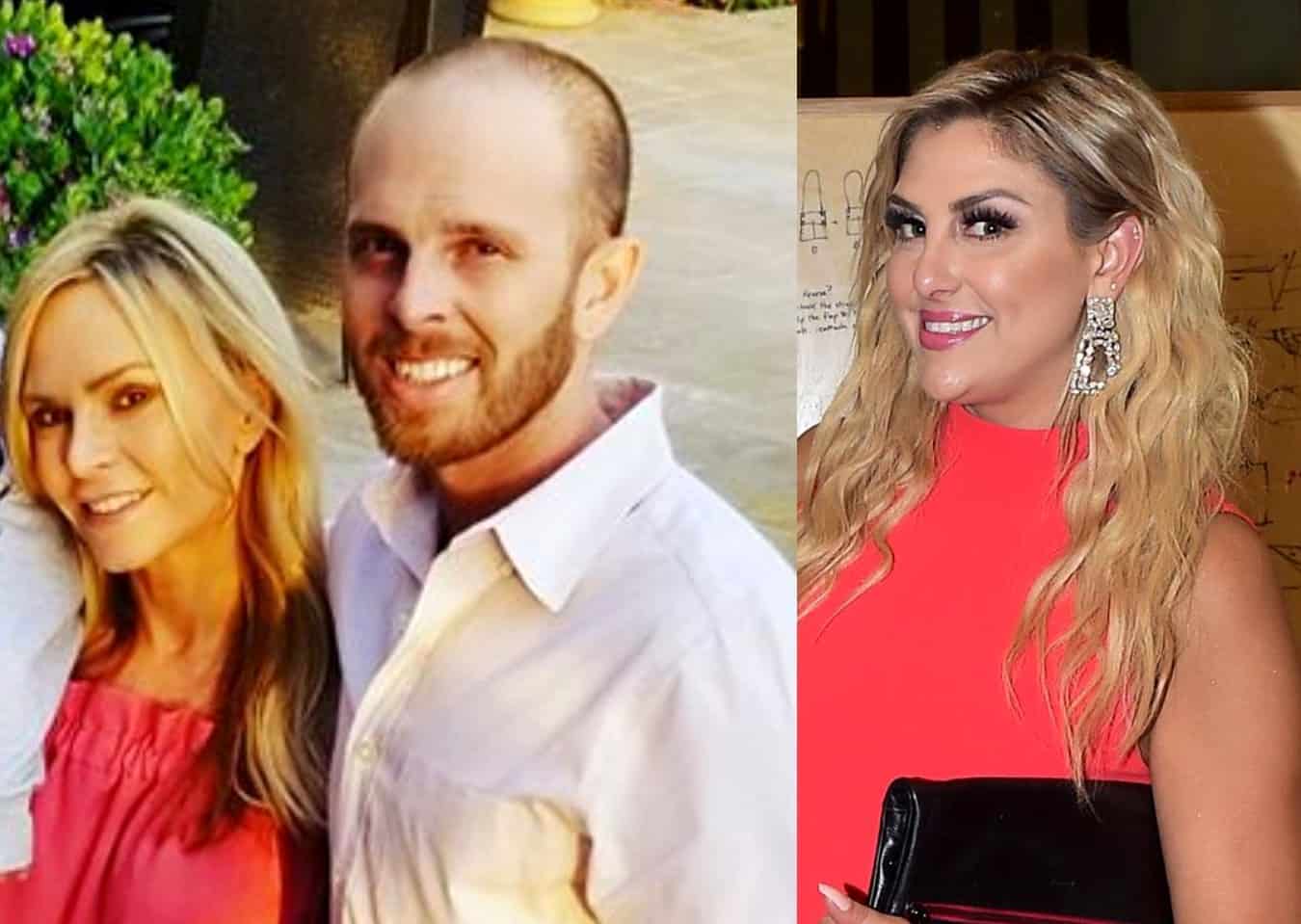 Ryan Vieth just went off on Instagram after learning that Gina Kirschenheiter claimed to have hung out with him during a recent After Show taping for The Real Housewives of Orange County.

After Gina defended Ryan, the son of Tamra Judge, against rumors and insisted he was a “sweet, polite guy” who she hung out with “a handful of times,” Ryan lashed out against Gina by denying her claims of having spent time together. He revealed that her comments led to drama with his ex-girlfriend, Sarah Rodriguez, the mother of his young daughter Ava.

“I see these bullsh*t articles floating around where [Gina Kirschenheiter] says that she’s hung out with me. I’ve never hung out with her ever in my life,” Ryan wrote on December 4 in a since-deleted post. “The only times I’ve ever seen or been around her has been at parties while filming and I’ve maybe said hi or hello, thats it.”

“Why the f**k do these cast members continue to talk about me?” he continued. “It’s childish that I have to deal with my daughters mother [Sarah Rodriguez] now telling me how I am a liar, a piece of sh*t and I’ve had some sort of relationship with this woman because of some stupid f**king article these idiot bloggers put out.”

Ryan then requested that “someone” make a public statement and correct the false reports. 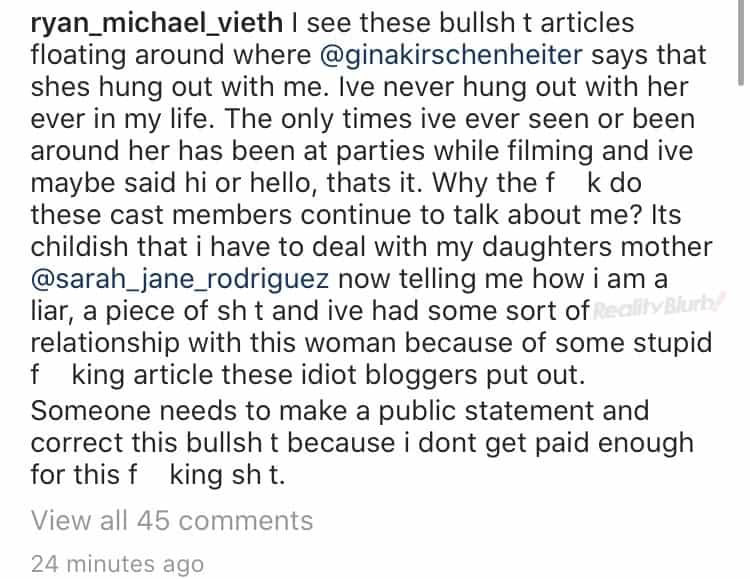 Ryan also addressed the drama on his Instagram Stories by sharing a message he sent to Gina.

“So I see there’s a bunch of articles out there saying that you and I have hung out together,” he wrote. “When have I ever [been] around you besides the few times while filming at parties? Now I have Sarah going off on me calling me a liar and that [I’ve] hung out with you because you put out some stories about us hanging out.”

After capturing the message, via screenshot, Ryan again insisted that he and Gina have “never hung out.”

“Someone get her attention and get this bullsh*t corrected because [I’ve] never hung out with this girl ever in my life and now she’s caused bullsh*t between Sarah and I,” he demanded in his also-deleted post. 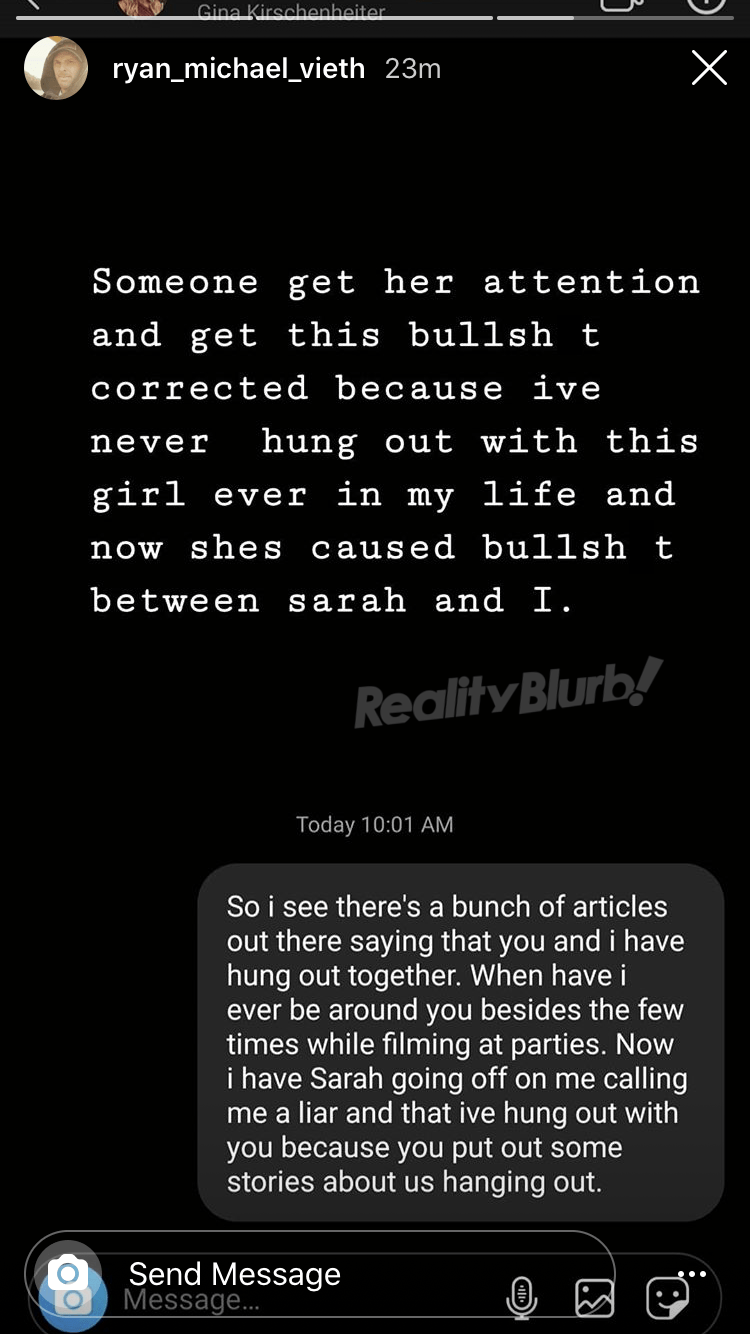 During an interview on the RHOC: After Show last month, Gina chatted with Tamra about the “bad rap” Ryan has gotten on the show and made kind statements about him.

“I think [Ryan] gets a bad rap,” Gina explained. “I don’t know Ryan very well but I have hung out with him a handful of times and he’s like a really nice, sweet, polite guy… a very good dad.”