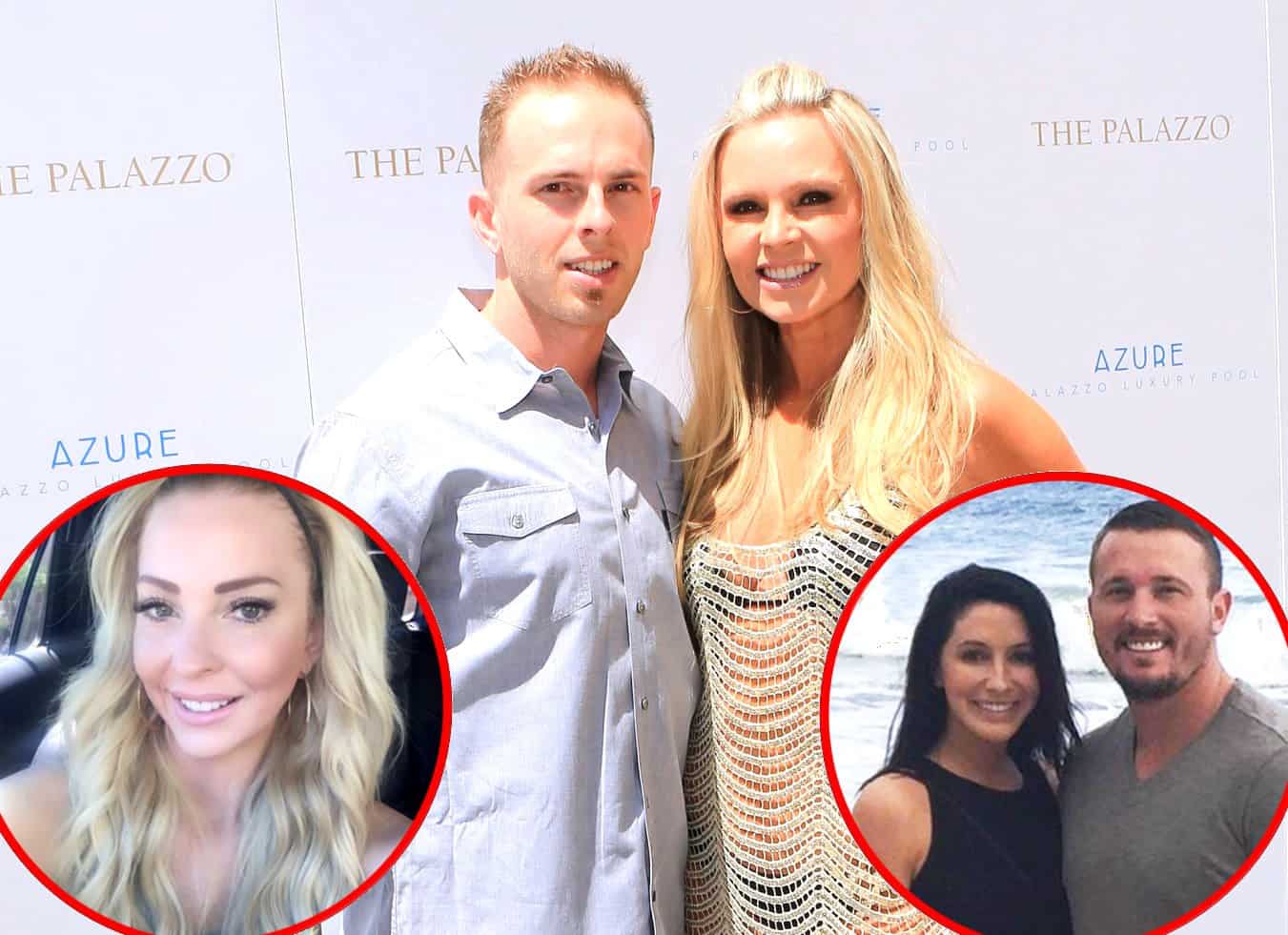 Tamra Judge‘s son, Ryan Vieth, is fighting back after his former girlfriend, Sarah Rodriguez, leaked threatening text messages he allegedly sent to her earlier this week.

In the midst of their public feud, Ryan, who’s been seen alongside his mother on episodes of The Real Housewives of Orange County for the past several years, slammed Sarah for playing the media. Then, he claimed to have caught her hooking up with Dakota Meyer, the ex-husband of former Teen Mom OG star Bristol Palin.

”Let me tell everybody something, there’s always two sides to every story. I keep my mouth shut for my daughters sake and because I like to keep my life as private as I can. I don’t play the media for sympathy. For everyone that wants to judge me for the chaos that was created yesterday please feel free to contact me. There’s a lot about our life that people don’t know and I’m here to set the record straight,” Ryan wrote on his Instagram Stories.

Ryan also stated he would no longer be appearing on the RHOC.

“And for the Bravo fans,” Ryan continued, “this season is my last. I will never be [a part] of this show, the money isn’t worth having all this chaos around my daughter..” 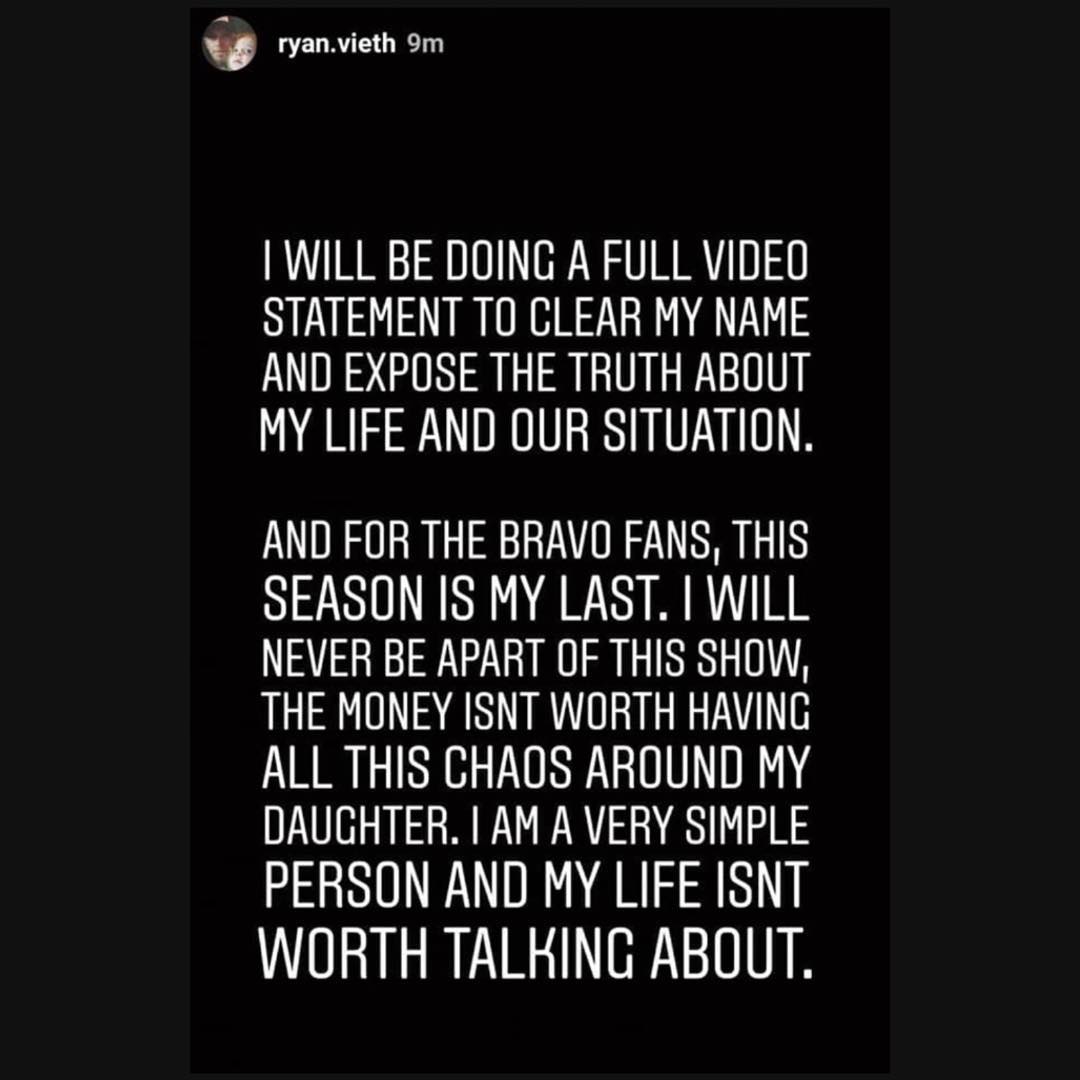 According to Ryan, Sarah shared the text messages after allegedly being caught with another man.

“I told her I didn’t want to be with her anymore. If I’m so horrible, violent and mean then why was she just in my bed 2 days ago? Clearly causing all this chaos because she knows how to play the media,” he said.

Ryan also shared a series of text messages sent between him and Sarah, during which she threatened the leak.

“Go ahead keep doing what you are doing. It will all be out there. I am posting the [bullet] one next,” she wrote, noting a message she received from Ryan in which he shared a bullet photo and suggested it was for her.

“You’re posting that picture? If doing that is going to give you some sort of satisfaction then I can’t stop you. Just be with your man and live a happy life together. Please don’t disrupt my life with Ava,” Ryan replied. 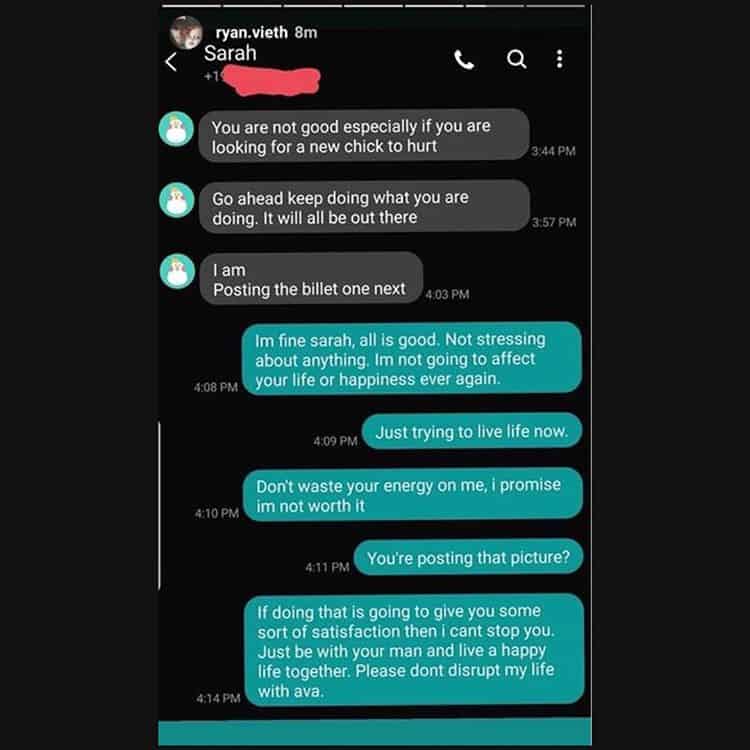 In another message shared to his private Instagram account, Ryan spoke of Sarah’s alleged romance with Bristol’s former husband.

“I wonder if [Bristol] knows that while she was working on her marriage with Dakota Meyer, he was meeting up with [Sarah Rodriguez] at hotels [in Las Vegas],” he wrote on his private account, according to a screenshot shared by Love Andy C on Twitter. 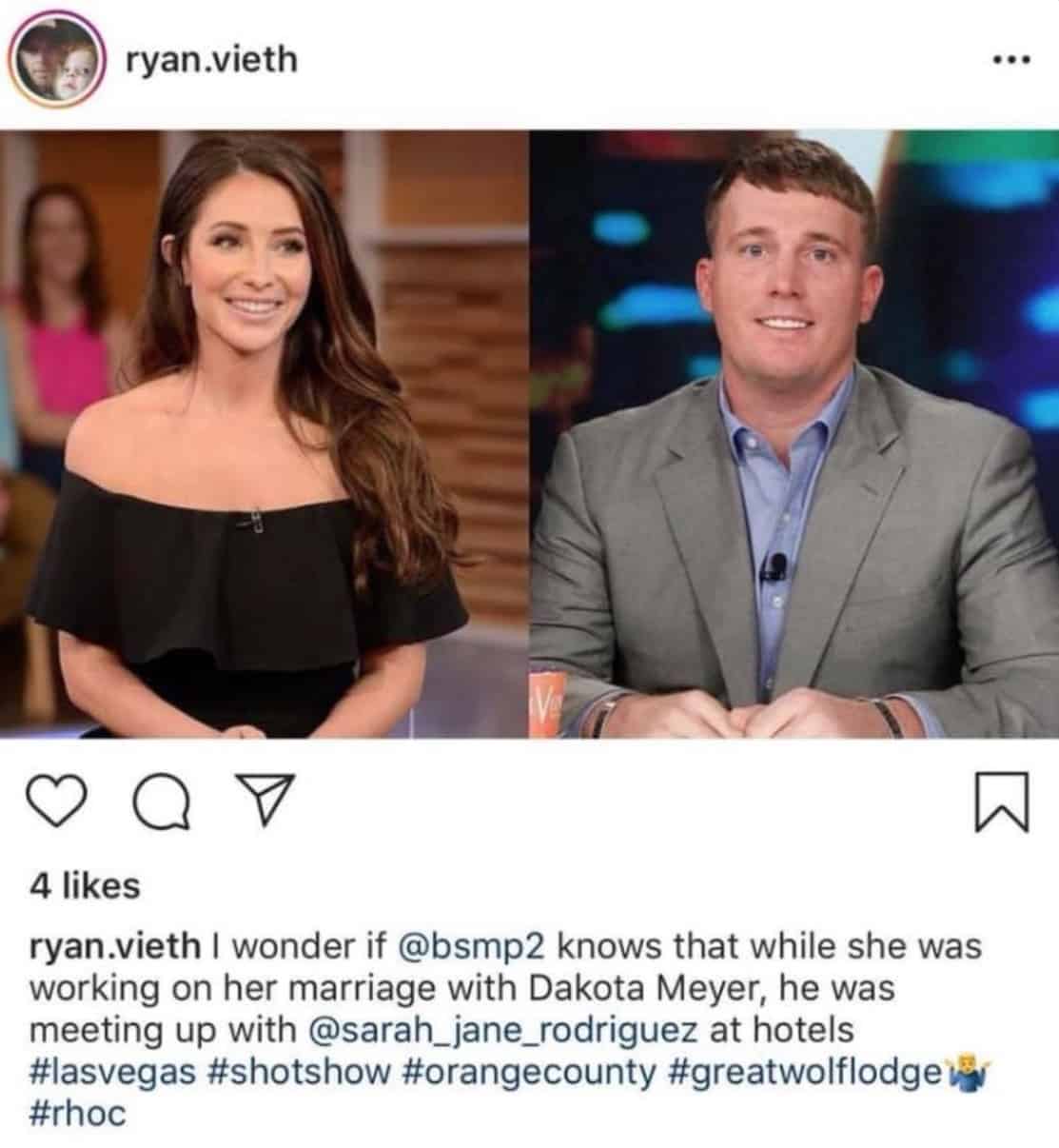