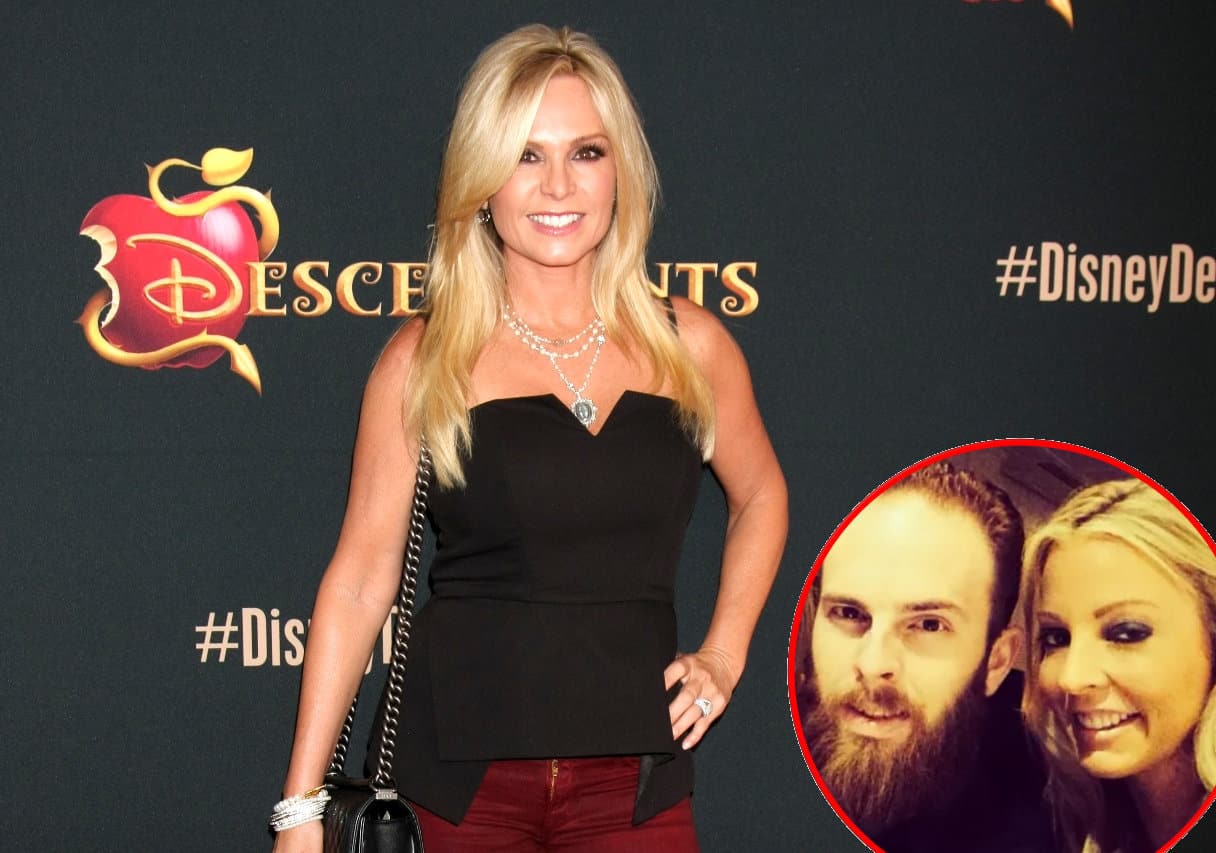 Real Housewives of Orange County  star Tamra Judge is clapping back at haters over criticism that she abandoned her sick husband Eddie Judge to go and support her castmate Shannon Beador’s out of state debut on QVC.

Additionally, the Bravo star has also reportedly been forced to intervene after the drama between her son, Ryan Vieth, and his former fiancee, Sarah Rodriguez, imploded on Instagram earlier this week.

As we reported this week, Tamra asked her fans for prayers on Monday as Eddie underwent his fourth heart surgery. So, some were apparently surprised and decided to bash her after she shared photos of herself hanging out in Philadelphia with Shannon two days later, and trying to find a bar to go to.

Fast forward to today and Tamra is making it clear that she did NOT abandon Eddie.

She wrote, “To all the a**holes that are judging me for going to Philadelphia to support Shannon. Kiss my a**! Eddie is doing fine and working just like I am right now. There is no down time with cardio version or over night stay in the hospital. So get your facts straight, get a life and stop judging mine.”

Alrighty! In other Tamra news, a new report is stating she has decided to intervene in the ongoing feud between her son Ryan and his ex-fiance Sarah. As Ryan and Sarah remain at odds, the RHOC star has allegedly taken a stand against their public feud during a cast trip with co-star Shannon.

“Tamra and Ryan are very close, and she was very upset when she saw what had happened while she was away in Philadelphia with Shannon [Beador],” a source close to the reality star told Radar Online on April 18. “Tamra is a very involved grandmother to Ava, and she cannot believe what is going on. Her main concern right now is the well-being of her granddaughter and her son.”

Ryan and Sarah welcomed their daughter Ava in 2015 and have been on and off ever since.

Days ago on Instagram, Ryan prompted their last social media spat when he took to Instagram and posted a photo of his wedding ring.

“Anyone want to buy my old wedding ring, I have no need for this,” he wrote in the caption. 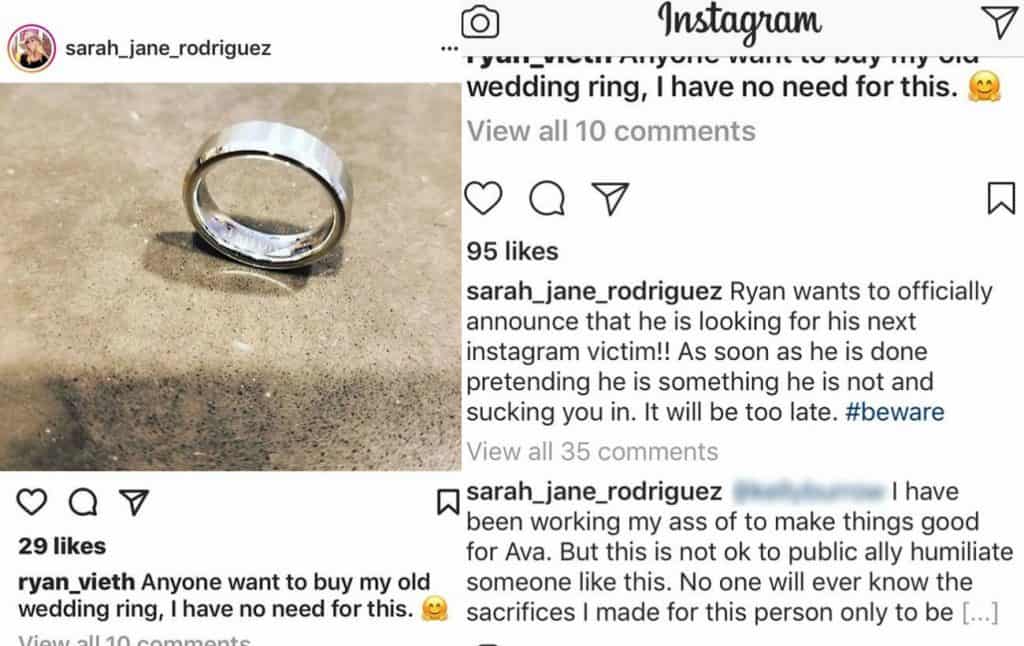 In response, Sarah said, “I have been working my a** off to make things good for Ava. But this is not ok to publicly humiliate someone like this… Ryan wants to announce that he is looking for his next Instagram victim. As soon as he is done pretending he is something he is not and sucking you in, it will be too late. #beware.”

Amid their feud, Ryan responded to a comment from a fan who offered him $5 for the ring.  “Sold,” he exclaimed.

Shortly thereafter, Sarah deleted all of her posts in regard to Ryan and their spat and the insider said Tamra was likely behind the decision.

“Tamra let them both know that it needed to stop. Ryan should have never started that fight, but Sarah isn’t that innocent, either!” the source explained.