Home Real Housewives of Dallas News RHOD’s Stephanie Hollman Explains Why She No Longer Speaks to Kameron Westcott, Slams Her for Acting Like a “Bully”

RHOD’s Stephanie Hollman Explains Why She No Longer Speaks to Kameron Westcott, Slams Her for Acting Like a “Bully” 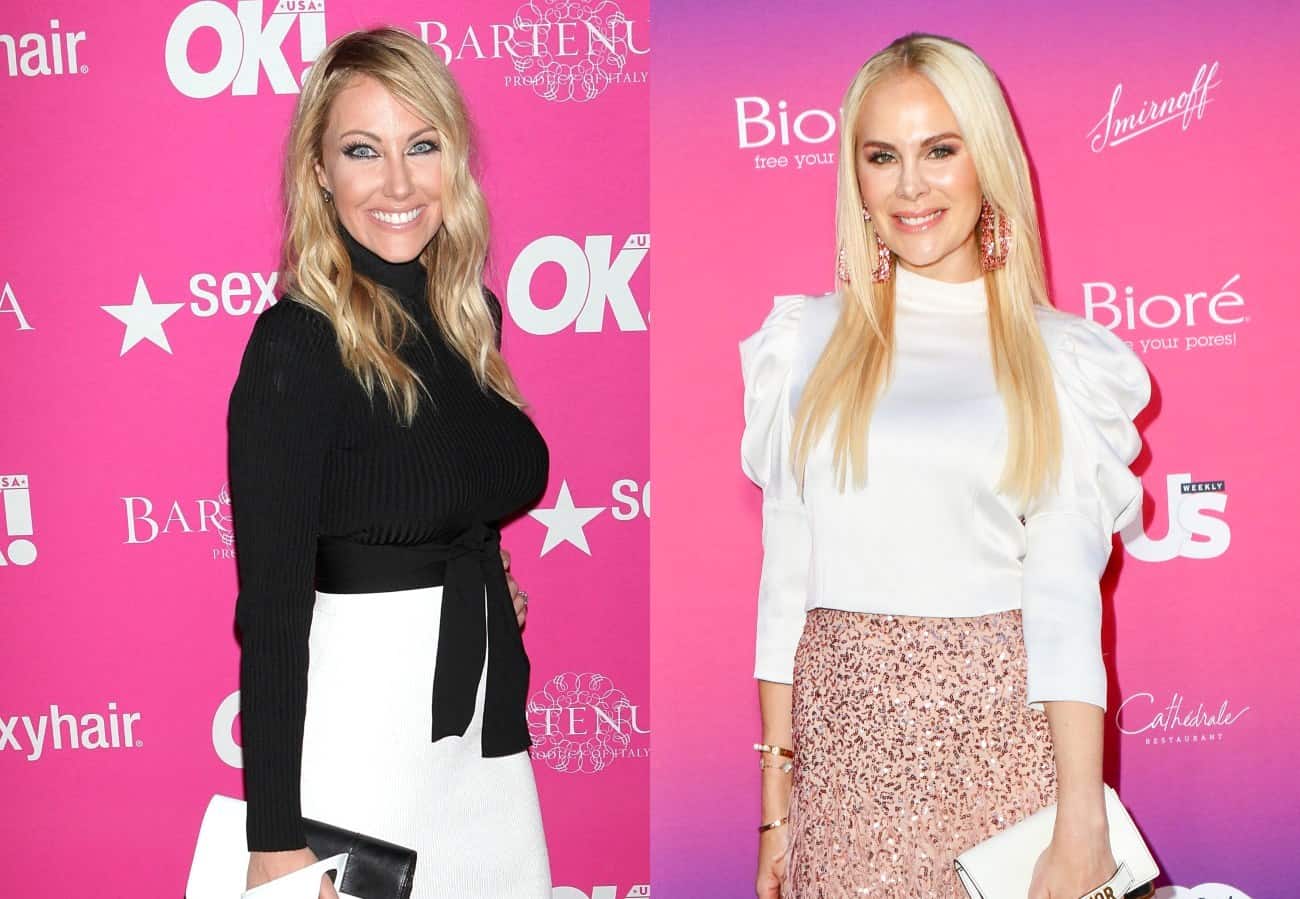 Stephanie Hollman and Kameron Westcott may never be friends.

Ahead of the upcoming taping of The Real Housewives of Dallas reunion, Stephanie said that while she would like to have a healthy relationship with her co-star, she isn’t willing to tolerate Kameron’s “bully” behavior and feels she’s been disrespected by her on numerous occasions.

“We don’t speak at all,” Stephanie told Us Weekly on Wednesday, December 4. “I would like to have a healthy friendship with her, but if it’s not going to be healthy, I don’t want a friendship.”

“I feel like the way that she treats me is honestly, like, a bully. She talks down to me. She doesn’t let me finish sentences. She doesn’t respect me. She goes on social media and tries to call me a liar,” Stephanie continued. “Honestly, I feel like those are actions of somebody who is trying to manipulate control. And to me, that’s stuff that a bully does. I just don’t agree with it. And I don’t do those things to her.”

Stephanie and Kameron have been at odds with one another since they traveled to Beaver Creek for a RHOD cast trip during the show’s third season. Their relationship became further strained earlier this year after Stephanie referred to Kameron as a “surface level” friend.

At the end of last month, while chatting with Life and Style magazine, Kameron reacted to Stephanie accusing her of being a “bully” on the show.

“Calling someone a bully is not a word Stephanie should throw around lightly. It’s upsetting she uses this word so easily. There are so many children who do get bullied in today’s world and it’s not something to use to just get personal attention on a reality TV show,” Kameron said.

“I have two small children and it’s important to show them great values and that bullying is wrong on any level,” she continued. “I also never want to make anyone feel lesser and I take great pride in teaching my children this. I teach them to never speak down to anyone and everyone is equal. To hear this about me, believe me, I’m just as surprised as anyone was to hear this!”