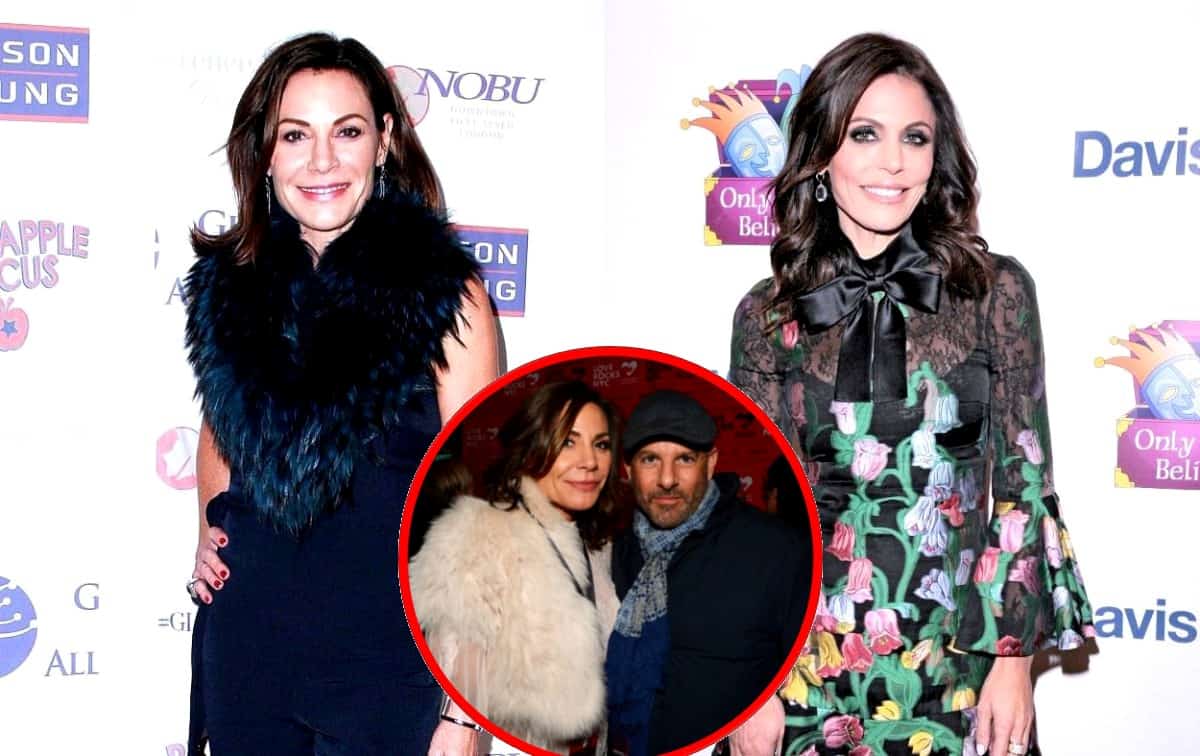 Does Luann de Lesseps keep in touch with Bethenny Frankel following her sudden exit from The Real Housewives of New York City?

During a new interview, Luann revealed where she stands with Bethenny before dishing on new housewife Leah McSweeney, Tinsley Mortimer‘s potential exit from the Bravo TV reality series, and her nearly two-year romance with her agent, Rich Super.

“Bethenny has been replaced,” Luann told Entertainment Tonight this week. “Bethenny has been a huge character on the show, she’s come and gone herself from the show. So, you know, wishing her the best, as well.”

According to Luann, she and her co-stars were completely surprised and shocked when Bethenny announced she was leaving RHONY in August because Bethenny didn’t give anyone a heads up.

“You know, everybody has got their life and she chose to leave, so we were all just surprised by it,” she shared. “We found out just like you did. So, we were kind of surprised and shocked by it. And, like I said, she’s doing her thing and wish her the best.”

When it comes to her status with Bethenny today, Luann admits she hasn’t spoken to Bethenny nor has she heard from her since she quit RHONY.

In addition to enjoying her friendships with her co-stars, Luann has also been having fun in her relationship with Rich, who she’s been dating for nearly two years. As Luann explained, she gave in to her agent after he pursued her for five months following her 2017 split from Tom D’Agostino Jr.

“It wasn’t easy,” she recalled. “I was like, ‘No, that’s not happening,’ and then, he just wore me out … and then it just turned into a really great working relationship, as well as a romantic one.”

“I just wasn’t sure where it was going, so I didn’t really talk about it,” Luann continued of why she didn’t go public sooner. “He’s very supportive and he’s just a great touring agent. He’s a great guy and I’m lucky.”

While Luann and Rich are currently living on opposite coasts, with Luann based out of New York City and Rich working in Los Angeles, they’ve been making their romance work by traveling together frequently and looking forward to where life will take them.

“I’m a hopeless romantic, I was married twice already and they say, three times’ a charm, so you know, who knows? I’m not in a big hurry to do anything right now, I’m just enjoying the moment … I’m enjoying the relationship,” Luann explained.

As for whether or not Rich has been filming with her, Luann confirmed he will not appear at all on RHONY season 12.