Home Real Housewives of Orange County News Groupon Calls Out Tamra Judge After RHOC Star Denied Using Company by Showing Proof She Did, Tamra Gets Upset and Responds as Kelly Mocks Her and Vicki Post Reunion

Groupon Calls Out Tamra Judge After RHOC Star Denied Using Company by Showing Proof She Did, Tamra Gets Upset and Responds as Kelly Mocks Her and Vicki Post Reunion 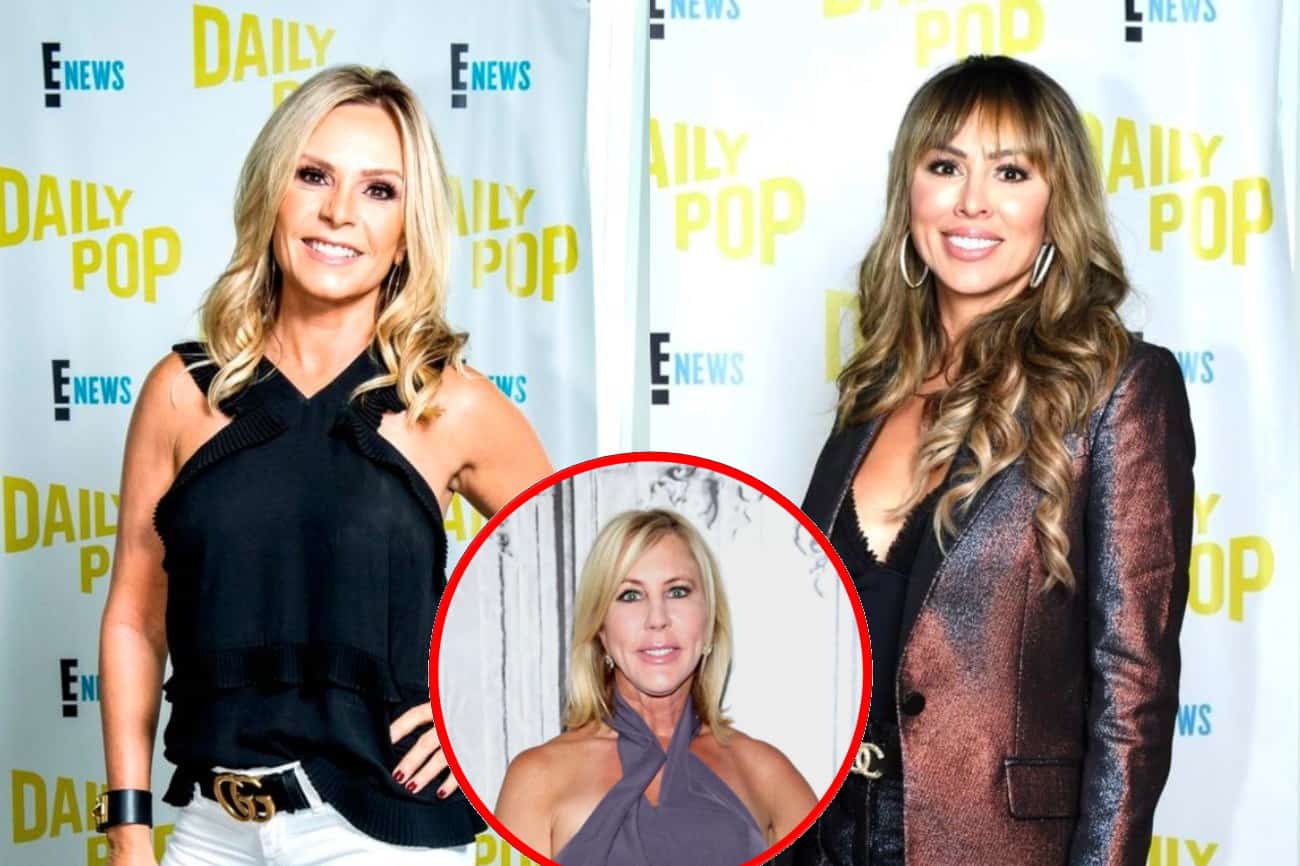 Groupon is calling out the Real Housewives of Orange County star Tamra Judge on Twitter! Plus see how Kelly Dodd made fun of Tamra and Vicki Gunvalson after part one of the show’s explosive reunion.

During the first installment of the RHOC reunion, the hot-tempered Kelly went at it with costar Tamra after Tamra mocked Kelly’s beverage business by claiming it was on clearance in stores. At one point, Kelly then accused Tamra of having a “losing” gym business, Cut Fitness, which she co-owns with husband Eddie Judge, claiming that Tamra had to turn to Groupon to get customers. Tamra defended herself, claiming she doesn’t use the online coupon service.

“We don’t do Groupon,” said Tamra. “We do not have Groupon.”

But when Kelly posted an open-ended question on Twitter following the reunion on Wednesday, Groupon responded with photographic proof that Tamra actually did use them in the past.

“What did you all think of part one of the #RHOC reunion?????” Kelly asked on Twitter Wednesday night.

“We’re just gonna leave this right here…” Groupon boldly replied to the tweet with a screenshot of a Cut Fitness Groupon offer.

Tamra commented on the thread moments later, seemingly attempting to save face.

“How old is this AD? contacting your office shortly.” replied the reality star on Thursday afternoon. 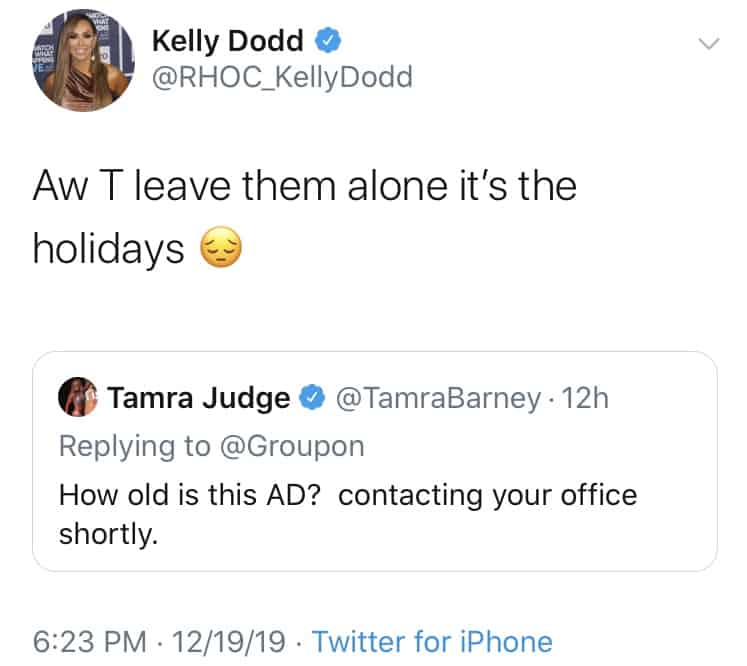 But Kelly hadn’t finished yet. She also threw some more shade at Tamra and her gym business.

“Is backpedaling a workout routine they offer at Cut Fitness? When you stop lying so frequently in situations where it’s easy to expose the truth, you won’t have to always scramble to change your story…. must be exhausting. ???? happy holidays to you & your fam ♥️” Kelly tweeted. 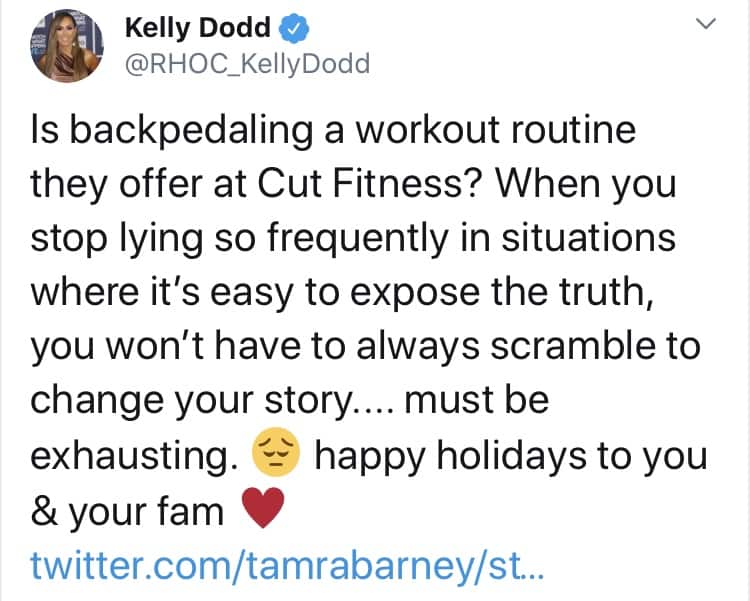 Tamra was clearly upset with the Groupon tweet and sent out over 20 tweets defending herself.

“Thank you for advertising @CutFitOC for FREE. However we Have not used your services in many many years,” Tamra tweeted.

At one point, Tamra even questioned if Groupon’s tweet was “illegal.” However, Groupon’s tweet was not illegal as Kelly was actually the first one to share a screenshot of Tamra’s Groupon ad on Twitter.  Groupon then made their own post about Tamra’s ad about an hour after Kelly’s post seemingly using Kelly’s screenshot. Also, Groupon ads are public information and remain available on their website even years after the ads expire.

Kelly also took the time to repost a meme poking fun at her arch-nemesis, Vicki. In the clip, Vicki is made to look like she’s chugging one of Kelly’s drinks from her company, Positive Beverage, appearing happier once she’s finished it.

“All you need is love and some @PositiveBeverage thanks @Realityguy for this,” Kelly wrote alongside the meme on Thursday, taking the opportunity to promote her product.

Kelly and Vicki also went at it during the reunion after a season full of ups and downs in their friendship. While the two made up briefly mid-season, they now continue to be at each other’s throats.

Part two of the Real Housewives of Orange County reunion will air on Monday, December 23 at 10 p.m.