RHOC’s Kelly Dodd Reveals How She Found Out About Shannon Beador’s Alleged ‘Liposuction’ and Denies Ex-Boyfriend Dr. Brian Reagan Told Her, Plus She Talks Her Potential Season 15 Return 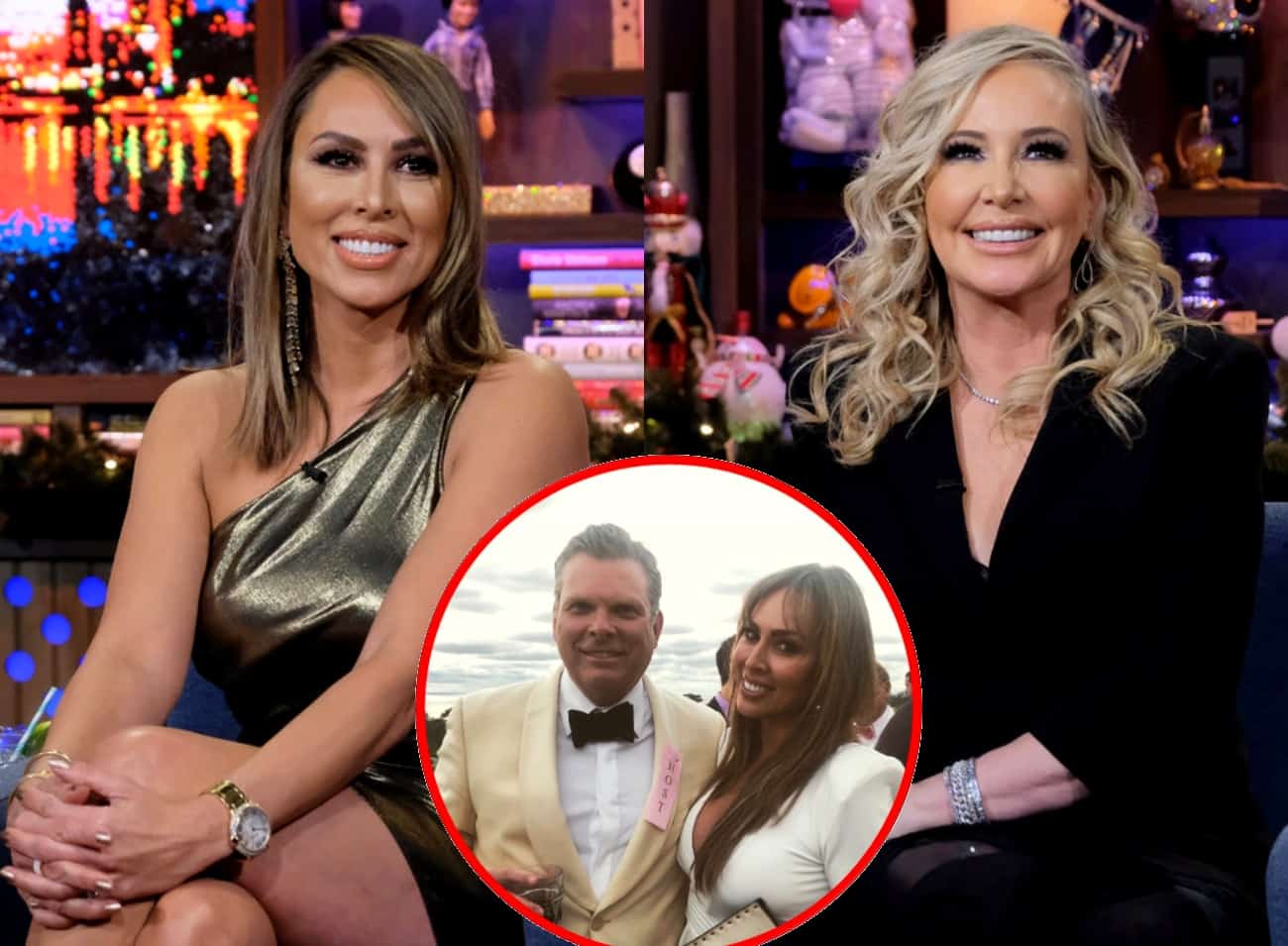 Kelly Dodd claims Shannon Beador‘s 40-pound weight loss was partially the result of liposuction, and while Shannon insists she did not get liposuction, Kelly is now revealing how she found out about this alleged procedure, which was performed by her former boyfriend, plastic surgeon Brian Reagan, as she makes it clear he wasn’t the one who informed her.

Following last night’s installment of the three-part Real Housewives of Orange County reunion, which featured Shannon attempting to deny Kelly’s claims against her, Kelly responded to a fan on Twitter who wanted to know if Brian had violated HIPPA (Health Insurance Portability and Accountability Act) laws by telling Kelly what he had potentially done. Also, Kelly is addressing her possible return to the show next season.

“What happened to doctor patient confidentiality? [Kelly] your boyfriend shouldn’t be telling you what his patients are getting that’s none of your business!” the first fan wrote.

“Shannon told me. Not the doctor btw!!” Kelly replied. 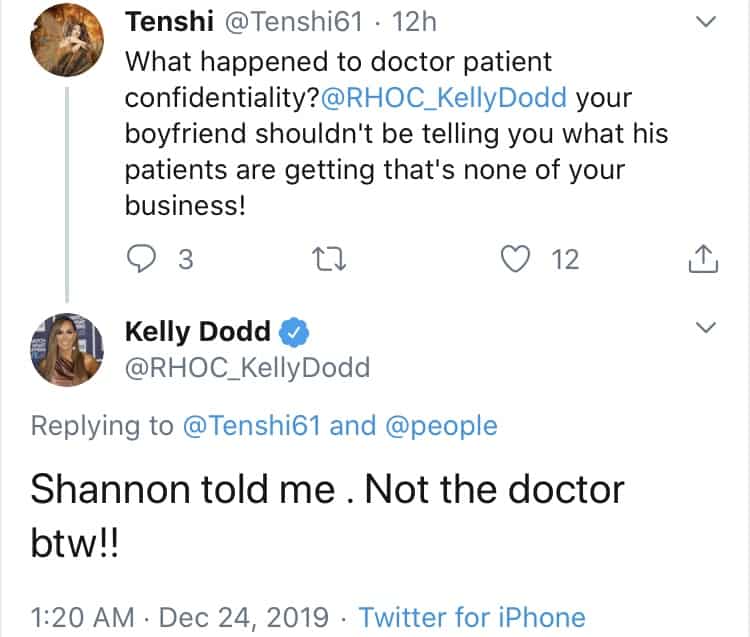 During Monday night’s episode, Kelly told host Andy Cohen that her ex-boyfriend performed the liposuction operation on Shannon. Then, as Tamra Judge asked Kelly if that’s what the surgeon had told her, Kelly was seen nodding her head. However, according to Kelly, she was in the loop with the procedure because she was there when Shannon allegedly went under the knife.

“I was there when she had the procedure.. I don’t care what you heard. We filmed it she wanted to keep that part quiet .. no Hippa violations..,” Kelly confirmed in a second tweet.

I was there when she had the procedure.. I don’t care what you heard . We filmed it she wanted to keep that part quiet ????.. no Hippa violations..

According to Shannon, she didn’t have liposuction. Instead, she had BodyTite, a skin-tightening procedure that is often done to treat skin laxity caused by weight loss.

In a third tweet, Kelly was seen reacting to a conversation among fans in regard to her potential return to RHOC.

“She is?” asked the second.

After seeing the interaction, Kelly responded with a raised hands emoji. 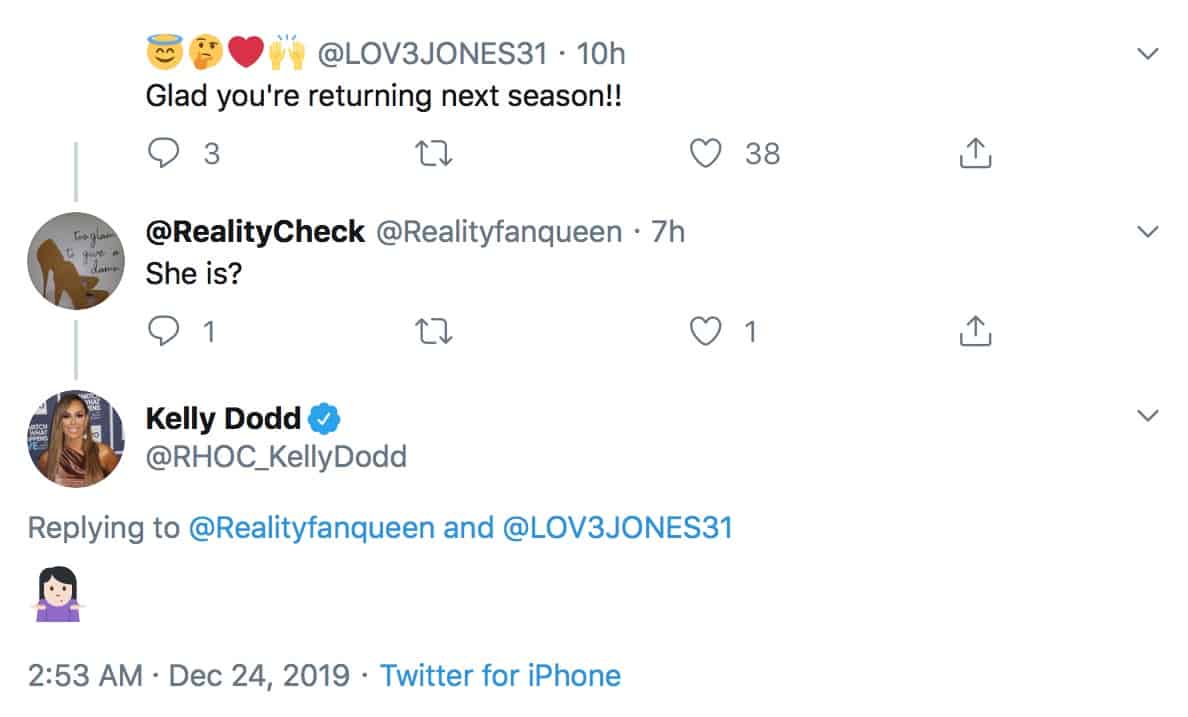