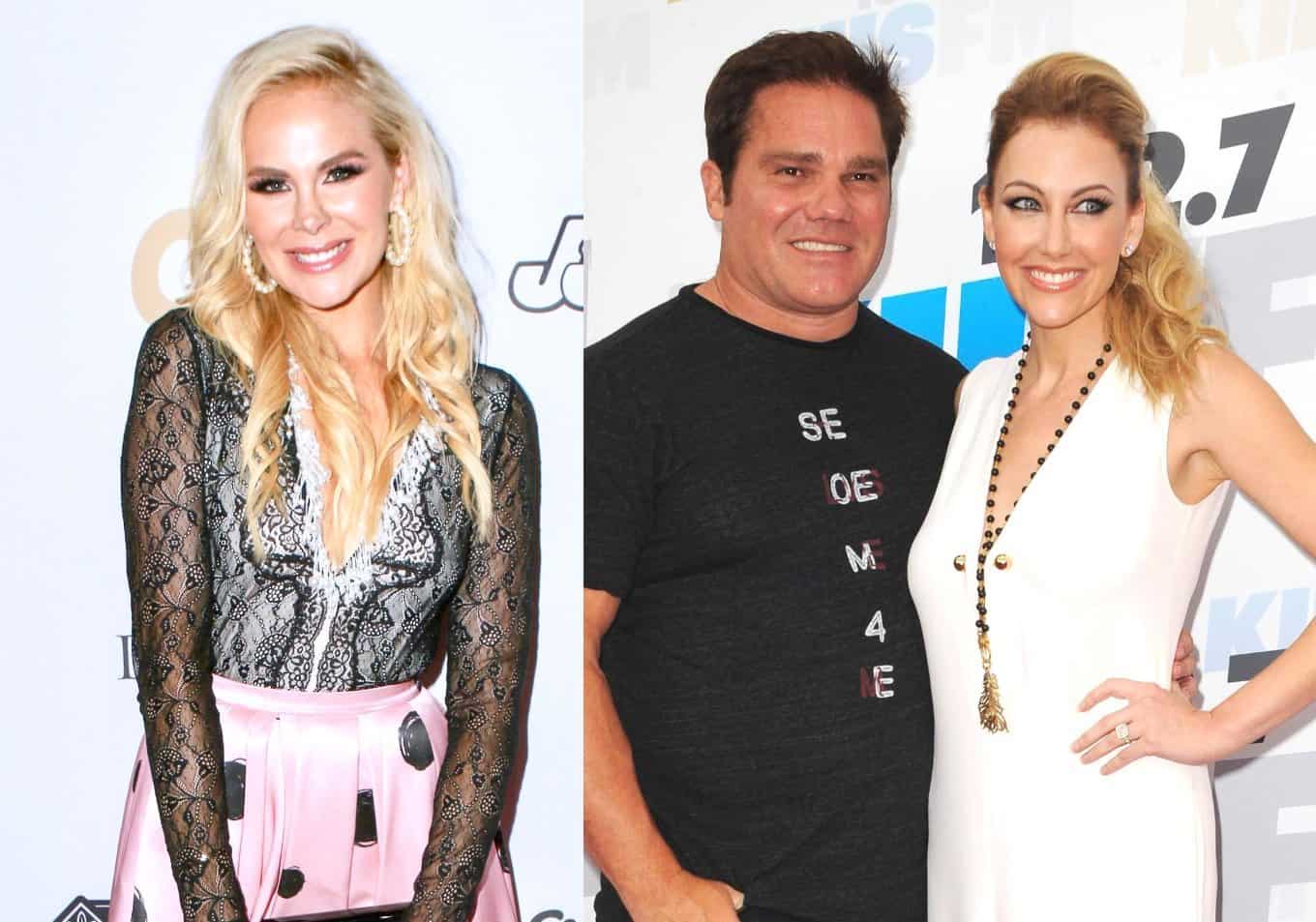 Real Housewives of Dallas star Kameron Westcott is firing back against costar Stephanie Hollman‘s husband Travis Hollman after he called Kameron out over a comment she made during part one of the reunion.

As the fourth season of RHOD comes to a close, one thing’s for sure: Kameron and Stephanie aren’t becoming besties anytime soon. The two reality stars went head to head during part one of the reunion on Wednesday as they accused each other of name calling, being fake, and more. Kameron was even reduced to tears as she expressed how hurt she was to learn Stephanie was talking badly about her even after she allegedly gave a local country club a glowing review in order to help get Stephanie and her husband Travis into it.

But Travis didn’t take this comment lightly. He took to Twitter as the reunion aired to let Kameron know what time it was.

“Thank you Kam for getting me into the [Country] Club. Since you are not a member of my club, it probably meant a lot to everyone who does not know you to have your blessing. Just hearing you say that cracks me up. #RHOD #backtoreality” Travis wrote.

Thank you Kam for getting me into the Counrty Club. Since you are not a member of my club, it probably meant a lot to everyone who does not know you to have your blessing. Just hearing you say that cracks me up. #RHOD #backtoreality

“Actually yes… I vouched to get them into a club. I’m not a member but people approached me directly asking about them since they didn’t know them.” the Dallas housewife wrote in the comment section of the post on Thursday. “It was hurtful to me to hear them talking behind my back about my ‘ego’ when I had been nice to them and done them a favor without wanting anything in return! 🤷🏼‍♀️ tried to be nice and got name called and ridiculed in return” 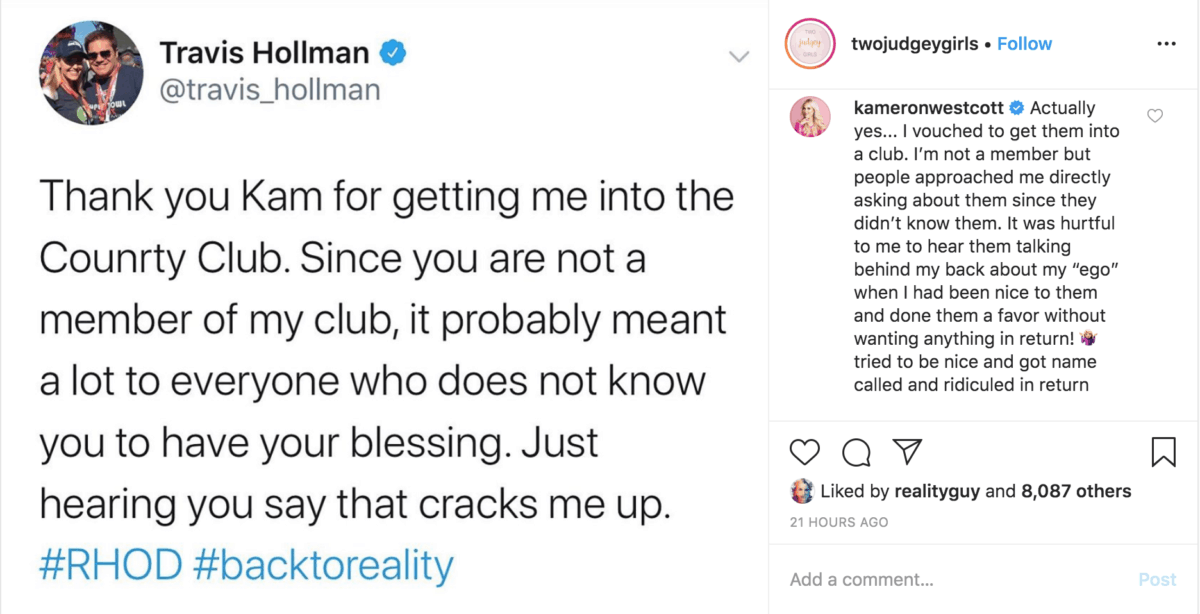 As viewers already know, Kameron and Stephanie have never seemed to be able to get on the same page throughout the entire fourth season of the show, let alone seasons prior. This was especially true after Kameron learned Stephanie thought of their friendship as a “surface” one.

Tune in to part two of the Real Housewives of Dallas reunion next Wednesday at 9 p.m. on Bravo TV.