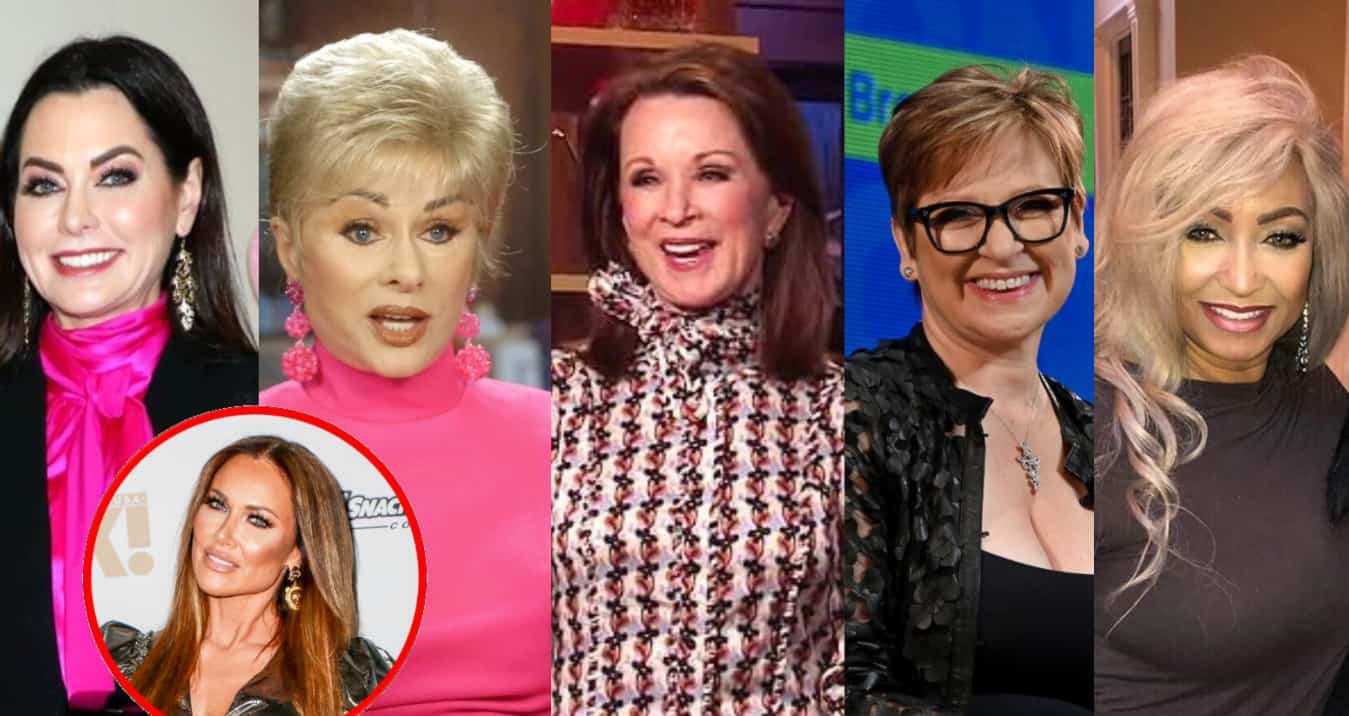 D’Andra Simmons appeared on a podcast on Monday, where she discussed her mother Dee Simmons‘ failed pilot for Bravo and spoke about a moment that occurred between herself and LeeAnne Locken before she joined the Real Housewives of Dallas cast.

While chatting with the hosts, D’Andra confirmed her mom was set to star in a new show alongside several other Real Housewives stars before suggesting LeeAnne begged her to join the RHOD cast because she needed the money.

“It was called ‘Mama Knows Best’ and it was a few Housewife moms. People like [Dale Mercer, Tinsley Mortimer‘s mom], my mother, [Porsha Williams]’s mother [Diane Williams], and Caroline Manzo,” D’Andra revealed on Out in the Wild. “The concept was kind of like a Judge Judy, so, stupid people basically come in with their problems [laughing] and four mamas figure it out.”

Meanwhile, she continued, “[Dale] reached out to me on direct message to say, ‘Oh I love your mom,’ they like each other a lot.”

Although Southern Charm star Patricia Altschul was also approached to appear on the potential series, she ultimately declined.

“[Patricia] didn’t want to do it because it was far for her to travel and it was going to be shot in [Los Angeles],” D’Andra explained.

As for what went wrong with the pilot, D’Andra, who hosts a podcast with her mom, said the sizzle reel “wasn’t as interesting as it should have been.”

“I thought what would really make it good would be to have the Housewife mothers and a few daughters and they should argue about what the advice should be, because we’re different generations. I thought that would be very funny,” she stated.

Also during the interview, D’Andra claimed LeeAnne begged her on her knees to join the RHOD cast because if she didn’t, LeeAnne would face financial hardships.

“[LeeAnne] came to my house, my mother was there, and she got on the floor, on her knees and begged and screamed and pleaded for me to be on the show,” D’Andra recalled. “LeeAnne said in front of my mother [Mama Dee], ‘If you don’t go on the show I won’t have an income.’ She said you have to go on the show because I need an income.

“That is the absolute truth, you can ask my mother. She said to my mother, ‘They need a big name in Dallas and I need her to do this,'” she added.

The Real Housewives of Dallas season four reunion concludes on Wednesday at 9 p.m. on Bravo.