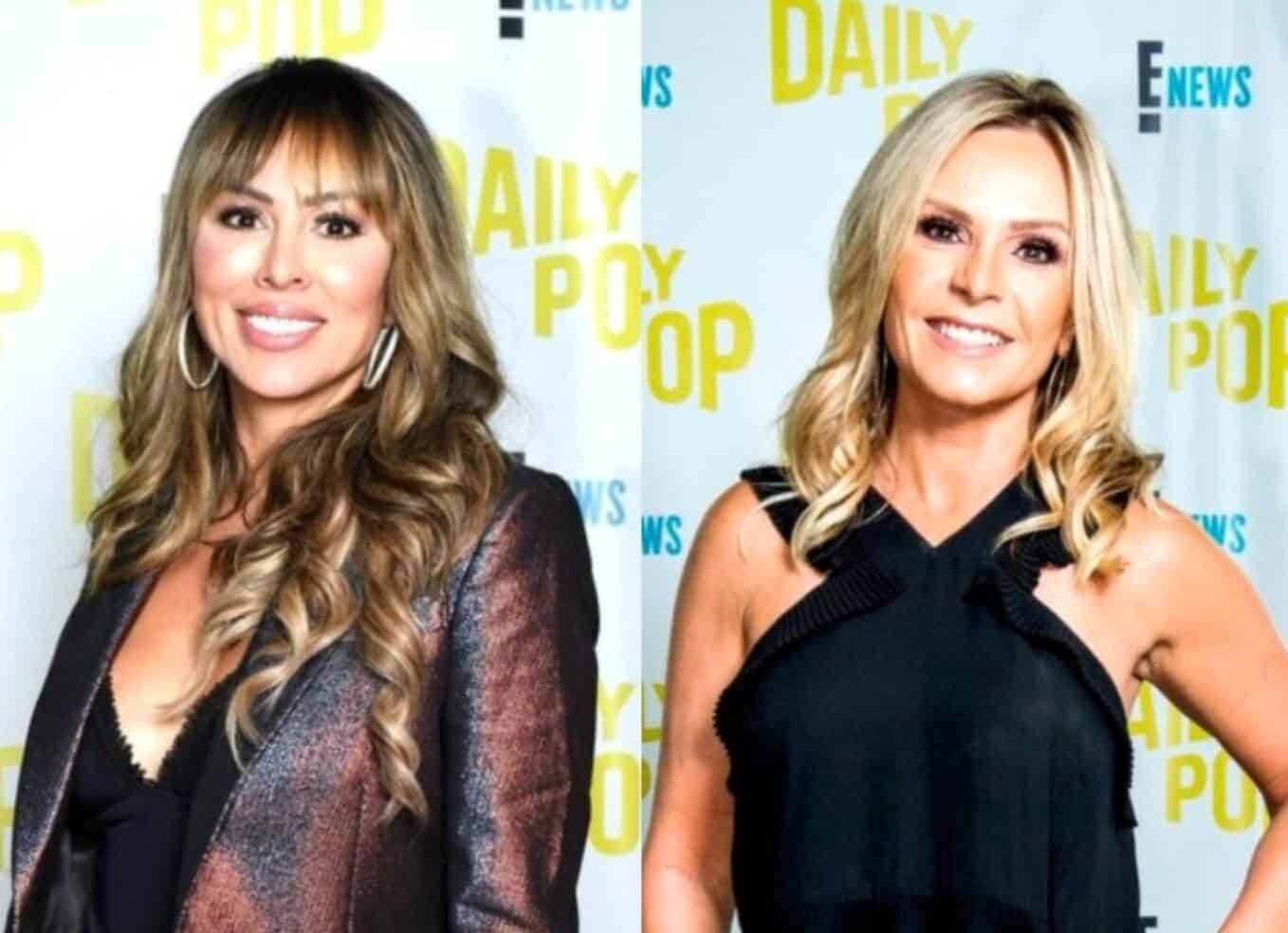 After suffering a falling out during season 14, during which Kelly threatened to be a character witness against Tamra in Jim Bellino‘s $1 million defamation lawsuit against her, Kelly reignited their Groupon drama by poking fun at Tamra’s finances after Tamra complained about having to spend over $300,000 to defend herself in the ongoing lawsuit.

“One of my favorite places to shop [Bristol Farms] has [Positive Beverage] on sale for all of January to help you keep up with your New Years resolutions! 10 for $10 so even @tamrajudge can afford it! (No Groupon necessary),” Kelly wrote in the caption.

During the RHOC season 14 reunion, Kelly made a dig at Tamra’s gym, CUT Fitness, by suggesting she needed to use Groupon to generate business. Then, on Twitter, after Tamra insisted she was not using the company, Kelly shared a screenshot of a Groupon ad for her gym.

In the moments that followed, Kelly and Tamra engaged in a full-blown Twitter war after Tamra pointed out that the ad was years old before telling Kelly to stop spreading lies and threatening her with a lawsuit from CUT Fitness.

“Keep attacking my business and you’ll find yourself in [a] lawsuit [with CUT Fitness],” she warned.

While Kelly was seemingly poking fun at Tamra for using Groupon, she responded to a fan on Instagram who wondered what was wrong with the service by confirming that she actually uses Groupon “all the time.”

In a second comment, Kelly responded to another fan who suggested she dissed Tamra in her Positive Beverage post because she was “thirsty for attention.”

Production on The Real Housewives of Orange County season 15 is expected to begin sometime in the coming months.