Vanderpump Rules’ Ariana Madix Reveals Why She and Lisa Vanderpump Aren’t Following Each Other, Plus Lisa Accuses Her of ‘Talking Sh*t’ When She Asks For Her Job Back 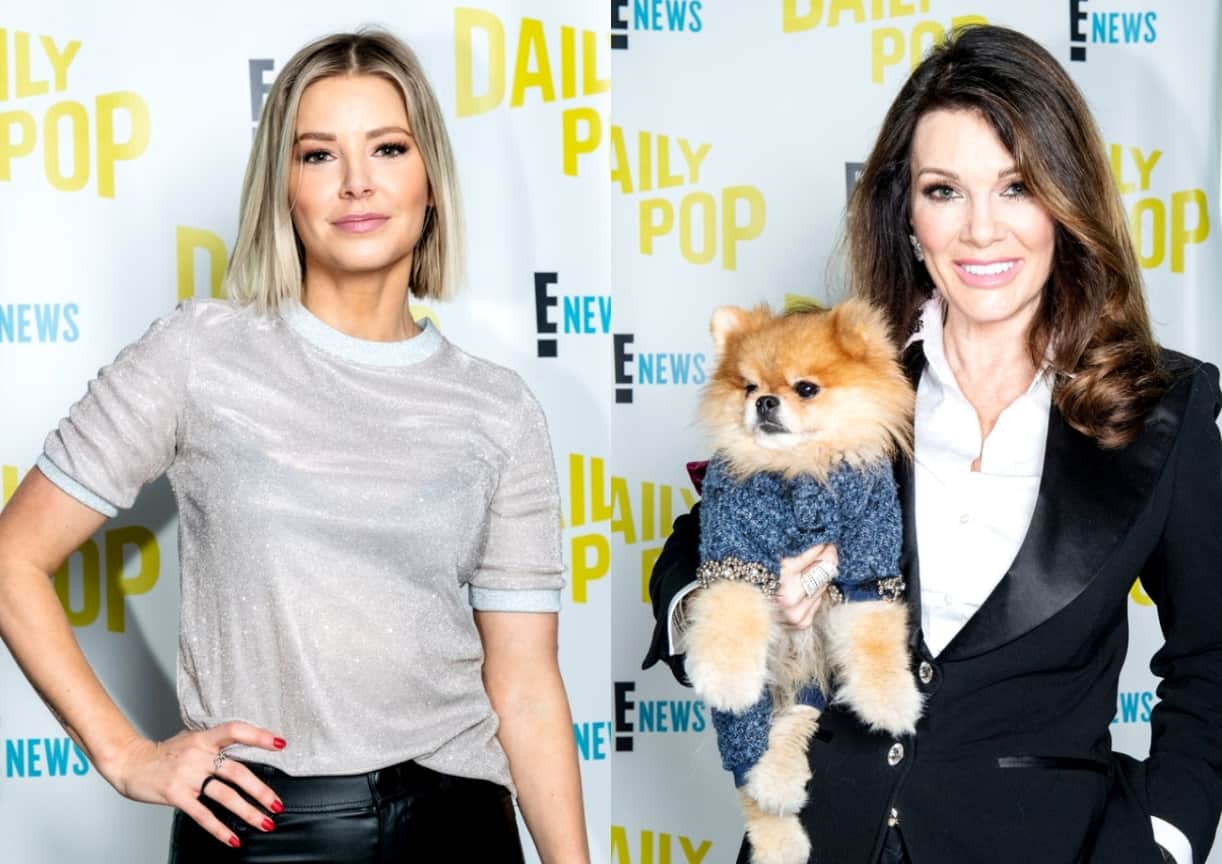 Ariana Madix is explaining why she and Lisa Vanderpump aren’t following one another on Instagram.

Ahead of next week’s episode of Vanderpump Rules season eight, which will feature a scene in which Ariana attempts to convince Lisa to rehire her at SUR Restaurant, a fan questioned Ariana about the current status of her relationship with the former Real Housewives of Beverly Hills star.

“I notice you don’t follow Lisa Vanderpump. Are y’all still at odds?” the fan asked, in part.

“We are great. We’ve never followed each other,” Ariana replied. 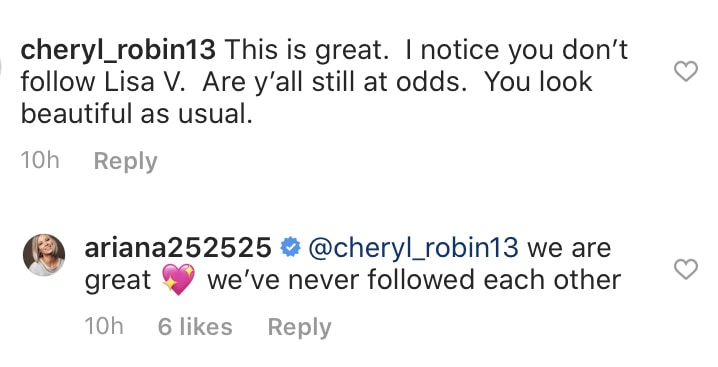 While Ariana and Lisa may be on good terms today, they will be seen in a tense moment during next week’s episode of Pump Rules as Ariana attempts to have her bartending gig at SUR reinstated.

“I wanted to talk to you about maybe coming back here like once a week,” Ariana says in a sneak peek at Tuesday’s show.

“I don’t like sitting at home and not working. My book’s not coming out until December and it really bothers me to be just like, sitting around,” Ariana explains.

But Lisa doesn’t understand why Ariana would want to come back to SUR after targeting her in the way she did last year after learning that Lisa had seemingly suggested that her boyfriend, Tom Sandoval, wasn’t as involved in the opening of TomTom as he should have been.

“When somebody you’ve employed for 10 years starts talking a bunch of sh*t about you, quite frankly, I’m kind of mystified as to why you would want to come back here,” Lisa says.

Then, in a cast confessional, Lisa notes that while she wouldn’t have brought up the things Ariana said about her, including her allegations about Lisa being “vindictive” in her statements about Tom, if she was still working for her, she felt she should address the issue before Ariana’s potential SUR return.

“I know you guys have talked since then and you guys have worked through a lot of that stuff but it was the stuff Tom was bringing home,” Ariana insists.

“The greatest compliment I can ever give your boyfriend is to ask him if he would like to be involved in our business. My feelings were really hurt,” Lisa responds.

At the end of the clip, Ariana apologizes and states she would like to repair their relationship as Lisa tells Ariana she needs time to consider allowing her to come back to work.