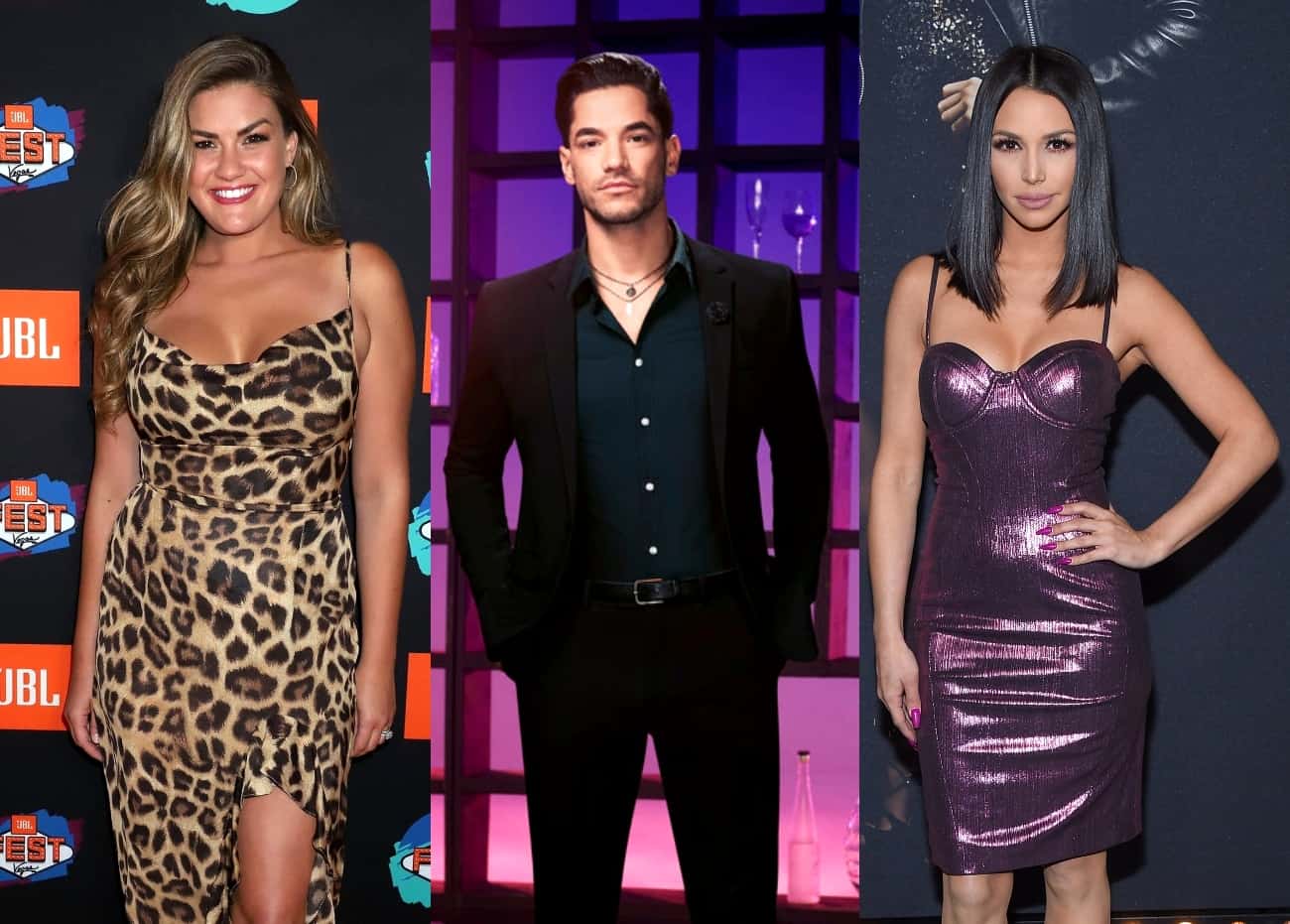 Vanderpump Rules star Brittany Cartwright is no longer working at SUR and below, find out what new hookups are taking place in season 8 of the show.

Bravo viewers were gifted with the first quarter of Vanderpump Rules‘ season 8 premiere episode just weeks before its air date and boy, there is a lot to unpack already. As fans already know, there’s been a cast shakeup this season, resulting in a handful of new characters and a change in SUR’s staff. And a big part of that may be due to the fact that aside from longtime staffers Jax Taylor and Scheana Marie, most of the cast doesn’t work there anymore.

“Katie [Maloney], Lala [Kent], Ariana [Madix], and Brittany all don’t work at SUR anymore,” reality star Scheana says to the camera in the beginning minutes of the episode posted on Bravo‘s website.

Just after that shocking revelation, the camera cuts to Scheana and Jax chatting it up while working at the West Hollywood restaurant. It’s then that Scheana introduces one of SUR’s newest staff members, Brett Caprioni to Jax.

“Are you guys dating already, or…” the reality star bartender jokes after shaking the newbie’s hand.

“We just met this weekend, Jesus!” Scheana laughs in response.

But when the camera cuts to Brett’s confessional, we find out they did, in fact, hook up.

“Scheana and I actually have hooked up,” the newbie says to the camera. “A few nights ago, we were out in a bar in Santa Monica, I was with a buddy. She, of course, invited us back to her house to play Scattergories. The next thing I know we just kissed — that wasn’t what I thought it would be.”

And when the producer asks him if he meant to say Scheana wasn’t a good kisser, Brett said, “That is what I’m saying.” Ouch!

As fans already know, Scheana has a history of hooking up with people she works with. Last season she stated she was “best friends” with Adam Spott, a barback she’d casually hooked up with. But as was most recently reported, Scheana is currently dating a guy named Brock Davies.

Also in the sneak peek of the premiere episode, we find out that James Kennedy‘s girlfriend Raquel Leviss has become a regular server at SUR, even though she admits it’s a point of contention between her and James, given his tumultuous past with the restaurant’s owner, Lisa Vanderpump.

“It’s definitely a trigger for him.” Raquel admits to her boss, Lisa in the sneak peek. “He sees me put on my SUR uniform and he’s like about to cry watching me leave the door, so.”

Find out what the rest of the cast has been up to in Vanderpump Rules season 8 that premiers on January 7 at 9 p.m. on Bravo TV.