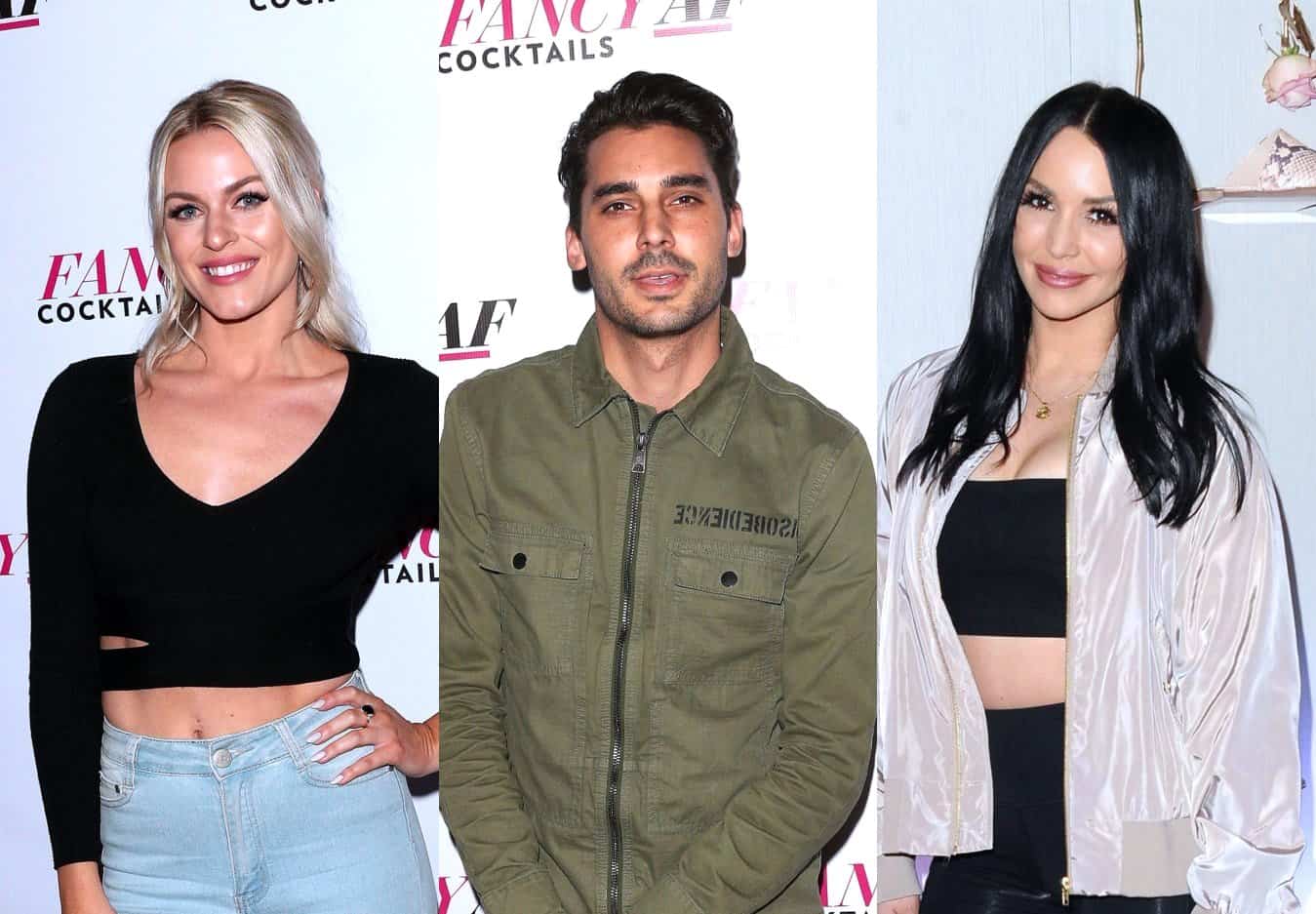 Vanderpump Rules stars Dayna Kathan and Max Boyens reveal if they’re still dating while a source dishes on any remaining tension between Dayna and Scheana Shay.

Dayna and Max may be brand new to Pump Rules, but they sure have brought on the drama! In the very first episode of season eight, viewers learned that Max, a manager at TomTom, had slept with the restaurant’s hostess, Dayna. And while the two seemed to be quite interested in getting to know one another better, their relationship appears to have fizzled these days.

“Well, [Dayna] works for me at TomTom again now so…we’re cool. We’re cordial,” Max told Entertainment Tonight of his and Dayna’s current status this month. “We don’t grab drinks outside of work or anything.”

Dayna, who was also present during the interview, agreed with Max, saying, “We’re cool.”

As fans have learned on the show, Max had previously had a fling with longtime SUR employee Scheana and was still good friends with her, which created somewhat of a love triangle between the three castmates. This tension was made clear on the show when Scheana ordered Dayna, who was training at SUR, to do a bunch of side work that wasn’t necessarily her job.

But while the two costars don’t seem to be getting off to a good start as season eight gets rolling, their animosity toward each other may be short-lived as a source close to the cast is revealing Dayna and Scheana are now “best friends.”

“Scheana and Dayna definitely got off on the wrong foot when Dayna first started working at SUR (as a waitress in training),” an insider recently dished to Hollywood Life. “Despite what Scheana said about not being jealous of Dayna sleeping with Max, Dayna truly believed there was a lot of hostility and jealousy because of their connection. It took some time for Scheana and Dayna to work out their issues, but now they really do consider each other best friends.”

News of this budding friendship is surprising given what’s happened thus far on the show. As fans have seen, Dayna, who was clearly interested in hanging out more with Max, was uncomfortable after learning he and Scheana would be going on a “friends’ trip” to Palm Springs. She even went so far as to say she saw “red flags” with the way Max was behaving.

But as it turns out, once the girls took Max out of the equation, things between them completely changed.

“They can’t believe they let a man get in the way of friendship, and they’ll always support each other,” the insider added.