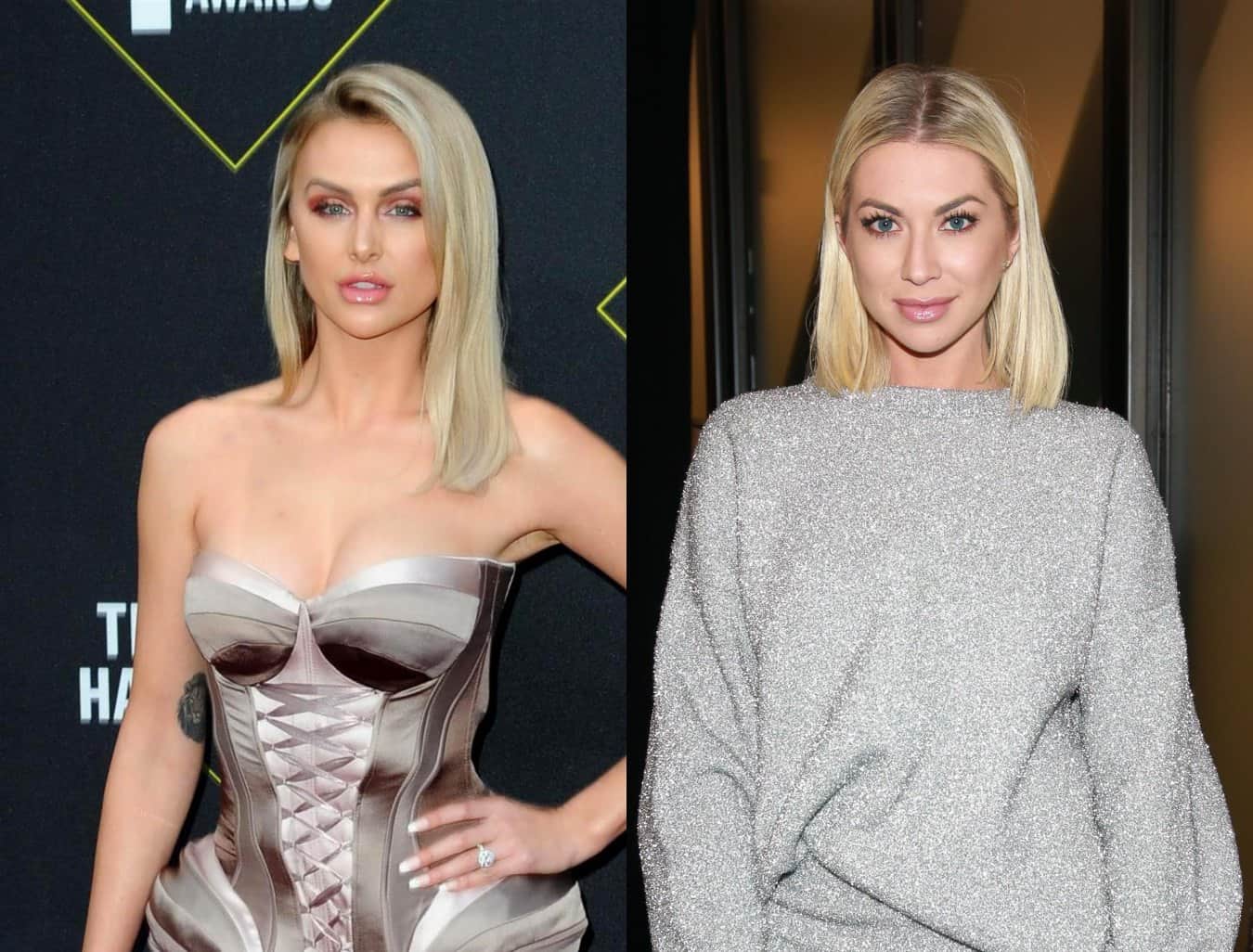 Vanderpump Rules‘ star Stassi Schroeder is spilling it all on Lala Kent and her fiancé Randall Emmett‘s new podcast, from why she and Lala fought at BravoCon to how she got ex-boyfriend Jax Taylor onto the show!

Lala and Stassi get along great these days, as we’ve seen on the show over the last couple of seasons, so it’s no surprise the former SUR waitress agreed to be Lala and Randall’s first guest on their new podcast. And in true Vanderpump Rules fashion, even though the two reality stars are buddies, they admitted that they still do butt heads from time to time, even if it’s about something as trivial as bridesmaids dresses.

“That was the toughest I’ve been with Lala ever,” the bride-to-be explained while on Give Them Lala…With Randall podcast, referring to a spat they had while in New York City for BravoCon this past November. And even though the fight was about something as simple as bridesmaids dresses, Stassi admitted it got pretty heated.

“Lala was like are you gonna cry? Are you gonna cry?” Stassi said as she recalled the fight that was apparently over the color of bridesmaids dresses. “You look like you’re gonna cry!”

“I only know how to go toes with people I don’t like,” Lala said of the spat that Randall was also a witness to. “I don’t know how to handle this but, Stassi, you got your color.”

While on the premiere episode of the podcast, Stassi also dished on why her ex and resident bad boy Jax almost wasn’t on the show.

“First of all though, Randall, I brought [Jax] into this,” Stassi divulged as she recalled when she was first getting cast to be on the show. “He was not supposed to be on Vanderpump Rules, I brought him into this. He was not working at SUR and they cast the rest of us and they were like, who are you dating?”

Stassi explained that production was ultimately interested in having her on the show and only wanted Jax to film because Stassi was dating him at the time.

“I own him,” the longtime Vanderpump Rules star added, jokingly.

In the moments when Stassi wasn’t spilling major dirt on the show, Randall and Lala couldn’t help but gush over Stassi and compliment her on her incredible success, both with her own podcast and her New York Times best-selling book, Next Level Basic. But the 31-year-old was quick to admit that she still feels the need to pull shameless stunts like calling the paparazzi on herself.

“It was when Patrick [Meager] dumped me on our anniversary the day before our trip to Mexico and I was like you know what? I look hot on this trip I’m feeling skinny, I need him to see how hot I looked so I was like, ‘Paparazzi, here I am!'” Stassi revealed as she explained why she once tipped the paparazzi off. “It’s like a work day.”

But don’t worry, Stassi’s not the only Vanderpump Rules cast member to pull this trick.

“You know who else does that?” asked Stassi. “Scheana [Shay], every time she goes to Hawaii.”