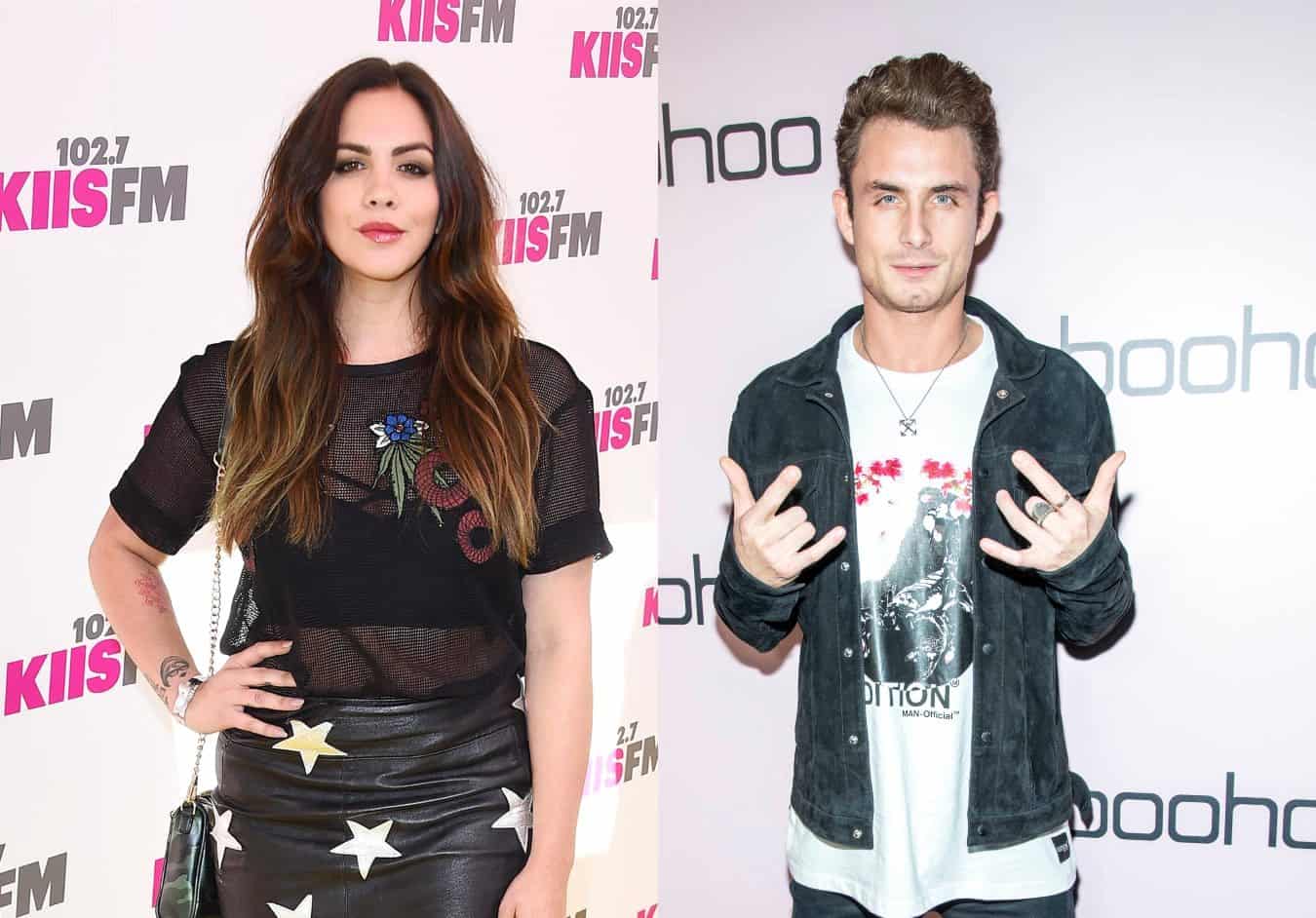 James Kennedy is officially back at SUR Restaurant after being fired from the venue by Lisa Vanderpump during an episode of Vanderpump Rules season seven in late 2018. Below, see how Katie Maloney is reacting to the news.

On Monday, February 17, after fans watched him DJ at TomTom during L.A. Pride on last week’s show, James shared a text message exchange with SUR co-owner Guillermo Zapata. In the exchange, Zapata requested that James bring his “See You Next Tuesday” events back to SUR.

“THE BOSS HAS SPOKEN “SEE YOU NEXT TUESDAY” IS BACK! AND WERE KICKING IT OFF TOMORROW NIGHT 18th at SUR 9pm,” James announced.

As Pump Rules fans will recall, James was axed from his DJing gig at SUR Restaurant after taking aim at Katie’s weight and poking fun at her short shorts during the L.A. Pride festival in 2018. However, while Katie threatened to quit her waitressing gig at the restaurant if James was not fired, she is actually happy to see that he’s been welcomed back.

“All is right again in SUR land. I’m happy for you dude,” Katie wrote in the comments section of James’ post.

“Thank you so much [Katie]. Means so much honestly!” James replied.

Lala Kent‘s fiancé, Randall Emmett, who will be seen on Pump Rules for the first time later this year, also weighed in on James’ return to SUR Restaurant, as did new season eight cast member Danica Dow.

“WTF I NEED MY TUESDAY SHIFT BACK ASAP,” added Danica.

While James and Katie don’t exactly seem to be the best of friends, they’ve appeared to be on good terms with one another ever since they reunited with their co-stars last August to film what was rumored to be the finale episode of Pump Rules season eight at TomTom.