Stassi Schroeder Opens Up About Fight With Lala Kent, Why She Believes Tom Sandoval Doesn’t Like the Vanderpump Rules Cast and Growing Apart From Kristen Doute 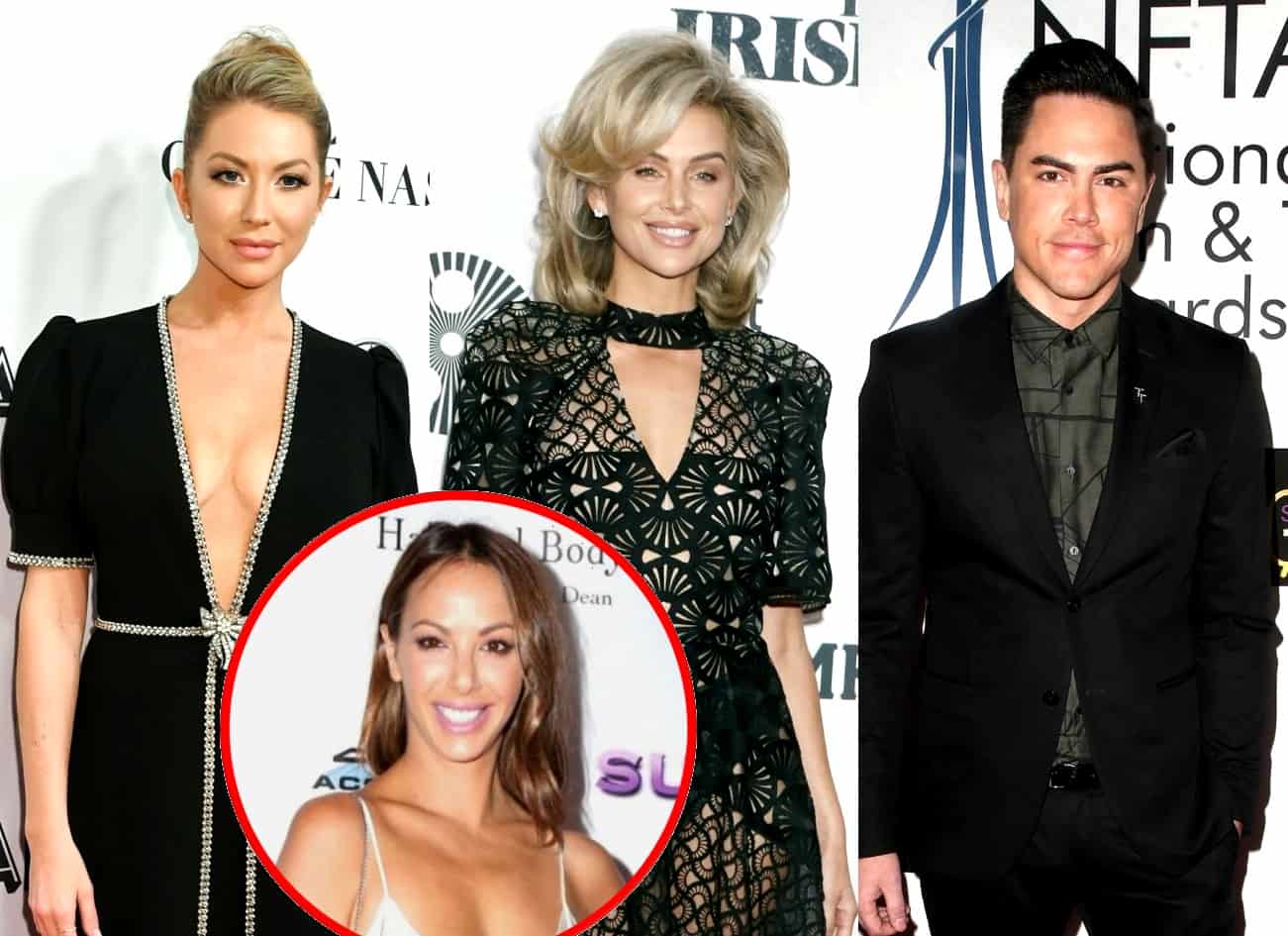 During a recent podcast interview, Stassi opened up about what happened between her and Lala before sharing why she and her co-stars are convinced Tom Sandoval doesn’t like them and addressing her thoughts on what went wrong between her and Kristen Doute during season eight.

After admitting to The Daily Dish podcast that she and Lala picked the same wedding colors “after [Lala] said she would never want” her bridesmaids in white, Stassi explained why she was so upset with Lala.

“It was like, ‘Of course you wouldn’t [want them in white]. You’re Lala,’” Stassi recalled, adding that Lala told her she wanted metallic or blush bridesmaids gowns.

“We talked about it and then her stylist, the following day, convinced her that having white bridesmaids dresses is what’s cool and chic and so then Lala was like, ‘Fine. I’ll do that.’ And that’s what really just enraged me,” Stassi said.

According to Stassi, she didn’t want to see Lala copy her idea of white and ivory bridesmaids dresses for her April 18 wedding to Randall Emmett when she never wanted white in the first place.

“It was Lala and I’s first huge fight. She got mean. She was like, ‘Oh, are you going to cry?’” Stassi recalled. Luckily, in the end, Stassi got to keep her white and ivory theme as Lala chose another option for her big day.

Moving onto her ongoing issues with Sandoval, Stassi said she and her co-stars don’t believe he and his girlfriend, Ariana Madix, enjoy spending time with the Pump Rules cast.

“When you see the first episode that aired of this season, [Jax Taylor] is trying to explain, like, ‘You haven’t really been there,’ Jax is supposed to be one of his best friends. He’s never been invited over to his home. So, I think we were all kind of feeling like, ‘Do either of you guys ever want to hang out with us? Because you guys just hang out with all of these randoms 24/7 and we’re never included,’” Stassi explained.

Then, when the podcast host pointed out that Sandoval and Ariana have grown extremely close to Kristen over the past several months, Stassi said the couple loves “an underdog.”

“Kristen is an underdog right now. So of course, ‘Let me scoop you up and help you.’ To me, it’s so obvious,” she stated.

As for her own relationship with Kristen, Stassi said she’s hoping they get over their feud.

“I think we genuinely don’t understand each other’s side. We’re both just not understanding each other. So, how do you put us in a room together to be friends and get along if we can’t get to the basic level of understanding why each of us are upset?” she wondered.

Although Stassi and Kristen have some major issues to overcome, Stassi noted that there’s “still a lot of love” between them and added that she’s “hoping that things shift and change.”

“This feels like we’re growing apart and that happens in friendships. We grow and you want different things and you shift and your priorities change and that’s what this feels like. But I love Kristen,” Stassi said.

Despite her current issues with Sandoval and Kristen, Stassi revealed that she’s “preordered Kristen’s [book] and has Tom and Ariana’s [book] at home.”