Tamra Judge Reveals Her RHOC Salary! Says Andy Cohen Told Her She’ll Be Back Next Season and Admits to Selling Home After Exit From Show, Plus Does She Think Show Can Survive Without Her? 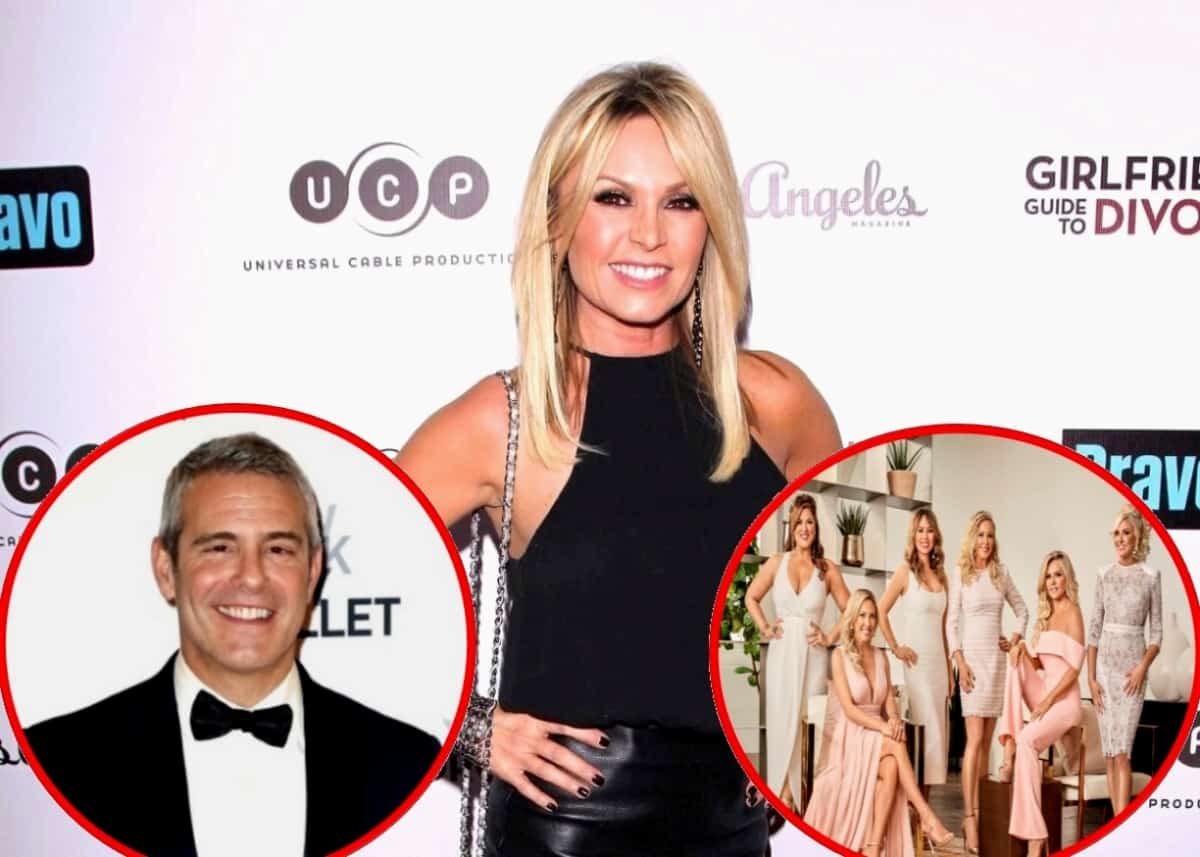 Before addressing the recent sale of her Coto de Caza home and her thoughts on the upcoming 15th season, Tamra confirmed how much she was paid for her full-time position after revealing that her production company, Evolution Media, sent her flowers following her departure from the series.

“I got flowers from the production company. After they took away my salary, they sent me flowers and then I sent them a group text and I said thank you very much for the flowers, it’s almost as good as $1.2 million a**holes,” Tamra told Jeff on Jeff Lewis Live.

While Tamra was only offered a three-episode run on RHOC season 15, she told Jeff that Evolution Media was very good to her throughout her 12 seasons on the show. Tamra then said that when it comes to her future with the series, Andy Cohen recently gave her reason to believe she’d be back for season 16 after learning she’d been approached about other shows.

“It was a job to me and when this job ends, I never thought, ‘Oh my gosh, I’m going to get another show.’ Well, I’ve been approached [but] Andy told me to hold off on signing any kind of contract, run it past him first cause he says that I’ll be back next year,” she revealed.

After hearing about Tamra’s potential RHOC return, Jeff predicted that if Bravo does bring her back to the show in a full-time position for season 16, she’d likely be offered just half of her $1.2 million salary. Luckily, Tamra doesn’t need the money due to her many other ventures, including her real estate endeavors, her CUT Fitness gym, and her Vena CBD business.

“We’re going to start flipping… I love it. I miss real estate,” Tamra said of herself and Eddie Judge.

And they’ve gotten a head start, accidentally as she shared they just sold her $2 million home (you can see photo of the home here).

“So much happened to me in one week. Our house wasn’t even on the market. My good friend Shelly Black did this to [us] last year. We were only in it one year and she’s like, ‘Hey I have somebody that wants to buy your house and they’re going to pay more than $200,000 than you just paid for it.’ And I’m like, ‘Sold!’” Tamra shared.

As for the upcoming episodes of season 15, Tamra addressed rumors of a new cast member before revealing if the show can survive without her.