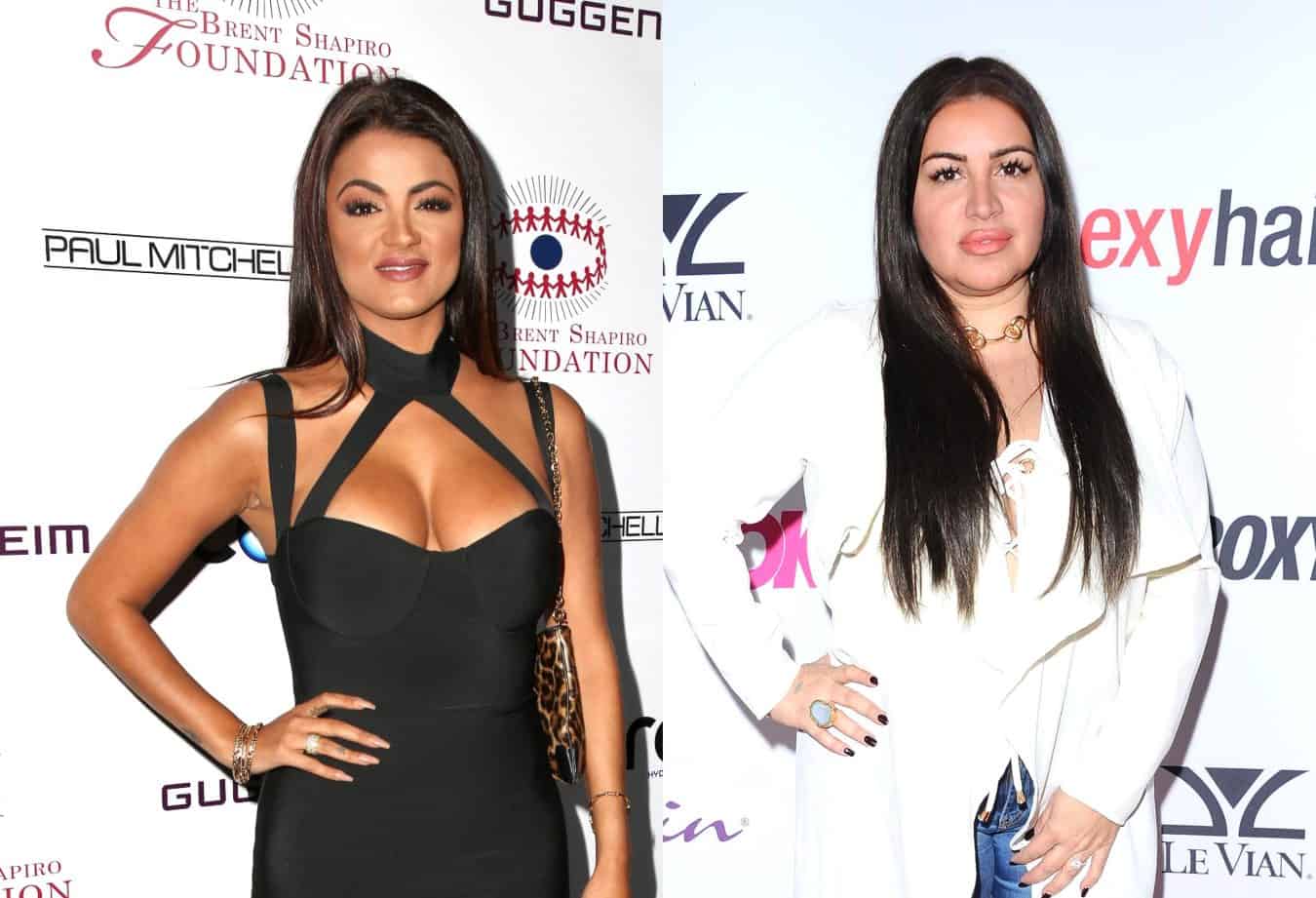 Mercedes “MJ” Javid shared a post that showed her being dissed by her Shahs of Sunset co-star, Golnesa “GG” Gharachedaghi.

After seeing that GG shared and deleted a post on Instagram in which she appeared to take vicious aim at MJ’s weight, MJ and her husband, Tommy Feight, reacted to her post. Tommy also targeted MJ’s former bestie, Reza Farahan, and threatened to tell all about their ongoing feud.

“Y’all remember when OG mama Shamu gave birth to baby Shamu during their live show?” GG asked in her now-deleted post, which included a photo of a killer whale and its calf.

In response, MJ shared a screenshot of GG’s post, which appears to have been made last April while MJ was still pregnant, and accused her of recently mocking the birth of her son, Shams Francis, after which she nearly lost her life.

“Golnesa’s version of women supporting women. Confusing to me that she STILL goes on to mock my birth experience on wwhl and lie about the sexual harassment comment coming from ME. EVERYONE who knows Adam & Ali, know who they are and how they talk to each other. To each their own,” MJ wrote. 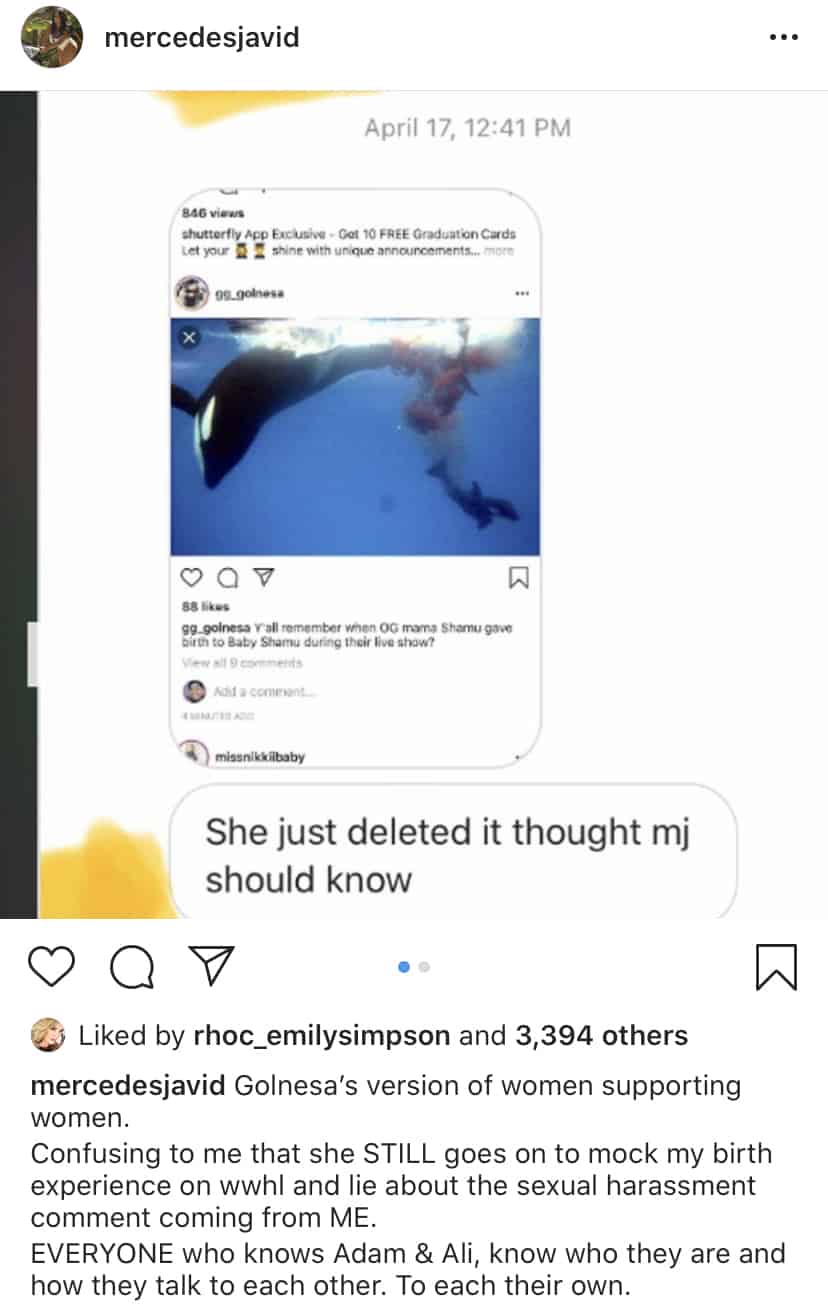 “She posted this while my life was in a coma after giving birth to our son – she is an animal and there will be a cheering section at her funeral,” Tommy shared, along with several hashtags criticizing GG’s antics. 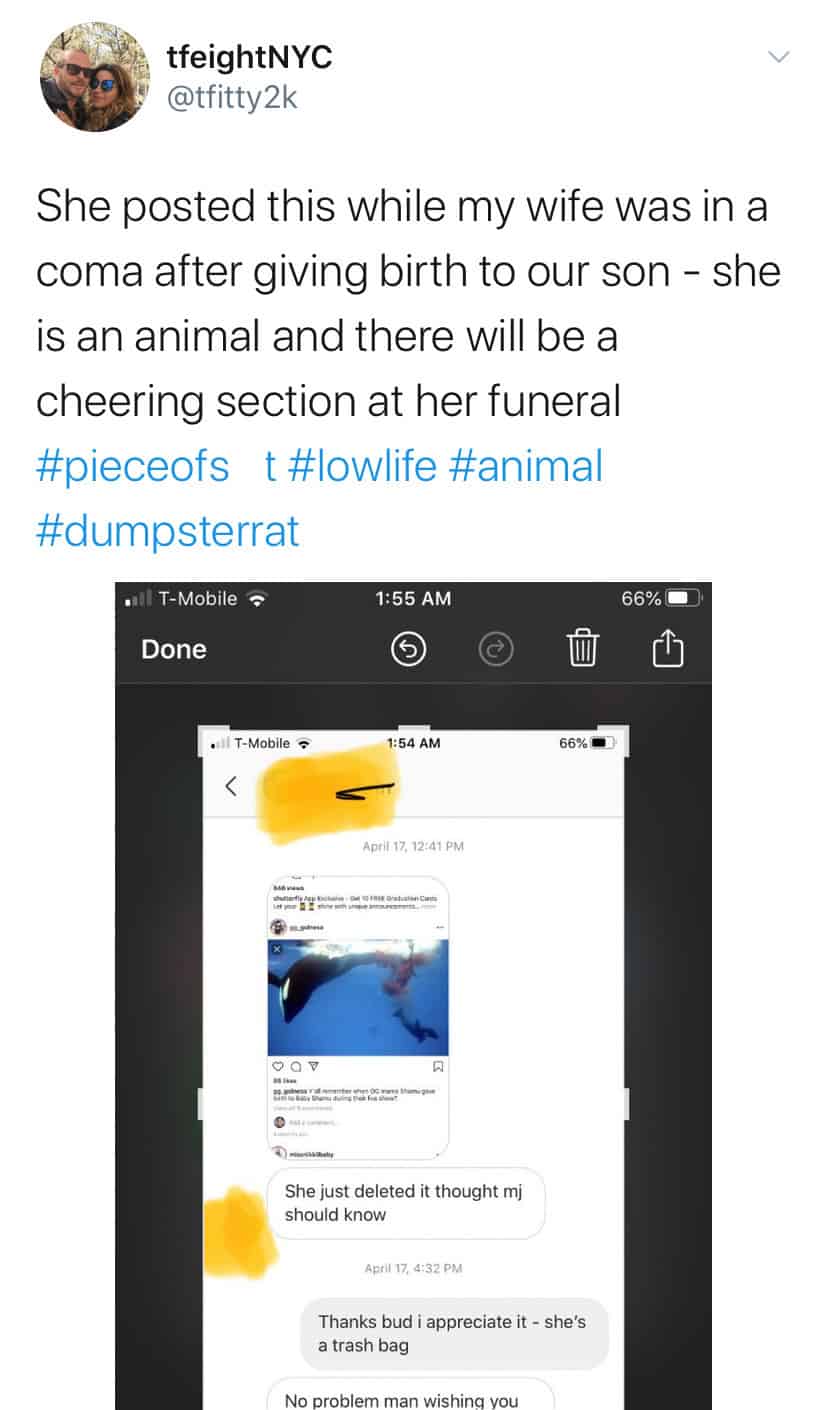 On Instagram, Tommy continued his comments against his Shahs co-stars by taking aim at Reza and threatening to share any information about his feud with MJ that isn’t aired on season eight.

“We signed a contract and I am obligated to keep quiet until everything airs – they know everything – I hope they show everything – but if they try to protect this narcissistic egotistical jerk off then I’m telling everything,” Tommy warned. 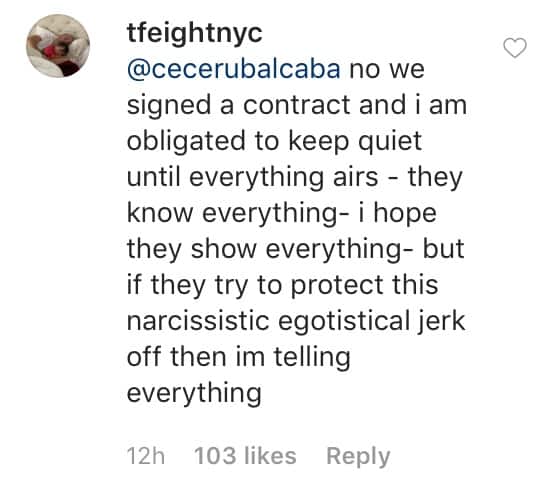 In a second comment, he added, “Everyone needs to chill – Reza is just as big a lowlife bully scumbag as his perverted sh*t kicking hillbilly doofus of a husband – trust me – and I can’t wait to tell all I know.”

Tommy even volunteered to undergo a polygraph test in hopes of proving his case against Reza. 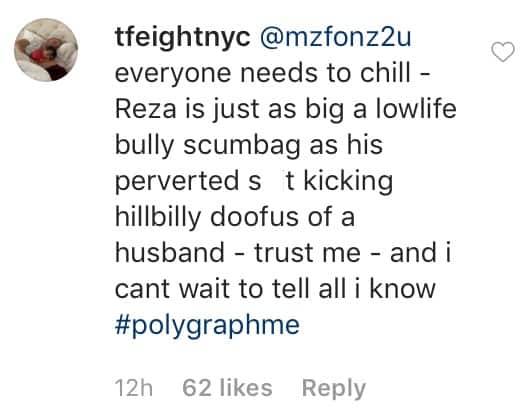