Home Real Housewives of New Jersey News Jennifer Aydin Reveals What She Said About Melissa Gorga That Bravo Cut Out of the RHONJ Reunion, Claims She’s “Not a Favorite” of Andy Cohen’s

Jennifer Aydin Reveals What She Said About Melissa Gorga That Bravo Cut Out of the RHONJ Reunion, Claims She’s “Not a Favorite” of Andy Cohen’s 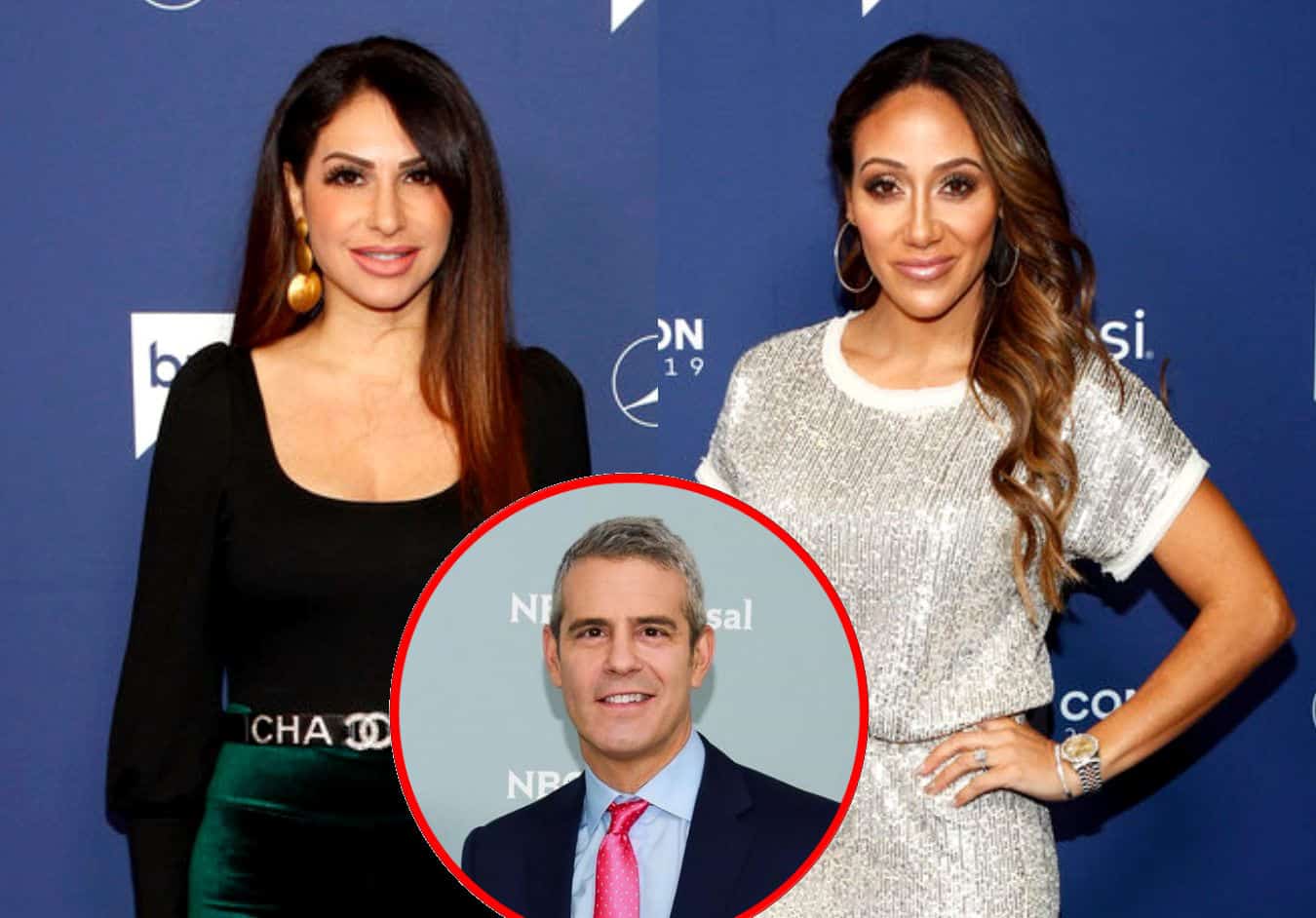 Jennifer Aydin claims a major moment of The Real Housewives of New Jersey reunion was left on the cutting room floor.

After the second installment of the three-part special aired on Wednesday night, Jennifer took to Twitter, where she confirmed an unaired moment between herself and Melissa Gorga before suggesting it is Andy Cohen‘s job to be shady and admitting to thinking she is “not his favorite” cast member.

Following the reunion episode, a fan on Twitter said that while Melissa inserted herself into the argument Jennifer and Jackie Goldschneider were having about Jackie’s Chanel duds, she had quite the nerve to do so.

“Wait Melissa really inserted herself into Jackie and Jennifer conversation about Chanel .. and then questioned Jennifer on being thrifty I wish Jennifer asked if ENVY was still selling the cheap authentic Chanel,” the fan wrote. 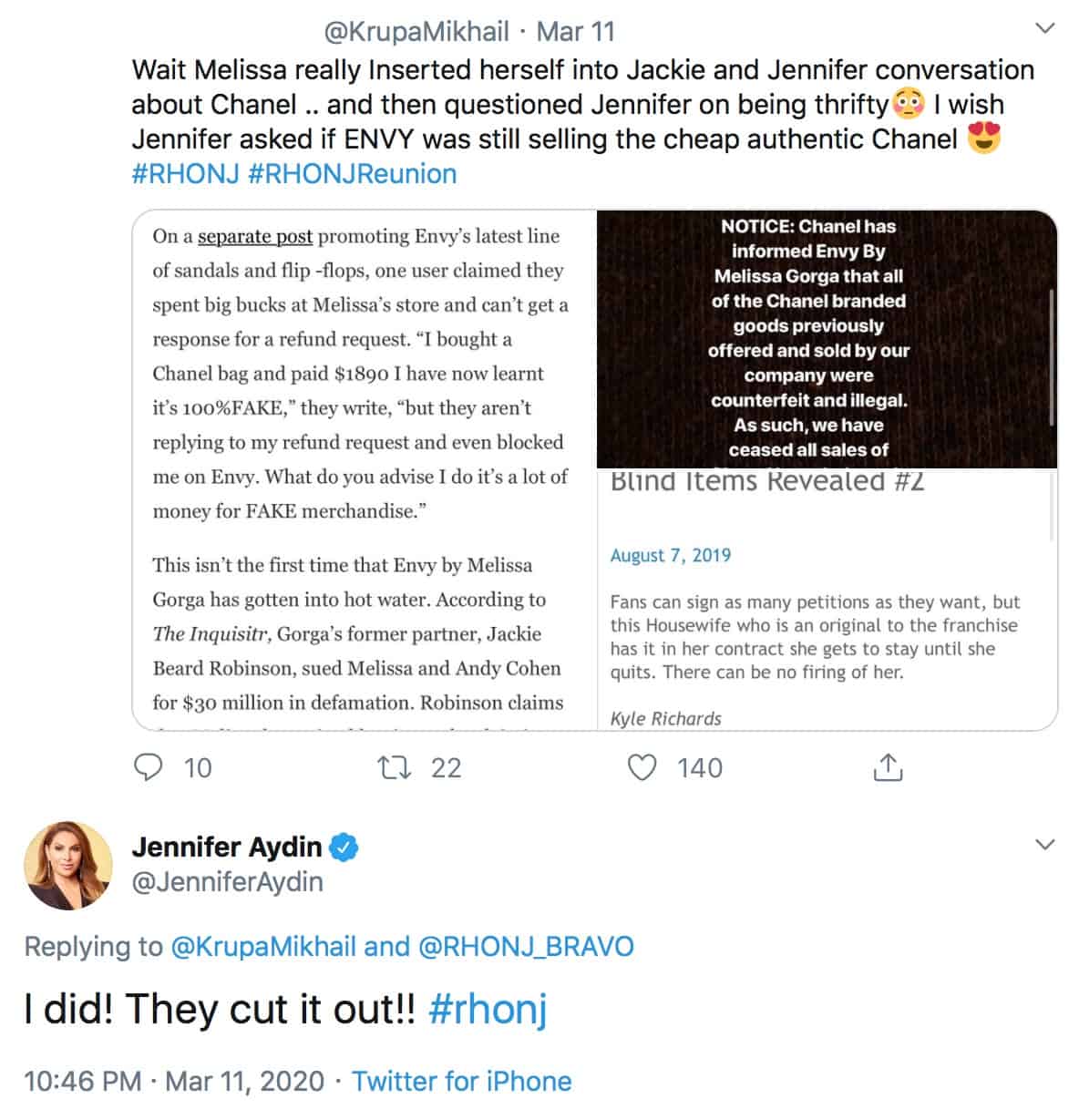 In the fan’s tweet, a number of screenshots were included that mentioned how Melissa was caught selling fake Chanel bags at her ENVY boutique. As RHONJ fans may recall, Melissa announced in 2018 that after a number of her Chanel products were deemed illegal and counterfeit, she had stopped selling the brand at her store.

In another series of tweets, Jennifer seemingly took aim at Andy for being harder on her than the rest of the cast as she responded to a conversation a couple of RHONJ viewers were having about Andy not liking her.

“Do you really think [Andy] doesn’t like you? Maybe he was just annoyed because you kept interrupting,” one person noted.

“I just say what everybody’s thinking,” Jennifer replied in quotes. 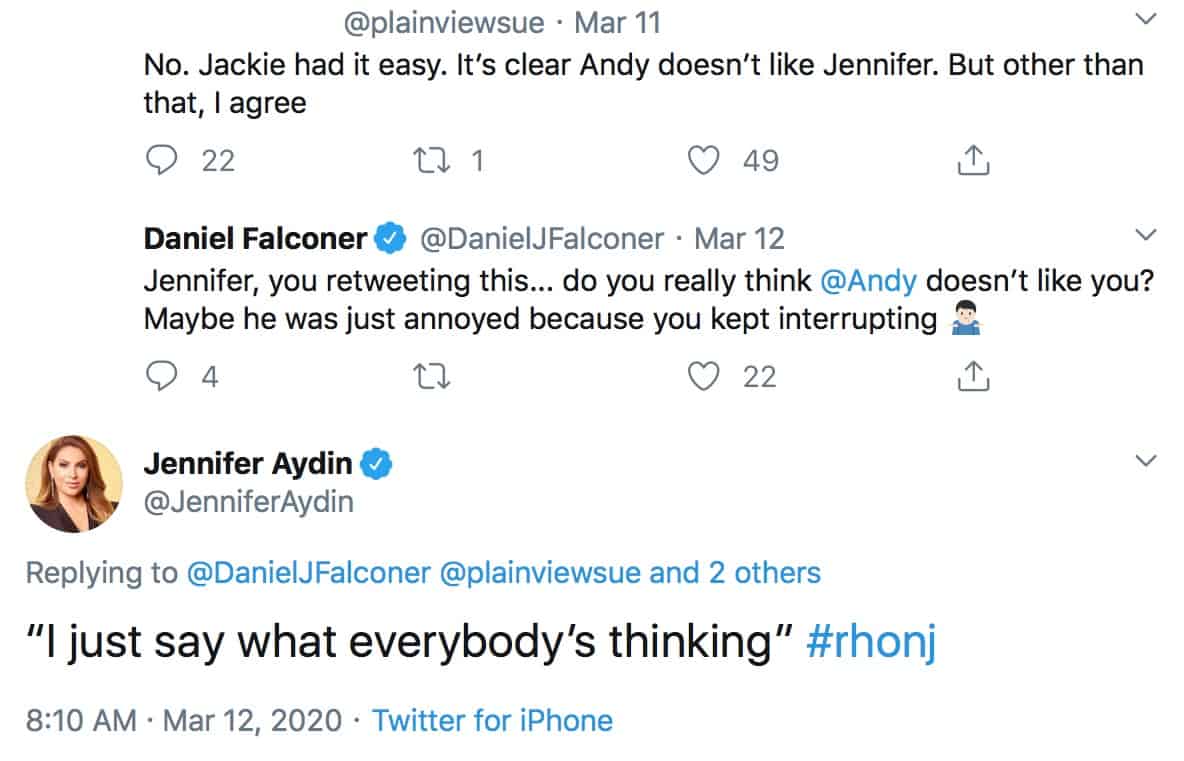 Jennifer then took aim at Andy’s “shady” behavior before admitting that she’s clearly not his favorite RHONJ star.

“I want to know why [Andy] acts so shady towards [Jennifer Aydin]. I don’t like it,” a fan wrote.

“I think it’s his job to be shady,” Jennifer responded. “He is, after all, the king of all housewives. And yes, I’m obviously not his favorite but that can always change- I’m spicy and an acquired taste-like tequila.” 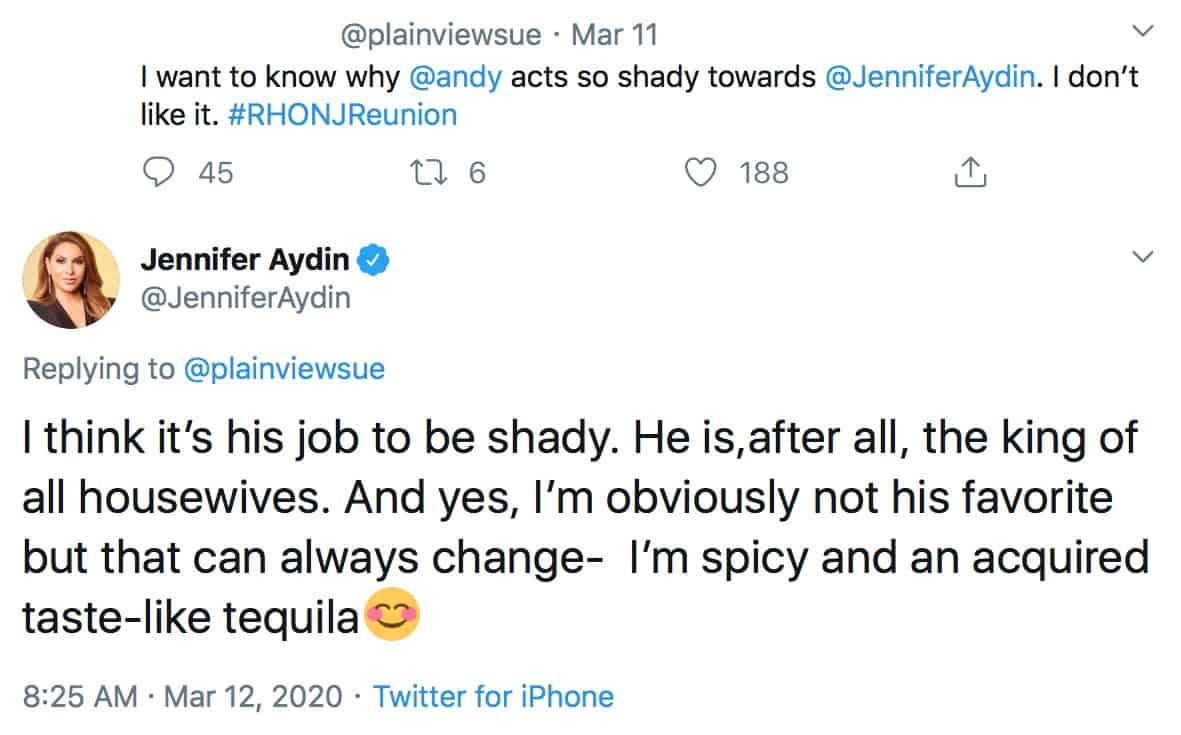